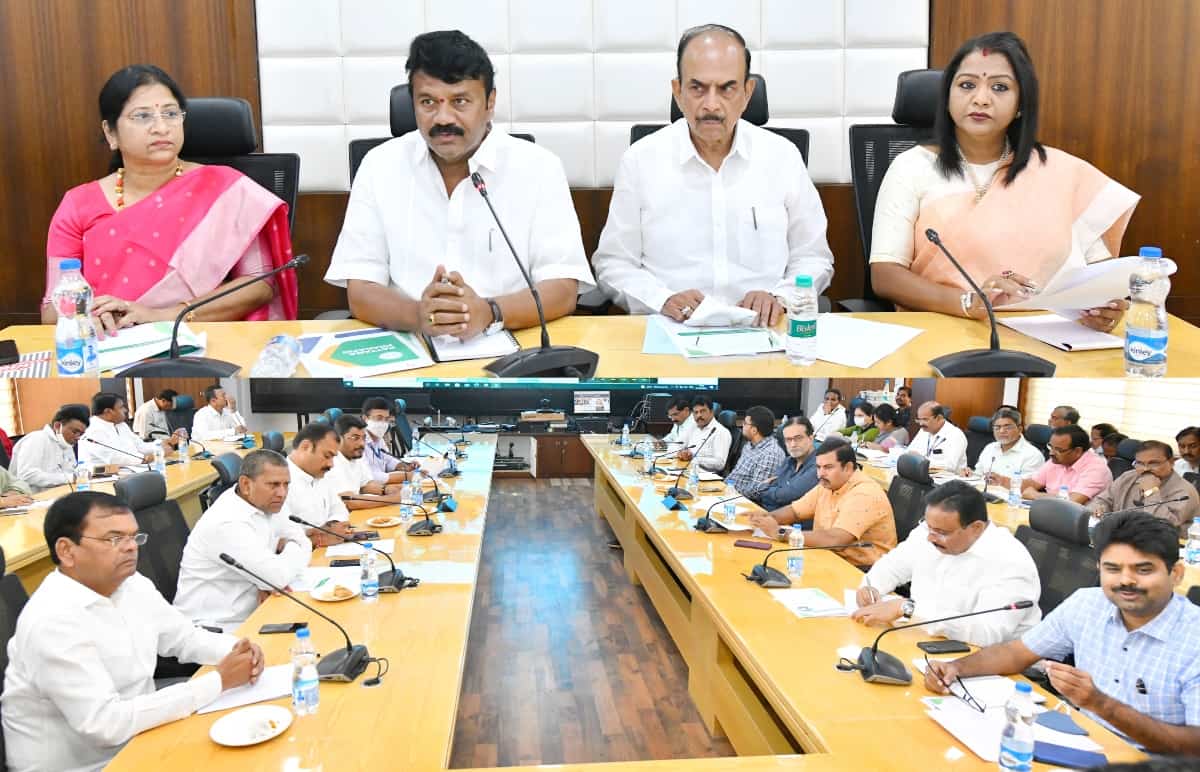 Hyderabad: In a meeting held by the Greater Hyderabad Municipal Corporation (GHMC), MLAs and government body representatives spoke about the works ongoing in their respective areas, as the state government plans to expedite development works under Pattana Pragathi, the urban development program.

Telangana minister for animal husbandary, fisheries and cinematography Talasani Srinivas Yadav said the urban development program, which will take place from June 3 to June 18, should be completed successfully.

The minister said, “Pattana Pragathi program will see the participation of the people in 391 teams deployed in 4846 colonies in 150 wards across the Greater Hyderabad region. Garbage collection and dredging will be done in government hospitals, buildings, schools and community halls.”

He added that fogging and spraying programs will be carried out extensively to prevent the spread of mosquitoes by the Department of Entomology.

Response of other political leaders:

Amberpet MLA Venkatesh said that GHMC vehicles should be fully utilized to make the program a success. “The program will result in the complete elimination of garbage in Amberpet constituency.”

Khairatabad MLA Danam Nagender added that providing advance information to the people on Pattana Pragathi, they will be able to know their problems. “Steps are being taken to turn Silent Valley into a park at road number 46,” he added.

Bahadurpura MLA Mohammad Mozam Khan said fogging should be carried out in the Musi catchment areas to prevent the spread of mosquitoes.

Goshamahal MLA Raja Singh said, “We need to increase the number of GHMC vehicles in each ward.” He added that the program must improve the drainage system which has been pending for many years in Adarsh ​​Colony. The upper part of the nala was excavated at Gowliguda. But due to the lack of overflow in its lower part, the water stagnated and the problem arose again.

City mayor Gadwal Vijayalakshmi said that as part of the urban progress, steps should be taken to ensure that construction waste, drainage and sanitation work in all the colonies continue uninterrupted.