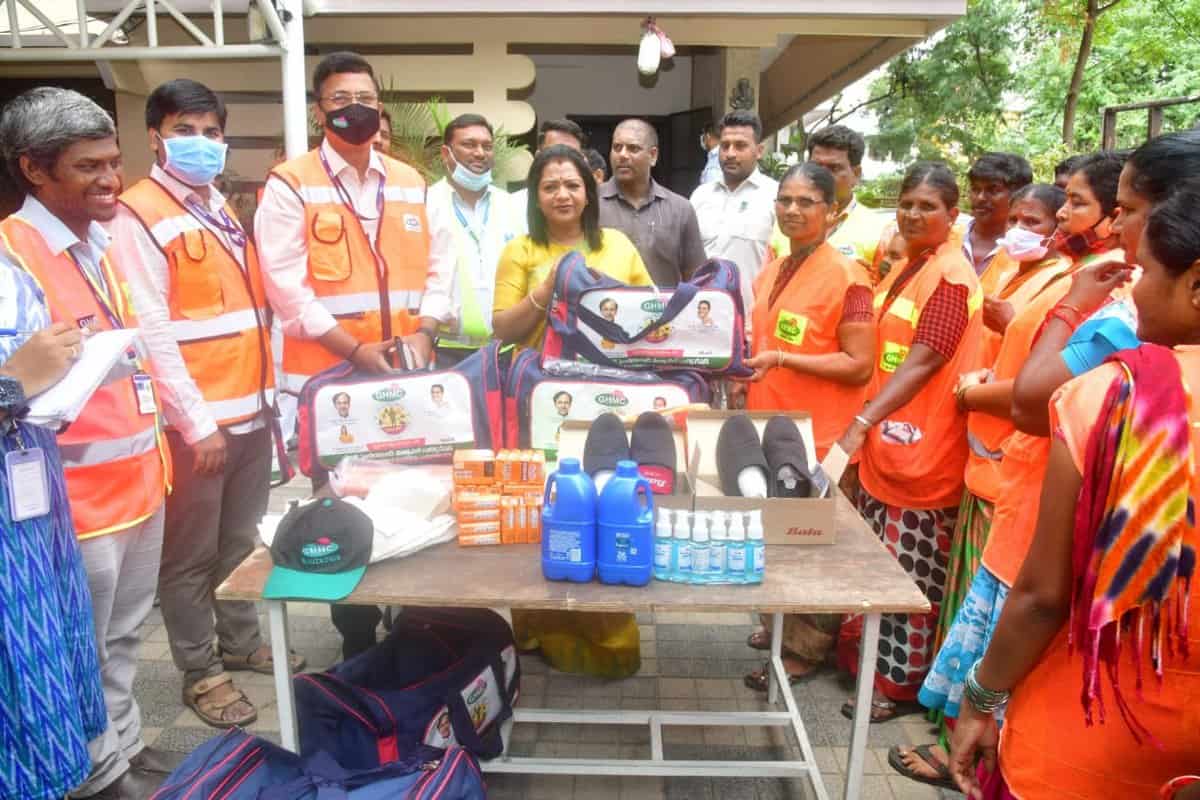 Hyderabad: City Mayor Gadwal Vijayalakshmi appealed to citizens that everyone should take precautions to prevent dengue from spreading.

As part of the prevention of dengue disease, the mayor along with zonal commissioner Ravi Kiran, chief entomologist Rambabu and DC Rajani Kanth Reddy started the fever test program in the NBT Nagar ward where dengue disease is most registered.

On this occasion, the mayor interacted with the residents of NBT Nagar and created awareness about preventive measures to prevent dengue disease.

Speaking on this occasion, Mayor said that the citizens ensure the surroundings are neat and clean. “At least every Sunday at 10 am for 10 minutes all the family members should participate in cleaning the surroundings. People should be alert to prevent the spread of diseases during the rainy season,” she added.

The Mayor said that the staff working in the entomology department under the GHMC have been made responsible to look after 4846 colonies, with each person for two or three colonies. She said that they will not only go door to door to create awareness about mosquito-borne diseases but also take preventive measures, like fogging and spraying to prevent mosquitoes from breeding in stagnant areas.

Vijayalakshmi further said that people will be made aware of the evils caused by mosquitoes and preventive measures will also be taken.

“Asha workers shall collect blood samples from people with fever and citizens to cooperate with them,” the mayor said.

On this occasion, She distributed safety kits to entomology and sanitation workers and also distributed wheel dust bins.

Senior entomologist Rajni, Rajitha and other medical staff participated in this meeting.