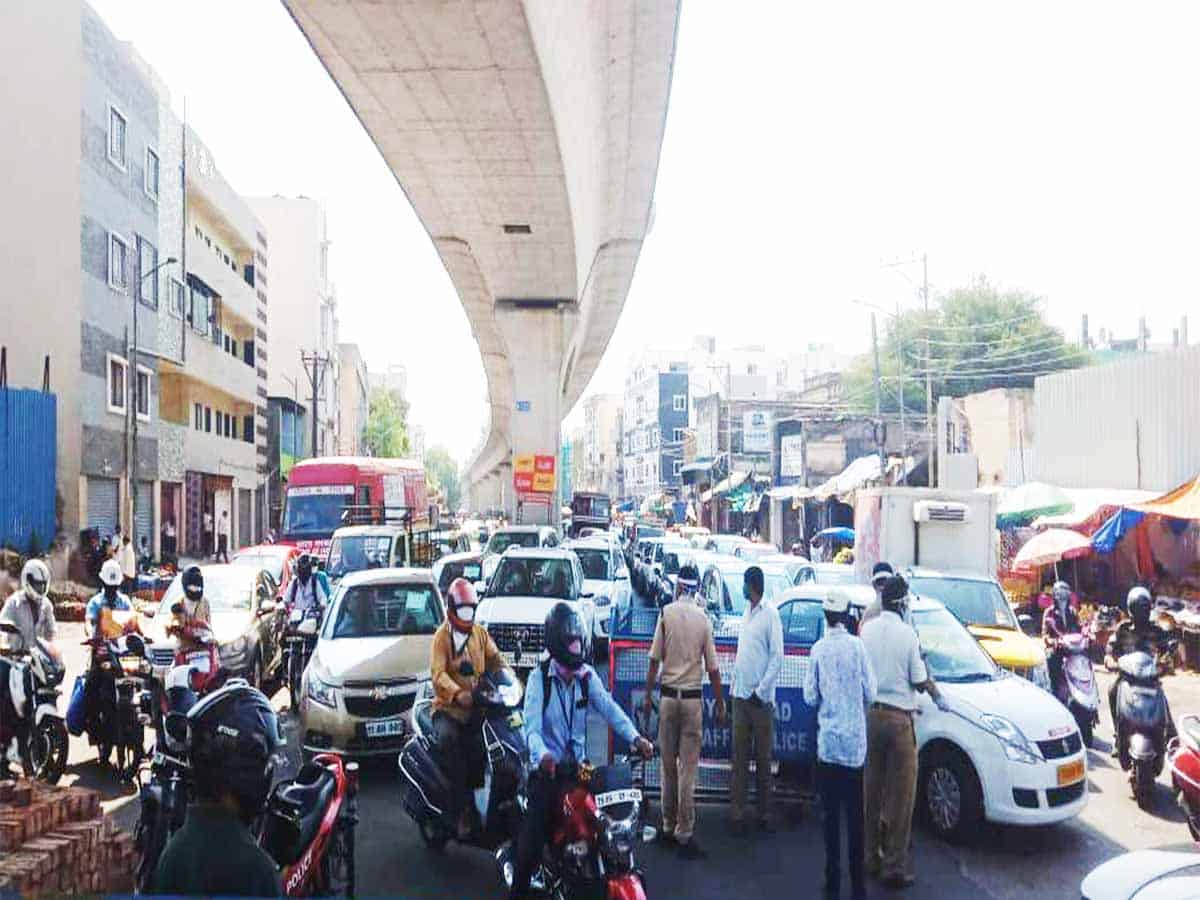 Hyderabad: For smooth flow of traffic in the city, the Greater Hyderabad Municipal Corporation (GHMC) has planned 13 Junctions across the city.

On Tuesday, the Municipal Administration and Urban Development Minister KT Rama Rao (KTR) inspected the work taken up by the MA&UD department and directed the officials to focus on development including the restoration of main roads.

Urban Development Special Chief Secretary Arvind Kumar tweeted, “Minister KTR reviewed the improvement of traffic junctions in GHMC Online which in addition to pedestrian safety will add to the aesthetics of proposed designs at Narayanguda, Nagarjuna circle, IDPL & Sangeet theatre xing a total of 13 such junctions by Jana Urban Space.”

The GHMC is simultaneously preparing to install 94 Pelican signals outfitted with a push-button option for safe pedestrian crossing, in conjunction with the Junction Improvement Programme. The signals will be put in at key locations, including hospitals, colleges, schools, and areas with a lot of pedestrian traffic.

Foot-over bridges (FoBs) are also being erected at various locations in the city to further improve pedestrian safety. The majority of FoBs feature escalators and lifts for senior folks.