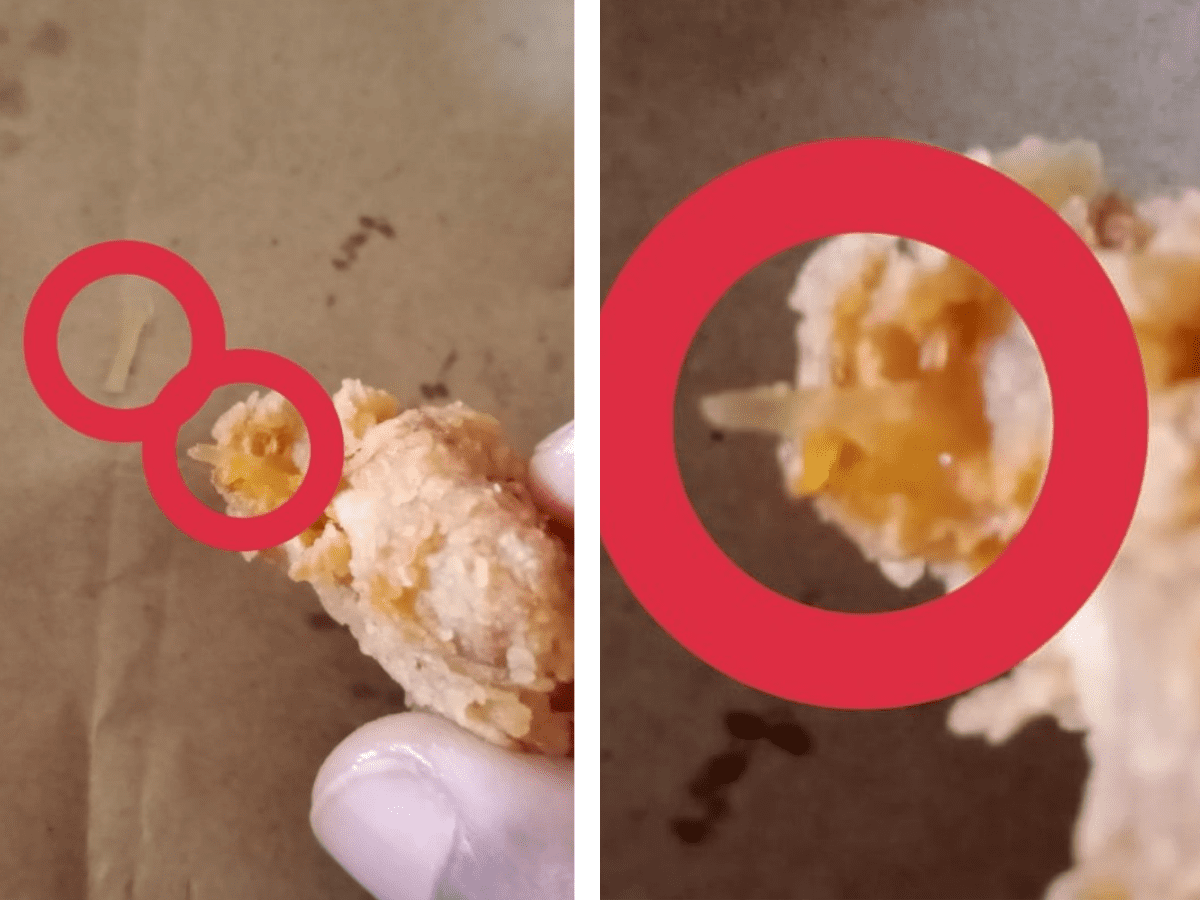 Hyderabad: A city based activist complained to GHMC with Kentucky Fried Chicken (KFC) after he discovered a rubber band in a fried chicken dish he ordered from the restaurant.

Sai Teja, a civic activist, took to Twitter to state that the chicken he purchased on Sunday contained a rubber band. He initially complained to KFC about it but received no answer from them.

Activist Sai Teja speaking to Siasat.com said, “I felt something in my mouth while eating my fourth piece of chicken that felt like plastic but appeared like rubber when I inspected it closer. I phoned KFC and told them about the issue, and they gave me a customer service number. When I contacted the KFC customer service phone line, it was not answered.”

When the establishment did not respond to his concern, Teja complained to the Greater Hyderabad Municipal Corporation (GHMC). Following Teja’s complaint, the GHMC dispatched food inspectors to look into the matter.