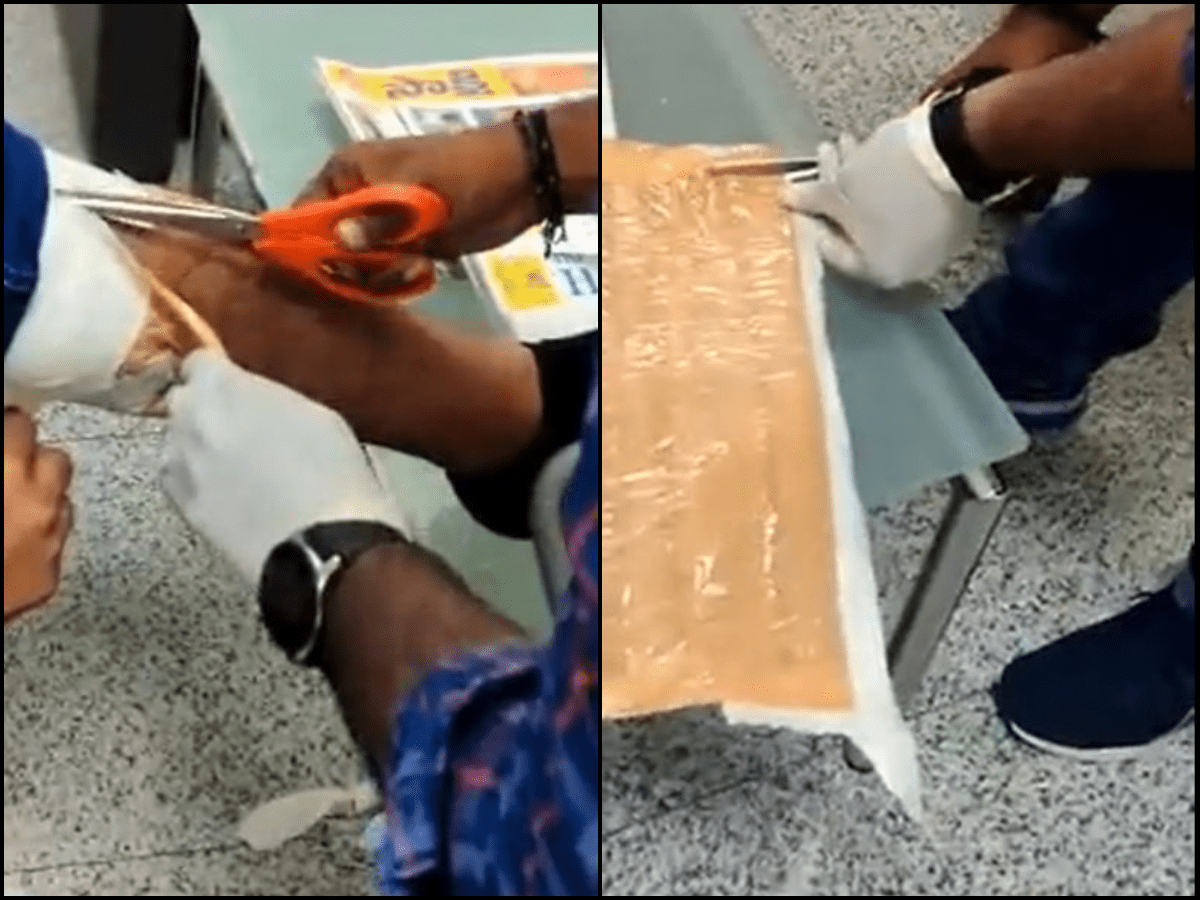 Hyderabad: A passenger who arrived at the Hyderabad airport on Monday was arrested after gold worth over Rs 47 lakh was found hidden under bandages wrapped to the calves of both his legs.

The Customs officials detained and questioned the passenger arriving from Sharjah at the International arrivals area based on valid information.

The customs officials investigated him further and discovered that he had hidden gold in paste from inside the bandages attached to his calves on both legs. The bandage was removed, and the paste was retrieved.

The gold retrieved from the paste weighed 970 grams and is worth Rs 47,55,642. The gold was taken, and he was arrested for interrogation.

Last week, Saudi Riyals valued at Rs 34.49 lakhs were seized from a 24-year-old Indian national Mohd Naseer, who was scheduled to fly to Sharjah from Rajiv Gandhi International Airport (RGIA) in Hyderabad.

On December 1, Customs officials apprehended two male passengers bound for Dubai. They had seized 89,500 Saudi Arabian Riyals and 2,900 UAE Dirhams worth Rs 17.75 lakh from the duo.
The airport has witnessed a series of incidents of seizure of foreign currency, mostly Saudi Riyals and UAE Dirhams, in recent weeks.