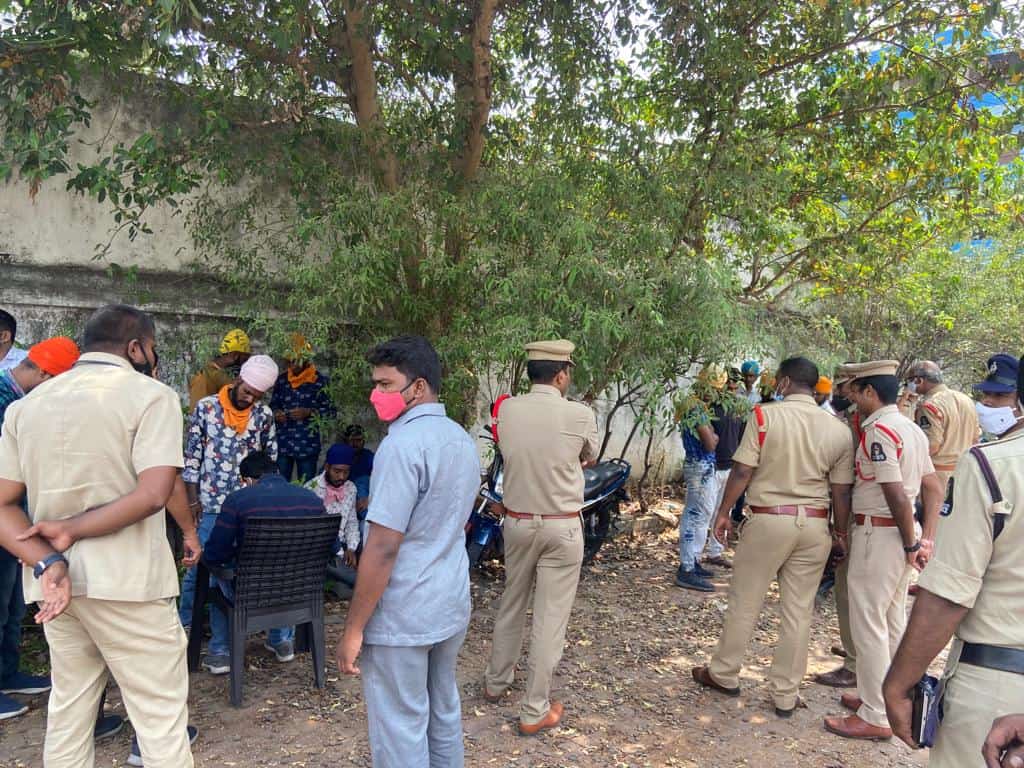 Hyderabad: Tension prevailed at the historic King Kothi palace here on Tuesday, when over 100 goons tried to barge in and forcefully occupy the site. They were reportedly sent by Sukesh Gupta, a jeweller who is an accused in bank and other fraud cases. His henchmen tried to forcibly enter and take possession of the palace.

The King Kothi palace is where Hyderabad’s last Nizam Mir Osman Ali Khan lived and died (in 1967). Run by the Nazri Bagh Palace Trust, it was finally sold-off formally to Neeharika Infrastructure Pvt Ltd on March 28, and the company also possession of the palace. It also received a delivery certificate after completing the sale transaction.

According to eyewitnesses, about 140 persons, with carrying swords and lathis, tried to barge into the palace. They even tried to break open the gate using an earthmover. However, the Narayanguda police landed on the spot and took about 40 people into custody, while others escaped.

The Enforcement Directorate had earlier registered a case against Sukesh Gupta on charges of money laundering and for selling the palace using fraudulent documents and fake sale deeds.

Rajesh Agarwal from Neeharika Infrastructure told Deccan Chronicle that Sukesh Gupta and Biyani had initially entered into an agreement with the trust and his company later invested Rs 70 crore, cleared all the arrears including the pending amount to be paid to the Trust and took possession of 28,000 square yards.

Agarwal alleged that Sukesh Gupta’s men forged board resolutions and sold the property to another company with backdated sale deed. “However, the trust after receiving the full sale consideration handed over the possession to us,” Agarwal told Deccan Chronicle.

The King Kothi palace was also in the news few years ago, after was found that ex-staffers of the Mumbai-based Neeharika Infrastructure, had reportedly forged documents and sold the property to a Kashmir-based hospitality firm.

According to the report, the palace was sold by the by the Nazri Bagh Palace Trust to the construction company years ago, but when officials from Niharika Infrastructure visited the place, they were realised that the ownership was transferred. It was reported that the Mumbai police and Enforcement Directorate were investigating into the matter.

The palace had three portions, Osman mansion (which was torn down in the 1980s), Nazri bagh, and the Purdah gate, which was called so as it would always be draped in a curtain. The main building has been converted into a government hospital as well.