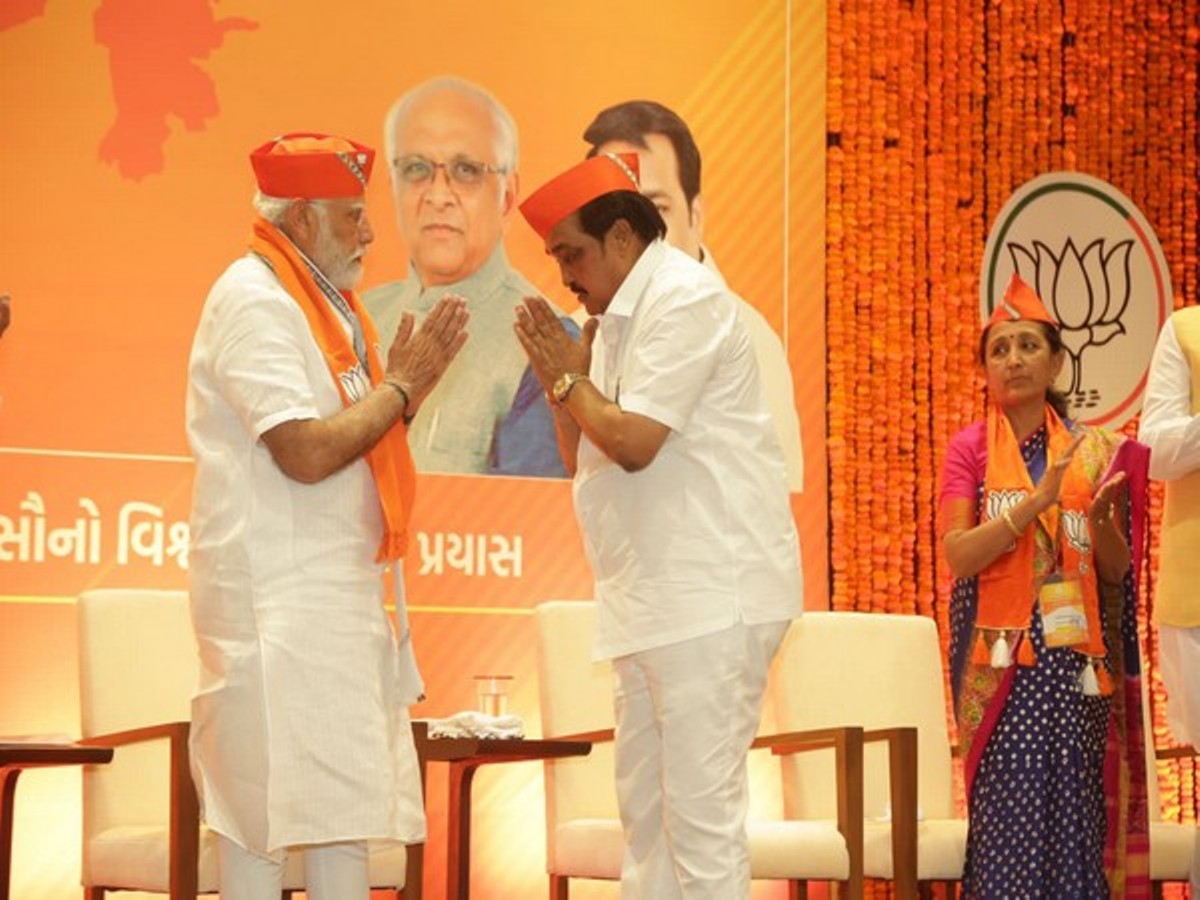 Hyderabad: On the second day of Bharatiya Janata Party’s (BJP) national executive meeting in Hyderabad a resurgent flavour of Gujarat would be witnessed on Sunday.

The BJP state unit will be distributing the newly created BJP Gujarat caps to all the members of the national executive today.

During the last session of Parliament, the BJP state unit sent these caps and nutrition bars to all the members of Parliament.

A source aware of the development told ANI, “Gujarat has been in the news for all the reasons, especially because of Prime Minister Narendra Modi and Union Home Minister Amit Shah, they both come from the state. These caps will be distributed to the members of the executive when they will come for the meeting on the second day. Many versions were reviewed after which the final design was approved by the state leadership and the cap was prepared in Surat which is the textile hub of the country and under the guidance of BJP state president CR Paatil.”

The saffron colour cap is made out of cotton fabric but work has been done to make sure that the quality is not compromised. Quality cotton has been used in its making. Unlike the previous caps where BJP was written in Gujarati in bold letters, this one has been made in a sleek fashionable manner.

A thin patch of embroidery has been put on the cap and Bhajap (Gujarati) has been beautifully inscribed on it along with a lotus pinned on it at the centre, which is of course the symbol of a BJP.

The design of the cap seems to be inspired by the cap from Uttarakhand with the Brahma Kamal that Prime Minister Narendra Modi recently wore on Republic Day.

“We have been wearing the saffron colour cap in Gujarat for many years but this time we thought we should work on the quality and make the design attractive,” a senior leader from Gujarat told ANI.

The battle of Gujarat Assembly elections is slated to take place later this year with the BJP holding this bastion strongly for decades with Prime Minister Narendra Modi being the longest-serving chief minister for 21 years before coming to Delhi to become the Prime Minister.