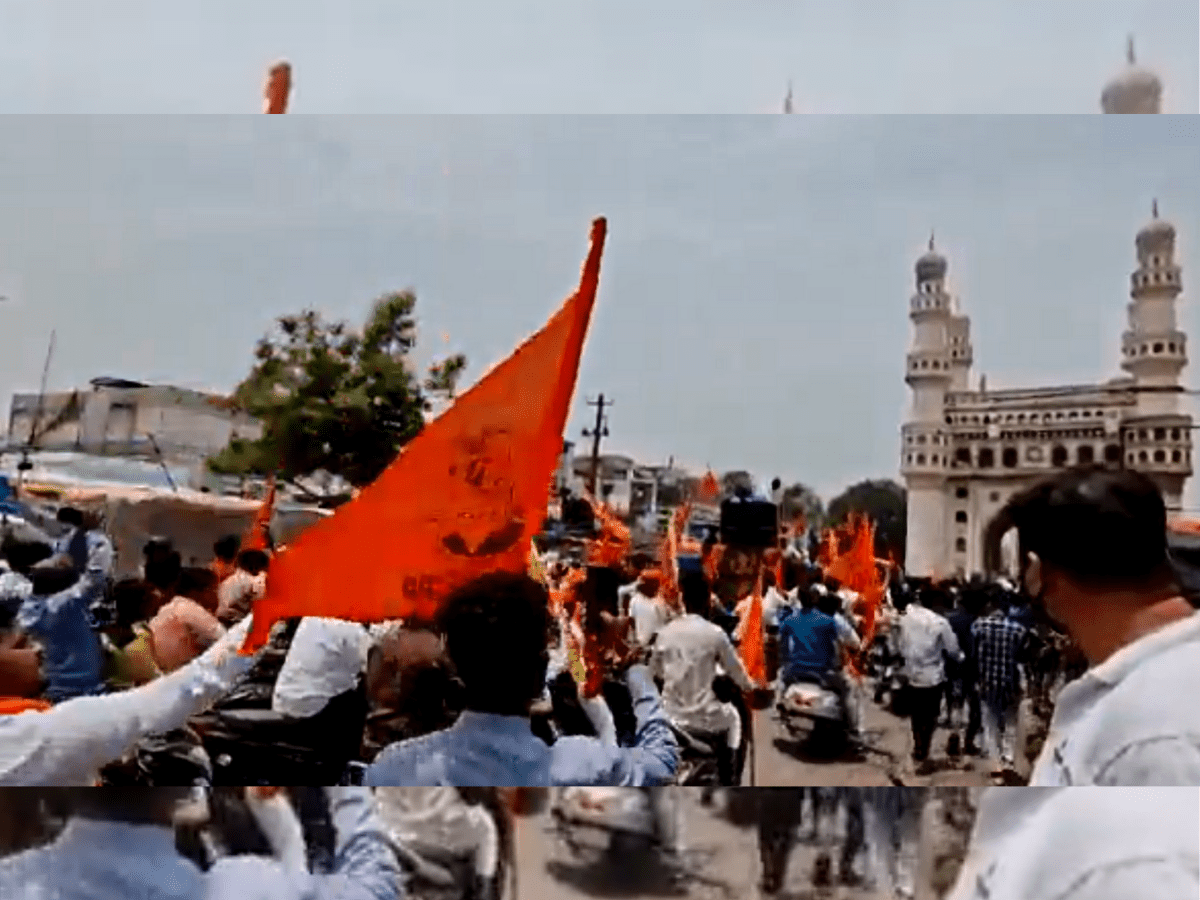 Enroute many tributary processions from Cyberabad, Rachakonda commissionerates also joined the main procession in city limits. Police commissioner Hyderabad CV Anand and along with other senior officers made a field visits to multiple junctions to take stock of the situation during the day.

Sri Sri Riteshwarji of Orissa and Amar Linganna of VHP were the chief guest for Hanuman Jayanti rally.

“As many as 56 tributary processions joined the main Shobha Yatra. The procession was completed peacefully with the cooperation of other govt departments ,devotees and general public.

Later the procession was monitored the visuals being broadcast by the drones and CCTVs s along the multiple routes in the joint command control center in CP office where senior officials of RTC, R&B, GHMC, EMRI, Fire, Electricity departments were present.