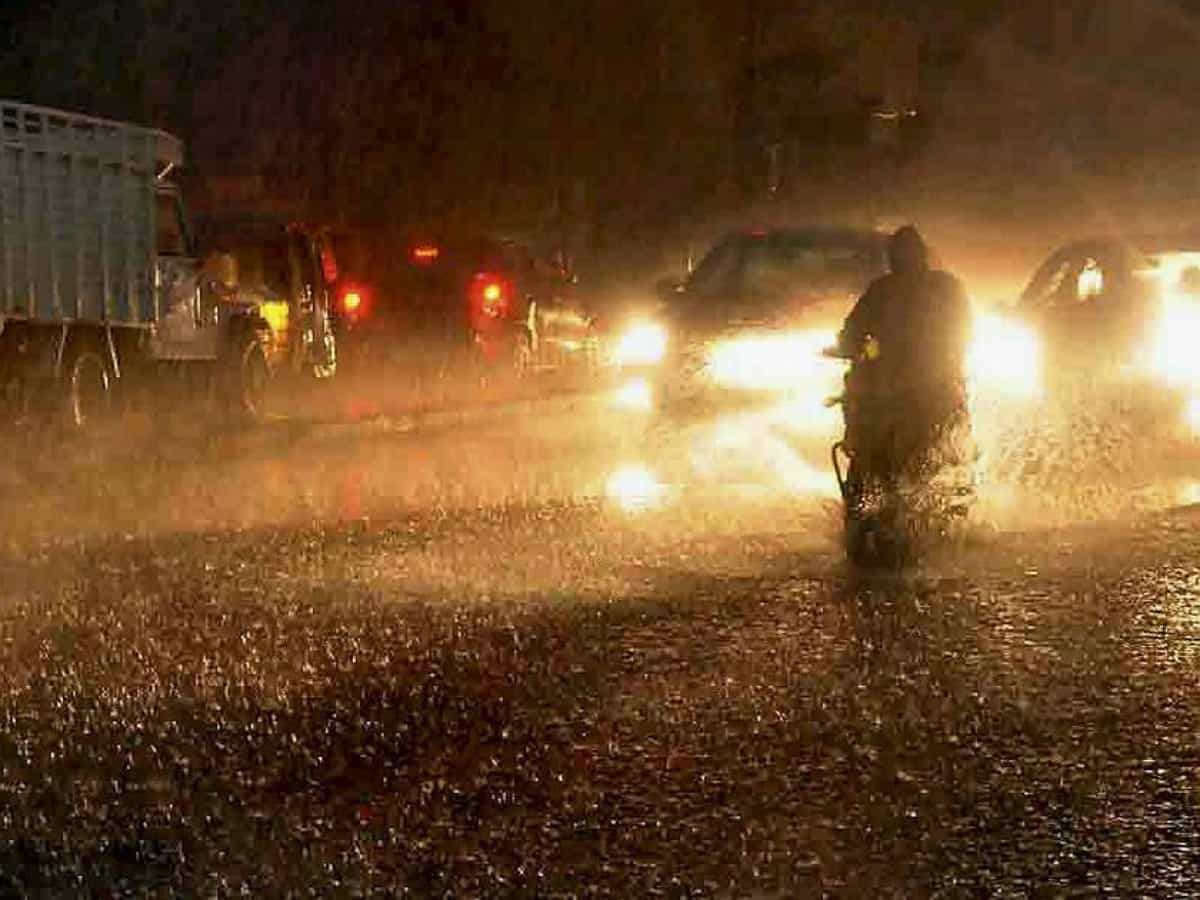 Hyderabad: Hyderabad and other districts of Telangana State are likely to witness heavy rainfall in the next 72 hours.

Issuing a yellow alert, the weather department predicted that apart from Hyderabad, southern districts of Telangana may also see heavy rainfall. The department in its advisory has asked the people living in the low-lying areas to be cautious.

Yesterday, heavy rainfall along with winds was witnessed for more than an hour in Hyderabad and Secunderabad.

The GHMC relief teams were also seen removing the water from the low-lying areas.

As the weather department has predicted heavy rainfall in the city, the GHMC’s Disaster Relief Force (DRF) and EVDM teams have been instructed to be on standby.