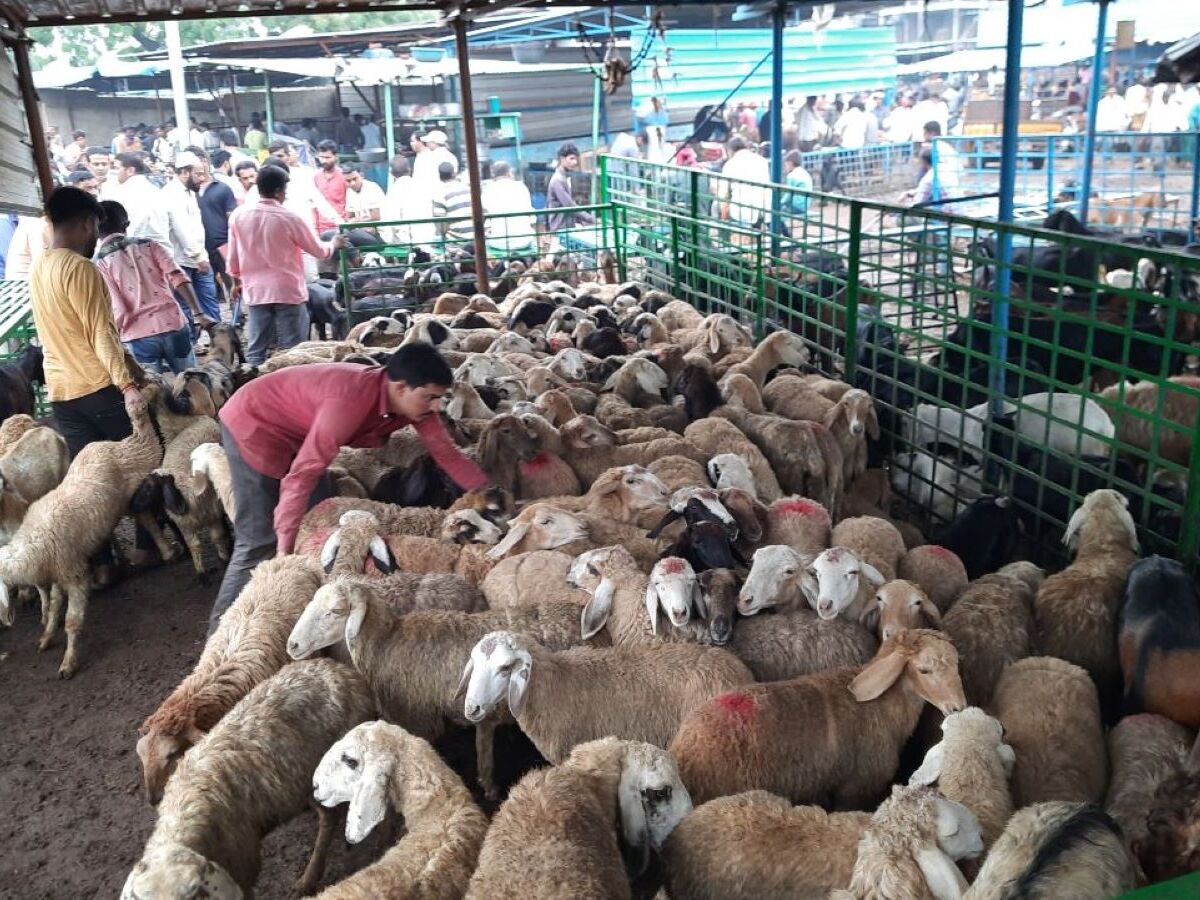 Hyderabad: The ongoing incessant rains in the city have dampened the sale of sheep, ram and goats in the run up to Bakri Eid or Eid ul Adha festival, which will begin from Sunday. The continuous downpours have been constant from the past 36 hours in view of a passing cyclone.

In Hyderabad, livestock markets near the at Salar Jung Museum, Chanchalguda, Mehdipatnam, Falaknuma, Jalpally, Jiyaguda, Nanalnagar, Mallepally and other places have been rather dull over th elast few days owing to the rainfall. Animals for sacrifice are sold in the run up to Bakri Eid.

A trader from Mallepally, Mohd Nayeem, said that due to rains the people are staying indoors and so far enquiries have also been less. “We expect the buyers in Hyderabad to come in late evenings or on Sunday morning to buy it. Keeping the animals at in covered shelters is a bit of a difficult task when it’s raining,” he said.

Around two lakh sheep, among other sacrificial animals, are sold in Hyderabad during Bakri Eid or Eid ul Adha. Another trader named Wajahath from Chanchalguda pointed out that due to the weather forecast people have changed their mind and are instead preferring Qurbani services of professional butchers who take care of the sacrifice, cleaning, cutting and then delivering of meat to homes of customers.

“They feel it is a better option than running around for a butcher in the rain,” Wajahath added/ On the occasion of Bakri Eid, Muslims sacrifice sheep or cattle, and divide the meat into three equal parts. While one part is distributed among friends, acquaintances and relatives, the other part is for the poor and destitute and the remaining one for them to keep for themselves.

In Hyderabad, sheep traders from different districts of Telangana and adjoining Andhra Pradesh, Maharashtra and Karnataka sell livestock in the city. A sheep yielding around 12 kilograms of meat is sold for Rs. 10,000 in the market. Usually people purchase a goat/ sheep which yields between 11 and 14 kilograms for the sacrifice. Some rich families purchase big rams priced between Rs. 20,000 and Rs. 50,000 each.

Meanwhile the Telangana State Waqf Board had asked people visiting the Eidgah Miralam for Bakri Eid or Eid ul Adha prayers to carry their own mats as there is rain forecast for Sunday as well in Hyderabad. Over the last 3 days, the city has seen bouts of rain at different times. Heavy rainfall lashed the city a day earlier, leading to several areas getting water-logged on Friday night.