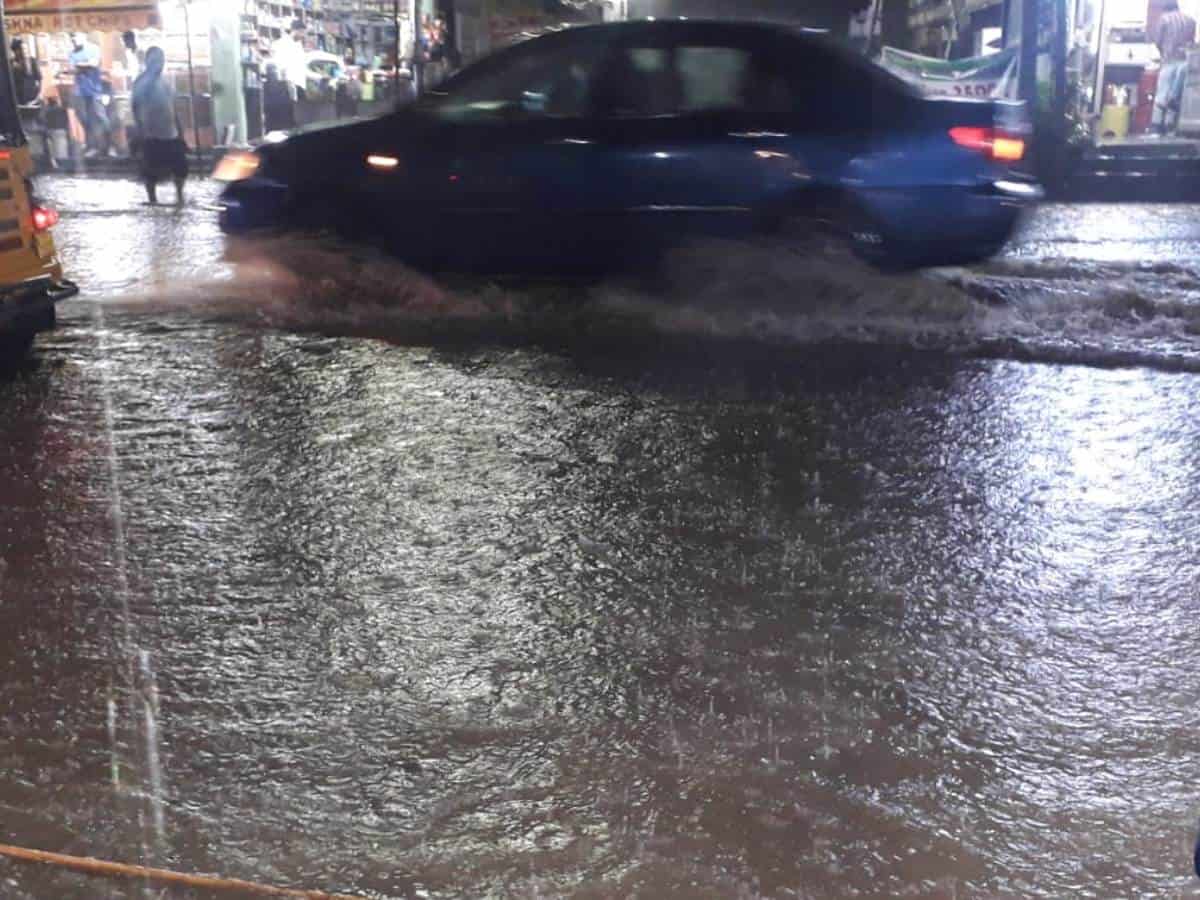 Hyderabad: Heavy rains once against lash Hyderabad on Monday morning resulting in the inundation of many low-lying areas in the city.

Within a few minutes, the rains turned most of the old city streets into lakes. Apart from waterlogging, some areas in the city witnessed power outrage.

The rains once again pose threat to areas along the Musi river as the heavy rains will increase the water level in the river.

Recently, the water level in the river increased after authorities opened the gates of Osman Sagar. Due to the huge inflow of water into the river, the low-lying areas were inundated. Water entered houses located along the river.

Seeing the rise in the level of water in the Musi River, authorities had closed Puranapul, Moosarambagh and Chaderghat bridges as a precautionary measure.

Hyderabad to witness rainfall for next three days

As per the Telangana State Development Planning Society (TSDPS) forecast, Hyderabad will witness rainfall for the next three days.

The maximum and minimum temperature in the city is likely to be in the range of 31-33 and 21-23 degrees Celcius respectively.