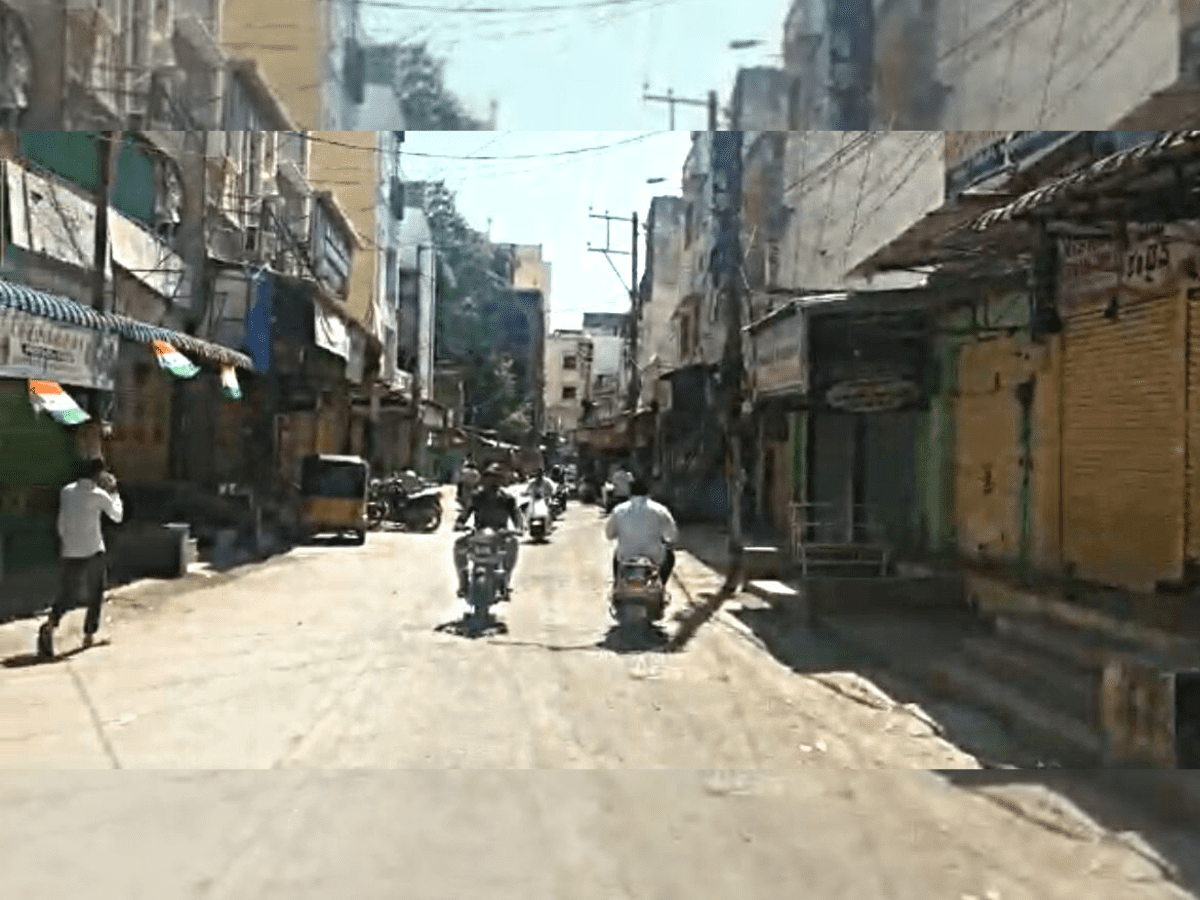 Hyderabad: A tight vigil is being maintained at the Begum Bazaar, Shahinayathgunj, Mangalhat, Kulsumpura, Afzalgunj and Habeebnagar police stations here during the ongoing 10-day Ganesh festival.

The need for closer monitoring of the Ganesh festivities is necessitated following large scale gatherings at pandals in communally sensitive areas of Hyderabad’s central and western commercial hubs. The festival also come just days after suspended BJP MLA Raja Singh was arrested (and detained under the PD Act) by the Hyderabad police for passing derogatory remarks against Prophet Muhammad.

Raja Singh’s remarks set-off protests by Muslim youth in the old city of Hyderabad, which also resulted some incidents of violence as as well a heavy police crackdown in the old city. After Singh’s arrest on August 25 finally calmed tempers. Raja Singh’s Goshamahal seat falls under the west zone of the Hyderabad police’s jurisdiction.

Mangalhat is famous as the business hub of Hyderabad, where security measures were necessitated to keep markets free of sabotage to allow the city’s economy to flourish. The growth of the Bhartiya Janata Party and its affiliated saffron organizations however have also changed the perspective of law enforcement agencies here.

After Goshamahal legislator Raja Singh’s arrest and detention under the Preventive Detention (PD) Act following his derogatory comments on Prophet Mohammed and subsequent bandh call by his supporters, the police fear trouble.

In 2010, large-scale violent incidents were reported in Begum Bazaar, Muqtargunj, Shahinayathgunj, Siddiamber Bazar, Gowliguda, Chudi Bazaar, Mangalhat and their surrounding localities. Raja Singh has been linked to most of them, and the MLA has since also become infamous as a rabid hate-monger.

Now with the leader behind the bars, the police fear his supporters might try to disturb the law and order to bargain for his early release. Hence round-the-clock monitoring is done in areas dominated by saffron groups dominated hubs by the Hyderabad police to nip trouble in the bud itself.