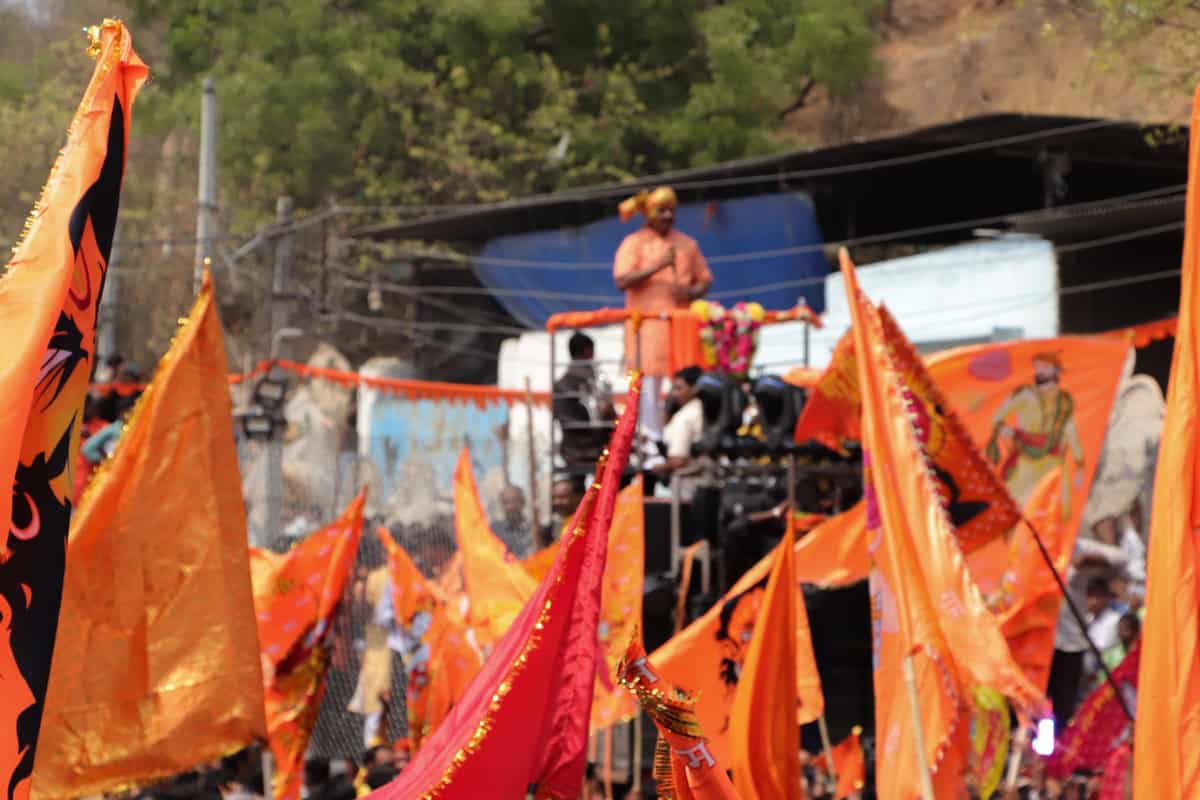 Hyderabad: It was in the year 2007 when a little-known singer Tarun Sagar sang ‘Banayenge Mandir, Kasam Tumhari Ram’, a so-called bhajan, which gained popularity across not only in India, but also in other parts of the world where many Hindus live. Millions of CD’s and audio cassettes of the album were sold across the globe.

Initially, intelligence agencies did not see any specific threat to law and order or the social fabric of the country through such albums. A year later however, the Maharashtra police found the content was responsible for spreading riots in the state. In 2009, the police had banned the VCD of the album ‘provocative’ songs of Tarun Sagar and another singer Saju Sharma, both produced by Ambe Series Company.

Many in the intelligence circles across the country then itself knew that hate speeches will no longer be heard at public gatherings, instead, the ‘venom spreading’ will be done through songs with provocative and instigative words to promote and spread hatred.

Around 15 years later, during the Shri Ram Navami procession in Telangana’s capital Hyderabad, songs with provocative phrases targeting Muslims were sung by none other than Bhartiya Janata Party (BJP) legislator T Raja Singh himself. He was singing songs set to the tune of Hindi movie numbers, in which he indirectly warned minorities “to leave the country”.

He sang, “Jo ram ka naam na le unko Bharat se bhagana hai,” [those who don’t take the name of Lord Ram will have to be chased out of India]. He also said that after Ayodhya, now in Mathura and Kashi, Uttar Pradesh chief minister Yogi Adityanath (Ajay Singh Bisht) will make India a “Hindu Rashtra” very soon.

This is not the first time Raja Singh song went viral on social media platforms at a religious event, or for indulging such a hateful act. Earlier, he sang another song ‘Baap Bolteh’ and it too created records albeit in saffron circles.

Intelligence officials monitoring communal hatred predicted that more such songs and albums in the future will come. “It is a tested trend. In the last 15 years, Hindutva groups have found that such songs are sending a strong message to large audiences and showing good impact. Hence they will be making more albums,” said an official, who did not want to be named.

In the market, many such CD’s of local singers who are termed “Hindutva pop artists” are available at a throwaway prices right under the nose of the police. Thanks to the remuneration received with each hit, artists and production companies are posting it on YouTube as well.

Law enforcers on the other hand point out that no action can be initiated unless complaints are received from someone. “It being a religious matter we cannot book suo-motu cases and seize the CDs even if found provocative. It will lead to unnecessary conflict,” explained a police official.

The fact that the law enforcement agencies are ignoring the point that such songs are recorded at full-fledged recording studios and music companies in cities are spending a fortune to make the hate music albums hit and they are not able to impose a clamp down is a worrying point, said Amjedullah Khan, MBT leader .

However, demands for banning such provocative songs are coming from various quarters with people taking to social media platforms to lodge complaints with the police. In twitter several persons asked the Telangana DGP and Hyderabad City Police to ban such songs that promote hatred and create a divide between communities.