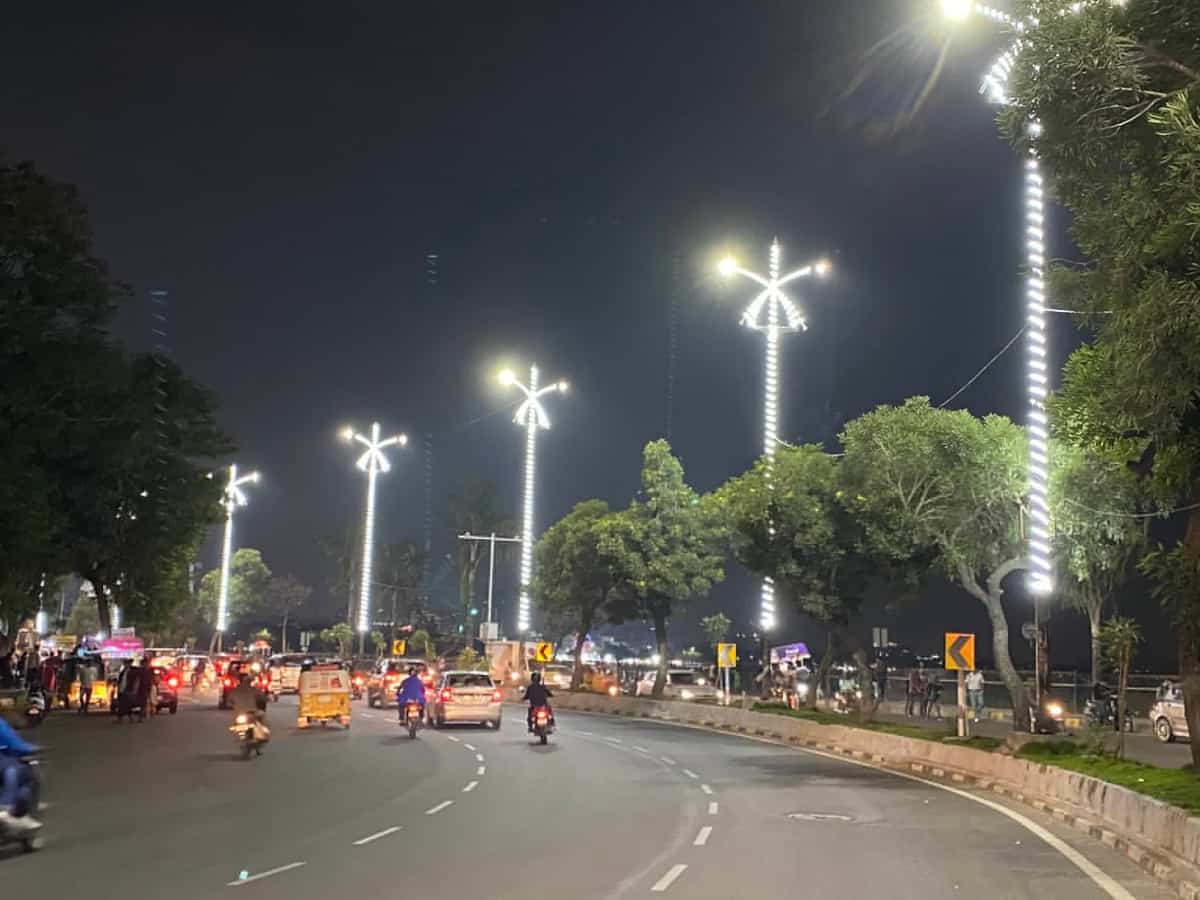 Hyderabad: The Hyderabad Metropolitan Development Authority (HMDA) has initiated the beautification of the NTR Marg among other areas alongside Hussain Sagar.

The 800-metre stretch from the Indira Gandhi statue circle in KKhairatabad and Lumbini Park are also set to get a makeover. The HMDA plans to replicate the Tankbund look at Hussain Sagar ahead of the Formula E race scheduled for February 2023.

Formula-E is the second biggest World Championship race. As part of the beautification works, the existing footpaths, dustbins and kerbstones on the stretch will be removed and shifted to C&D plants.

The authority will take up the restructuring of lakeside footpath with flamed, bush hammered granite, including granite kerbstones, providing cast-iron railings and streetlights with ornamental poles and fixtures on the NTR Marg at an estimated cost of 6.05 crore, The New Indian Express reported.