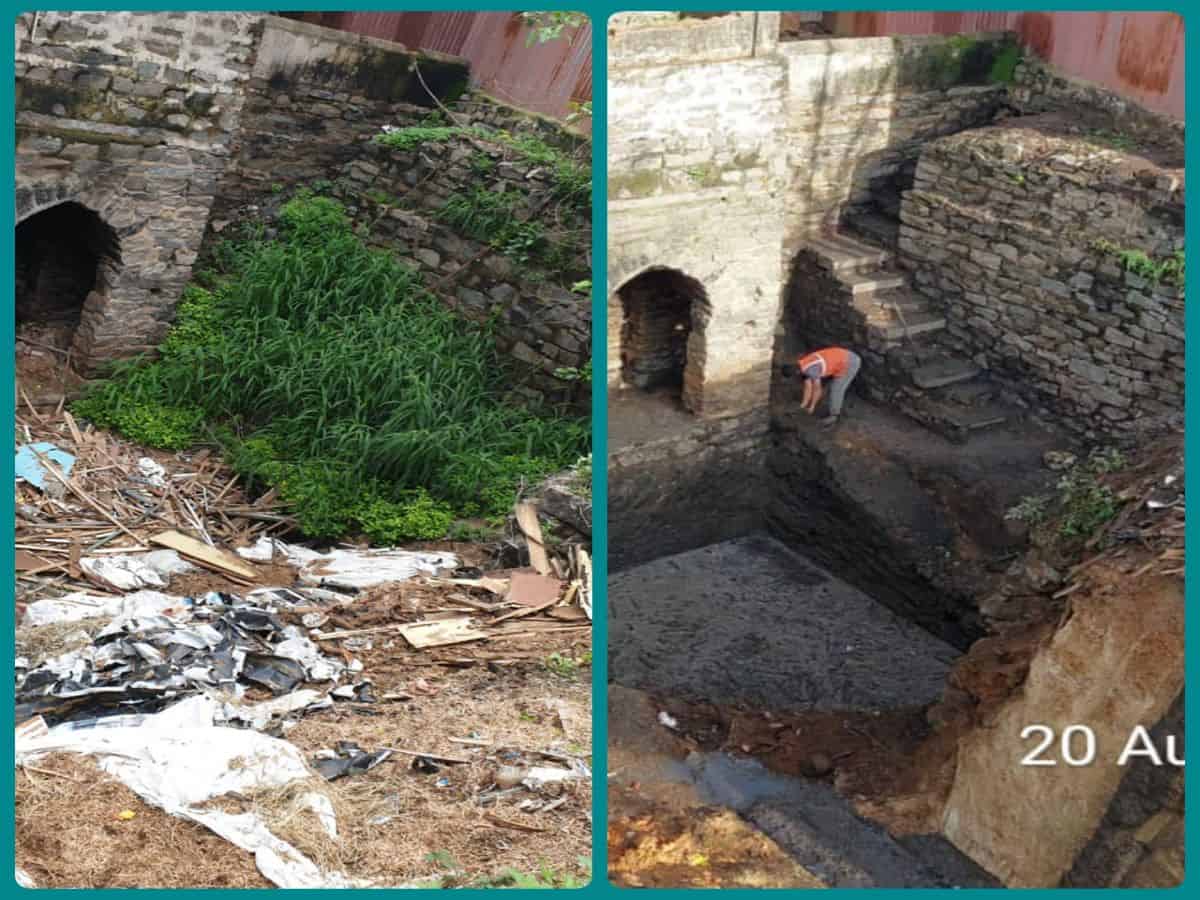 Hyderabad: Hyderabad Metropolitan Development Authority (HMDA) has started cleaning and restoration works at Saidanima stepwell which is located inside the age-old Saidanima’s tomb on the Hussain Sagar or Tank Bund road.

History of the tomb

In this capacity, he traveled to England as well. Jang eventually built a tomb in memory of his mother, Saidanima, which is located north side of the Hussain Sagar’s reservoir bund road, heading towards Secunderabad. It is somewhat in isolation from most historical monuments and is a landmark monument that often goes unnoticed unless one stops for a few seconds and notices his/her surroundings.