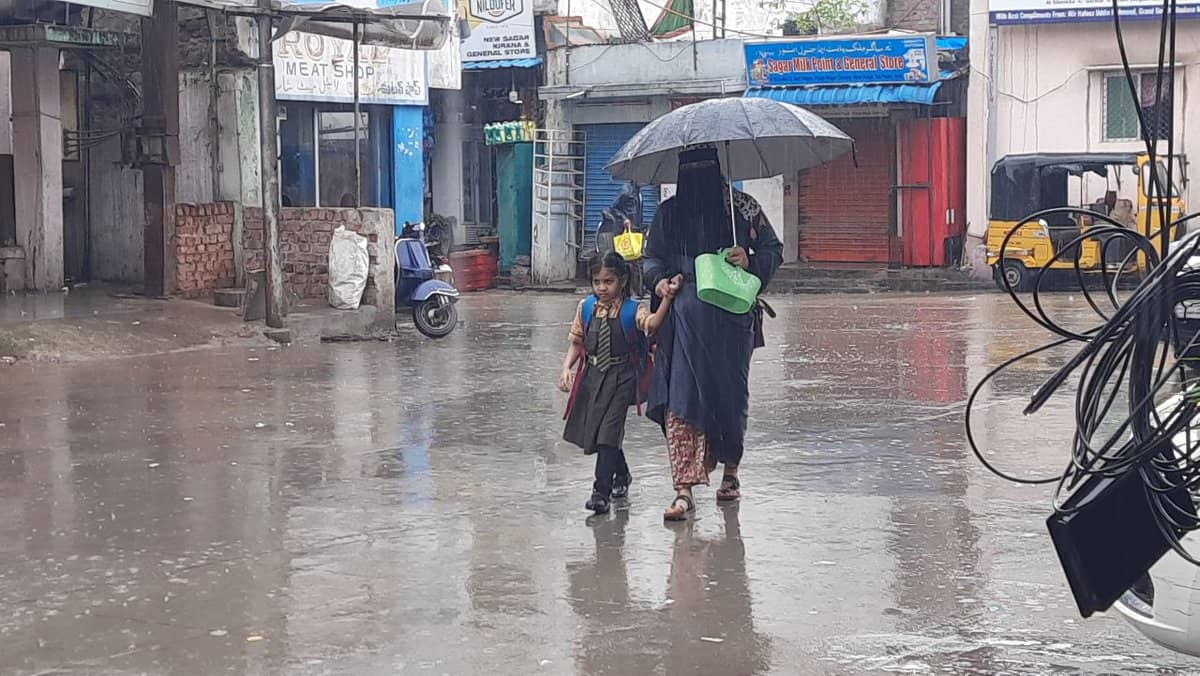 Hyderabad: Moderate rains with thunderstorms are expected all over the city on Sunday. The Indian Meteorological Department (IMD) forecasted that this trend will continue on Monday and Tuesday as well.

Heavy rains made a reappearance in the city after two weeks of dry spells. Red alerts were declared in early August when many areas of Hyderabad were water-logged. The same was the case this week, as roads and streets were once again flooded.

According to IMD, a cyclonic depression now lies over south Odisha, about 80 km east-southeast of Bhawanipatna (Odisha), 110 km west-northwest of Gopalpur (Odisha), 210 km east northeast of Jagdalpur (Chhattisgarh). It is expected to move west-northwestwards across south Odisha and south Chhattisgarh during the next 24 hours and weaken gradually.