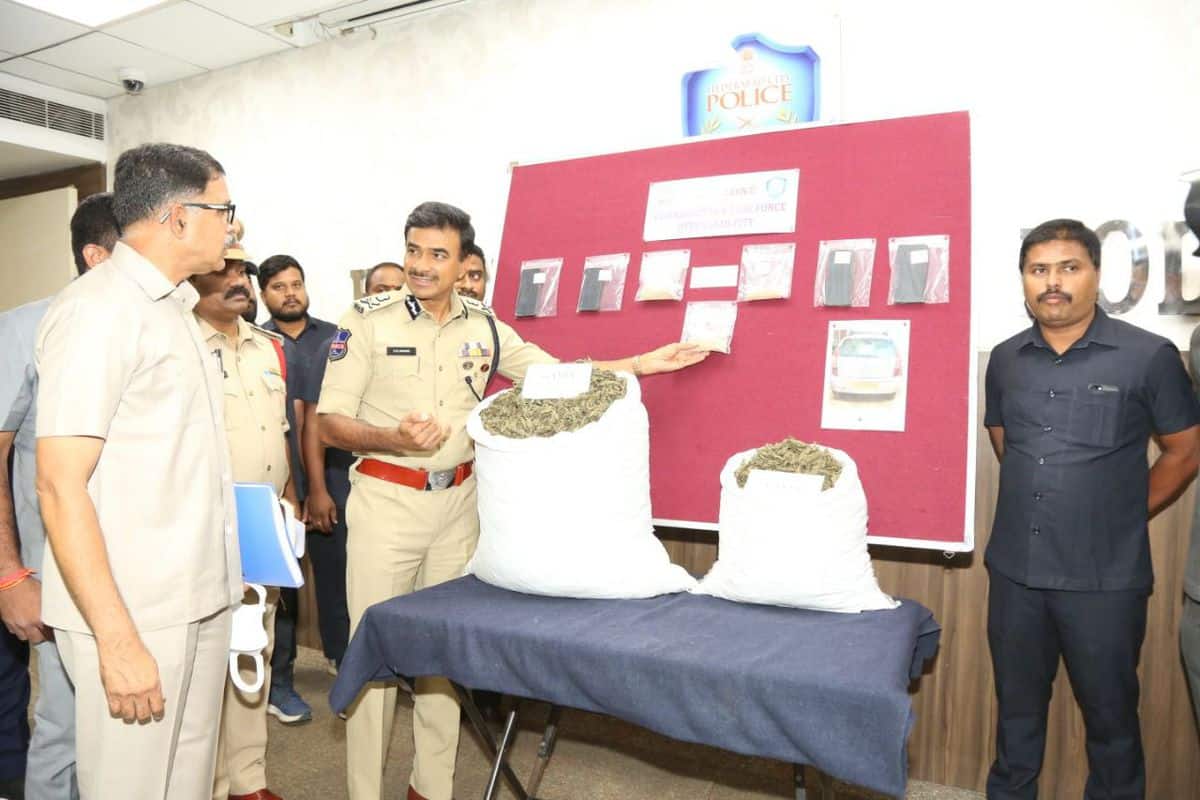 The police have recovered who were found in possession of Narcotic substance Brown Sugar (Heroin) and Ganja from their possession worth 23 lakhs.

Hyderabad police commissioner CV Anand at a press conference informed that Chand Shahjada Sayyed a native of Mumbai . In the year In the year 2010 he was arrested by NCB (Narcotics Control Bureau), Mumbai in drugs case.

He along with other accused Shaik Abdul Alam Quadri aka Rashad a resident of Bahadurpura, Shaik Khasim @ Chinna Khasim a native of  Prakasam district, A.P, Shahed Kamal of Bandlaguda are involved in procuring and sale of narcotic substances.

Mahesh aka Rayees a native of Mumbai is the king pin in supplying of Heroin and Brown sugar and he is still absconding.

CV Anand told that Shaik Abdul Alam Quadri is a resident of Bahadurpura was earlier arrested by Directorate of Revenue Intelligence (DRI)  for transporting UAEi currency.

While Shaik Khasim was arrested  in 2018 for the possession of Ganja.

The accused were purchasing Drugs from V.Ramesh at Visakhapatnam, A.P and transport to Hyderabad by Train and sale it eight thousand per kg.

The accused persons along with seized material being handed over to police.