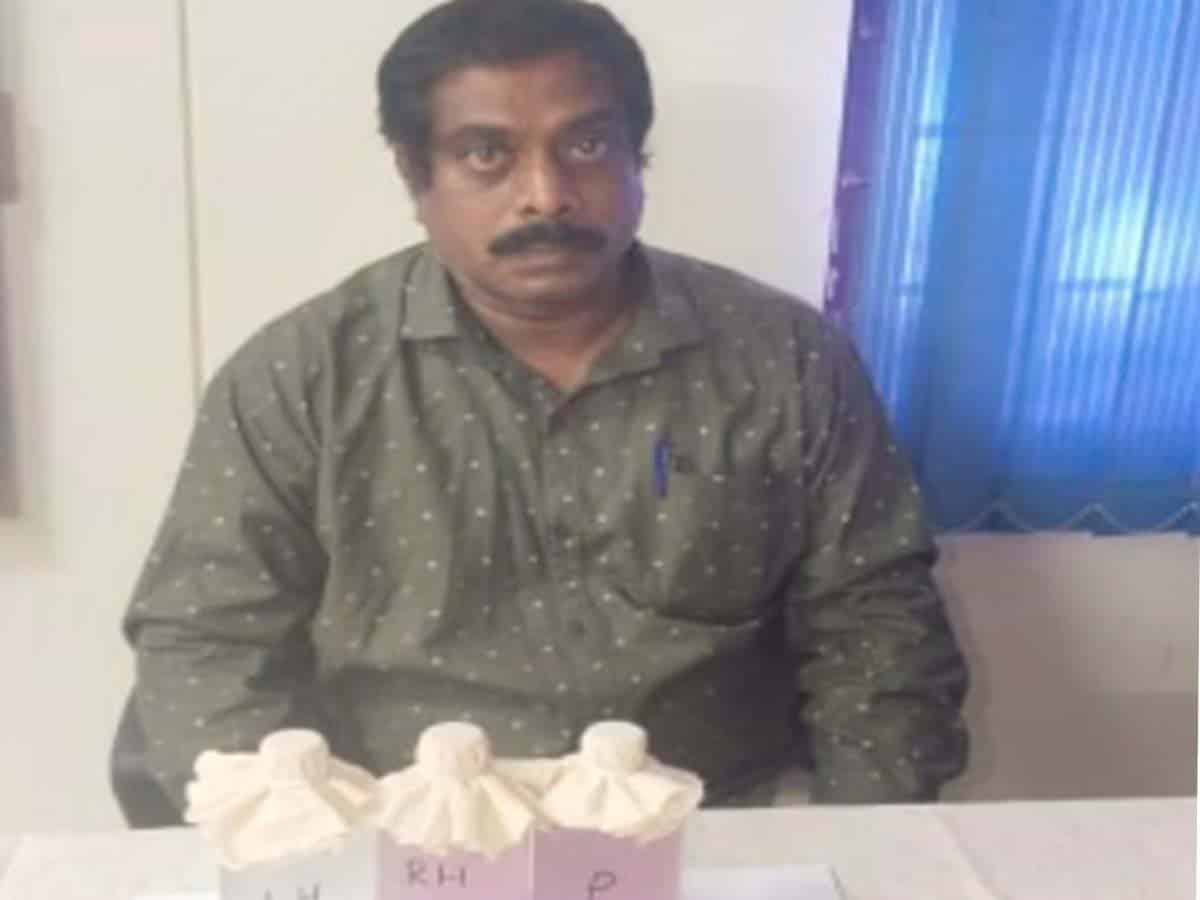 Hyderabad: A junior assistant Jaya Kumar, working in the Directorate of Medical Education at Koti was trapped by the sleuths of Anti-Corruption Bureau while demanding and accepting bribe from an employee for passing a medical bill of his father.

According to the ACB sources, complainant Kishan of Bachupally submitted a medical bill of his father for sanction in the inward section of the DME office on June 9. Receiving the medical bill, junior assistant Jaya Kumar demanded Rs 4,000 from Kishan for sanction of the bill.

The complainant bargained and agreed to pay Rs 2,500. However, the complainant, not willing to pay the bribe, approached the ACB officials. The sleuths arranged a trap and caught Jaya Kumar red handed while he was accepting Rs 2,500 from the complainant.

DSP ACB Syed Fiaz said they raided the house of the accused in Pirzadiguda and checked it for incriminating evidence. The ACB officials registered a case against the accused for demanding and accepting bribe for doing officials favour.