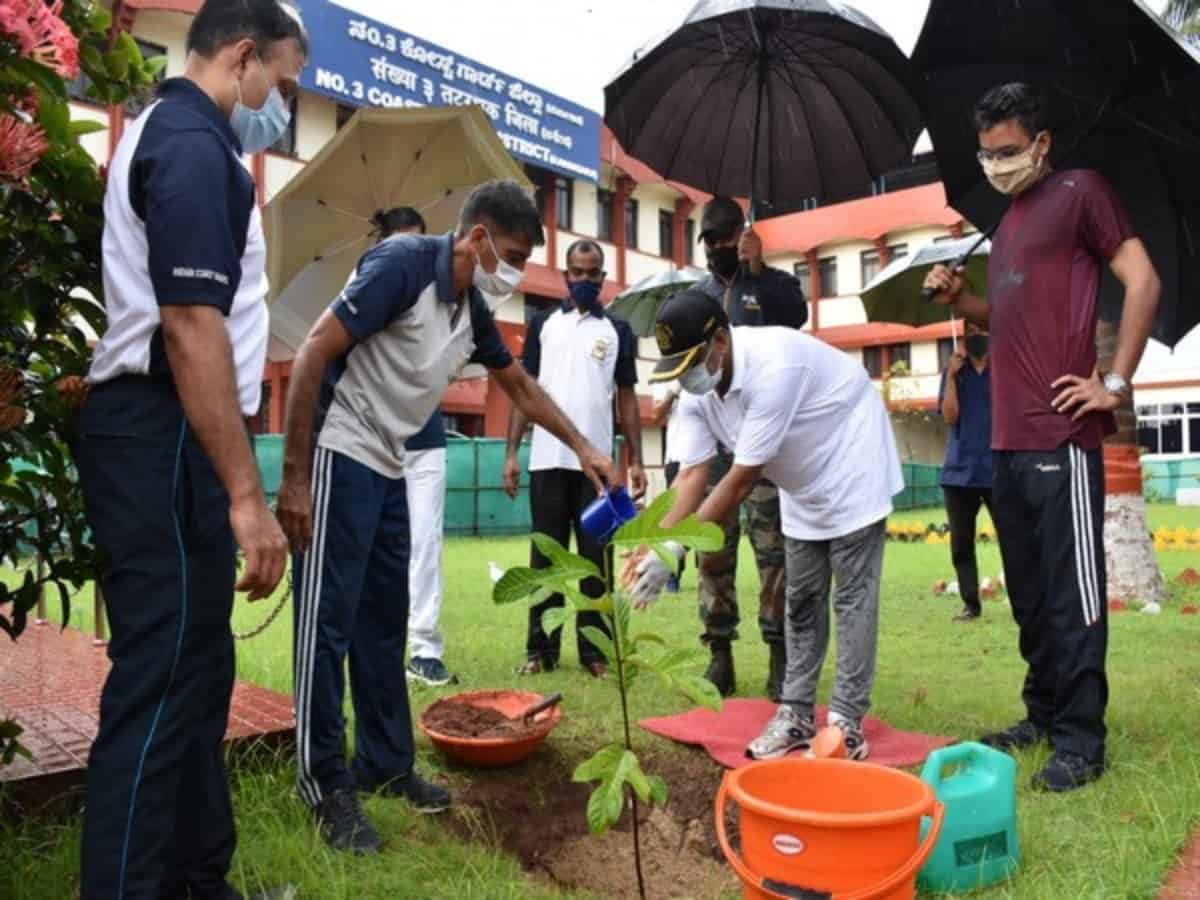 Hyderabad: On the occasion of 50th World Environment Day, members of a spiritual organisation launched a Kalpa Tharu program for planting saplings.

According to the Brahma Kumaris, the air we breathe, the water we drink, the food we eat have become polluted and human survival has become difficult. The only solution for these problems is planting saplings. So they have taken up the program Kalpa Tharu for planting saplings, they said.

The Brahma kumaris said they have planned to plant at least 40 lakh saplings with 40 lakh people on behalf of all Brahmakumaris Centers across the country through the “Kalpatharu Campaign”, which will be held from June 5 to August 25.

Raja Yogini Bibi Kuldeep Didi thanked Joginapalli Santosh for agreeing to be the chief guest for the event.

On the occasion of World Environment Day, let us all remind our responsibility once again. Nature will safeguard us if we protect it. Our future generations will survive even if we did not gift assets to them. Without Oxygen, no one will survive on the Earth.

If we fail to preserve the environment, it will cost heavy on our existence. We are destroying nature and polluting water for our survival.

The impact of the moves against the environment will be a big toll. We would be responsible for the extinction of Flora and Fauna which are equally existing with us.

Studies say that nearly 10 lakh living organisms and fauna will vanish in the next 10 years if the destruction of the environment continues. Let us all resolve to protect the environment.

Santosh Kumar said, “Chief Minister K Chandrashekhar Rao has launched a big program- Haritha Haaram. Forest cover in Telangana has been increased by 8 per cent in 8 Years. More than 240 crore saplings have been planted.

A big awareness program on the environment among people was also launched under the banner of Green India Challenge.

Let us all come forward, join hands and help to save the environment.”
Santosh Kumar said that he is very happy to visit Bramha Kumari on the occasion of world environment day.

He said, “Today I will go out with the positive vibration, I have learned a lot from them. He said that he is not a leader but a servant, I am one among you. We are releasing anapplication’Kalpa tharu’, 40 lakh trees is a very small thing, as we look at the spread of Bramha kumari”.

The Brahma Kumari Society is known in the field of spirituality and yoga. Brahma Kumaris teach yoga and personality development.