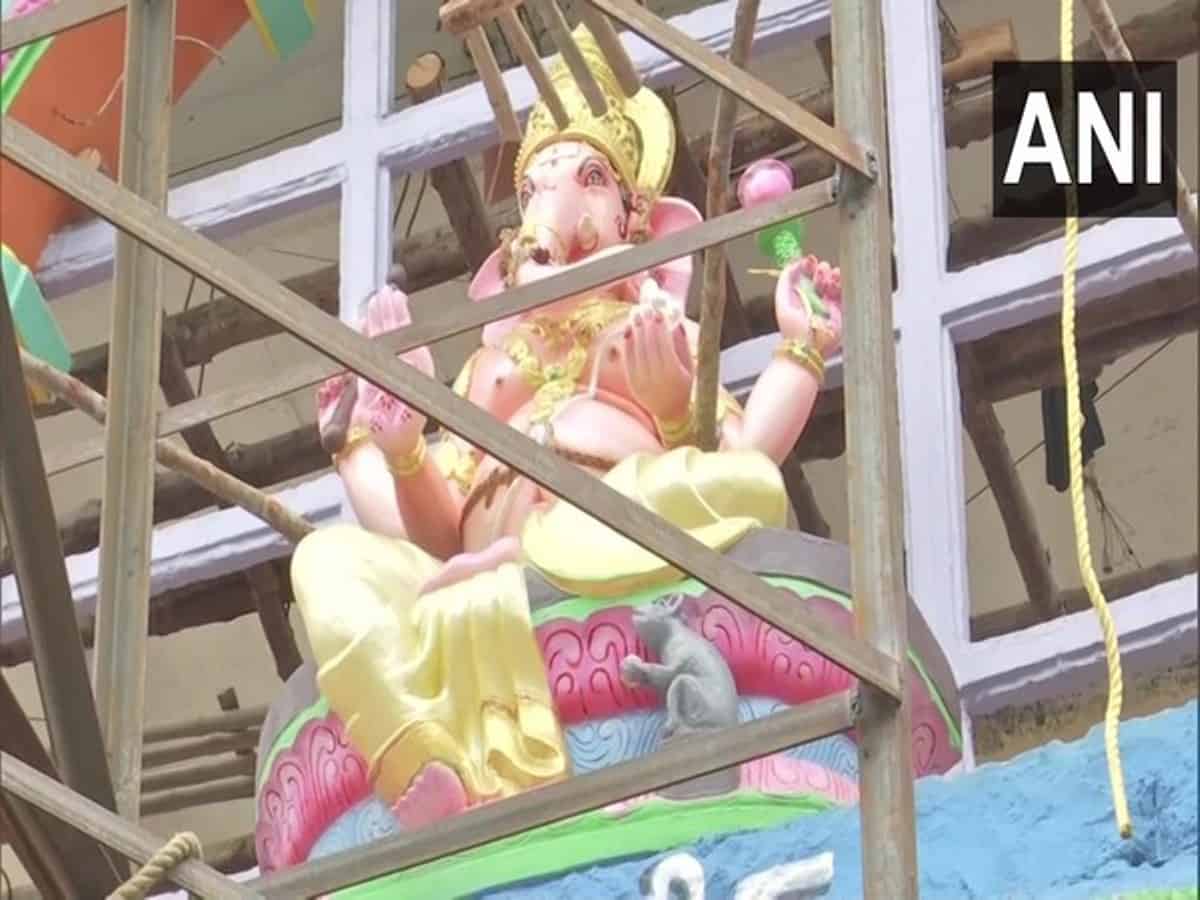 Hyderabad: The Khairatabad Ganesh Utsav Committee announced its decision to make the eco-friendly Ganesh idol with organic colors and clay for the upcoming Ganesh Chaturthi in 2022.

The committee official informed that the Ganesh idol will be 50 feet tall this year.

He said that the preparations for Ganesh Chaturthi 2022 have already begun.

“The preparation work has already begun after Pooja, three months prior to the Ganesh festival. Khairatabad Ganesh is the biggest idol in the country. During the COVID, two years ago, 20 feet clay Ganesh idol was made. So this time, we are making a 50 feet Ganesh idol made of clay,” Sudarshan said.

Hyderabad: 7 lakh Ganesh clay idols to be distributed for free

“According to the supreme court and PCB norms, we don’t have permission to immerse in the idols made of POP in Hussain Sagar lake. So, for the first time, we are making the idol of clay and we will also take out the procession. The festival is to be celebrated on August 31 and the preparation works have already begun,” he added.

G Sandeep Raj, Convenor, Khairatabad Ganesh Utsav Committee said that the making of the Ganesh idol includes an iron body covered with the mesh, then dry grass will be put over to cover and finally, the clay finishing will be done.

“The clay is brought from Rajasthan. The paint used is also water paint and it is going to look very beautiful he added. The paints used are water-based, not oil-based,” Raj said.

The committee also held a meeting with the Police Commissioner, and GHMC Commissioner about the same.

“The Supreme Court ordered not to immerse POP idols and we are following it, according to PCB we have permission to do immersion in Hussain Sagar. The work is going on day and night, the idol will be ready four days before the festival with colors,” he added.