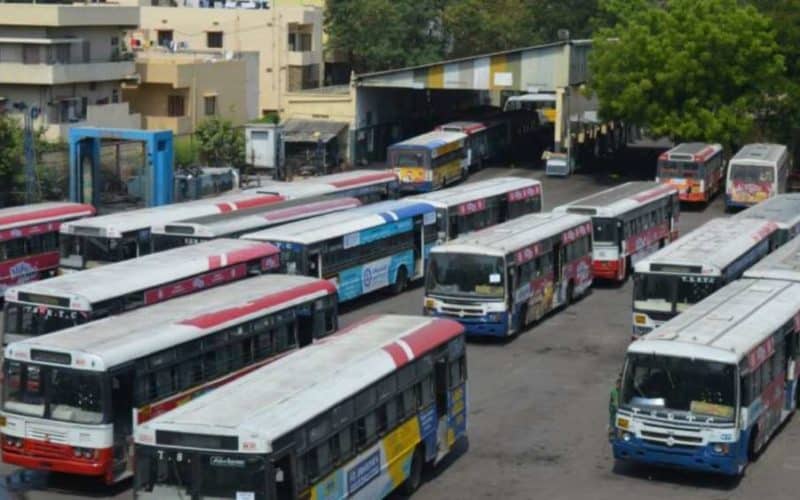 Frequent work is being undertaken on the road stretch between Khilwat and Mahboob Chowk which is costing a bomb to the TSRTC passengers. On average a passenger is spending around Rupees 10 per trip extra on bus fares.

Because the road at Motigalli is dug up for pipeline laying works for the last one week, the TSRTC buses commuting through the Shahalibanda, Khilwat, Hussaini Alam and City College roads are diverted.

Buses from Chandrayangutta towards Afzalgunj are going via Kalapather, Tadban, Bahadurpura, Puranapul and reaching Afzalgunj to reach their destinations in the city. Similarly, buses coming from the city to Charminar and then heading back to their destinations are ending their journey at Charminar and then going towards Shamsheergunj, Kalapather, Tadban and Bahadurpura.

TSRTC officials said 400 trips are affected due to the ongoing work at the Motigalli stretch. “It takes 15 minutes for a bus to travel from Shahalibanda junction to Afzalgunj. Now as buses are travelling extra distance it takes around 40 minutes for the bus to reach Afzalgunj from Shahalibanda,” he explained.

Because the distance of the journey is increasing and bus fares collected from the passengers based on kilometre travelled basis, the passengers on average are paying around Rs. 10. Due to it many passengers are now not using the TSRTC bus service and instead prefer other private auto-rickshaws to save time.