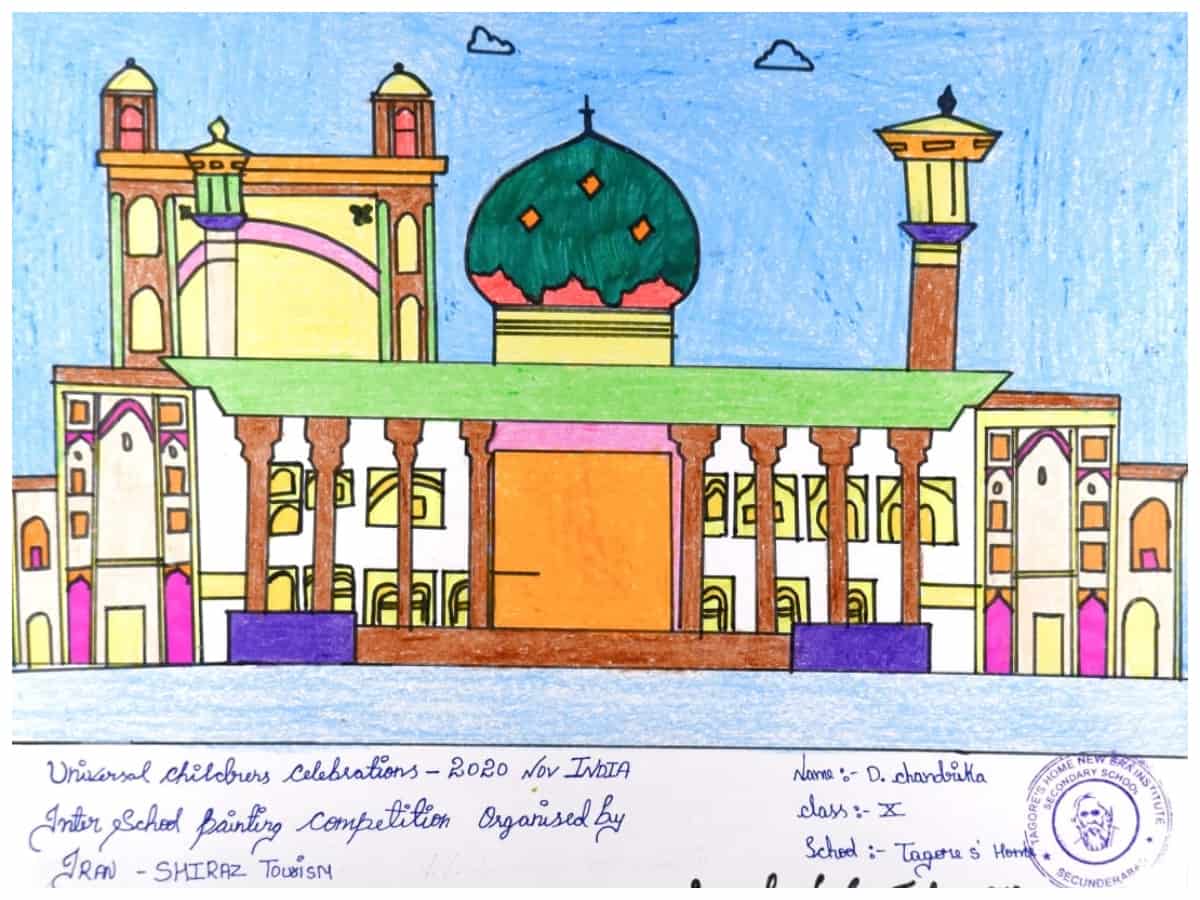 Hyderabad: When it comes to creativity undoubtedly kids have always managed to leave everyone in awe. In one such instance the kids of the city have left Iran impressed with their artistry and creativity.

The Shiraz Municipality of Iran in association with the Consulate General of the Islamic Republic of Iran in Hyderabad displayed paintings of children from Hyderabad at the exhibition of ‘A Color from the East’ with the theme of Shiraz at the gallery of Namazi metro station in Shiraz, Iran.

This exhibition is open to the public every day for 15 days from 6 am to 9 pm. To set up the exhibition, 200 students from various schools and educational institutions in Hyderabad, India, studied the city of Shiraz and created paintings, from which 40 works were selected.

Here are some of the works by the kids:

Later, the Consulate General of the Islamic Republic of Iran sent the selected paintings to the Shiraz municipality.

Prominent officials, including the Secretary-General of the National Commission for UNESCO in Iran and the Mayor of Shiraz, had visited the gallery and praised the children of Hyderabad.

According to the organisers, the exhibition is being highly covered by the Iranian media. Shiraz is a historic city in Iran. The Mayor has sent an official letter to the Mayor of Hyderabad, expressing interest in building and strengthening ties between the two cities.

Talks are underway between The Consulate General of the Islamic Republic of Iran in Hyderabad and the Ministry of Municipal Administration, Government of Telangana State to materialise the long-waited ‘Sistercity’ agreement between the historical cities of Esfahan and Hyderabad.