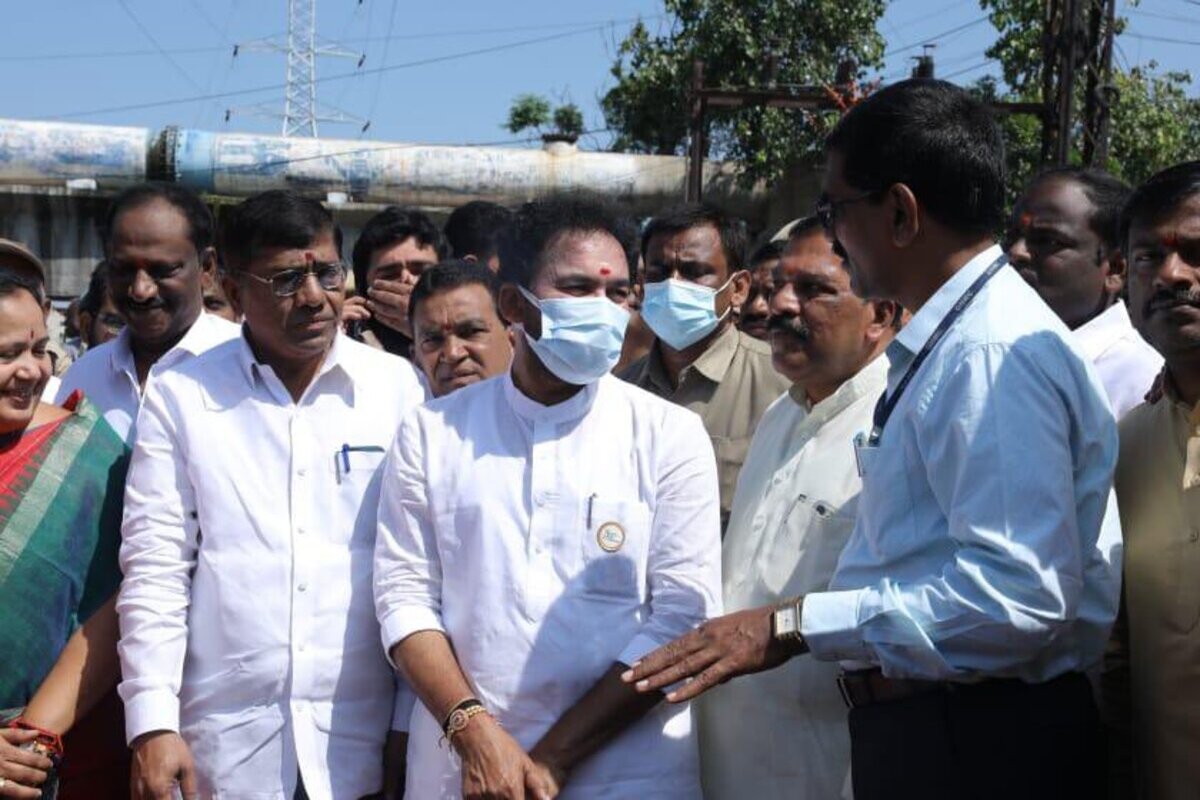 Hyderabad: Union Minister for Tourism and Culture, G. Kishan Reddy on Saturday slammed the Telangana government for neglecting Musi riverfront development saying this resulted in the flooding of areas along the course of the river.

Reddy visited some areas in Amberpet which are inundated due to recent heavy rains and floods in Musi river and Moosarambagh bridge which was submerged.

Reddy, who is an MP from Secunderabad, alleged that the negligence of the state government in developing the riverfront and checking encroachments resulted in hardships to people in the areas along the river.

He alleged that the Telangana Rashtra Samithi (TRS) government failed to learn any lessons from the past. The Minister told reporters that like last year, the city received heavy rains this year too but the state government was caught napping.

The BJP leader said the state government only made announcements like setting up of a corporation for Musi riverfront development.

He recalled that the government appointed chairman and members to Musi Riverfront Development Corporation. “Only announcements were made. Nothing happened on the ground.”

Kishan Reddy said nothing was for the development of Musi river and this led to the areas on the banks of the river getting flooded again due to heavy rains.

The Union Minister also inspected Moosarambagh bridge across Musi which was completely submerged due to discharge of flood water from Osman Sagar and Himayat Sagar reservoirs upstream.

He alleged that the TRS government failed to come to the rescue of people affected by floods and also criticized Chief Minister K. Chandrasekhar Rao for visiting Delhi when people in Hyderabad were suffering due to the heavy rain and floods.

“What is he doing in Delhi? Nobody knows. Is he doing something there for people’s welfare, for his party or he went there for some conspiracy against the Narendra Modi government?” he asked.

He alleged that even in the past when people in Hyderabad were suffering due to floods, the Chief Minister did not step out of his official residence Pragati Bhavan.

Kishan Reddy claimed that the state government did not spend funds under the State Disaster Relief Fund (SDRF).

He advised the TRS not to make politically motivated statements and come to the rescue of people.