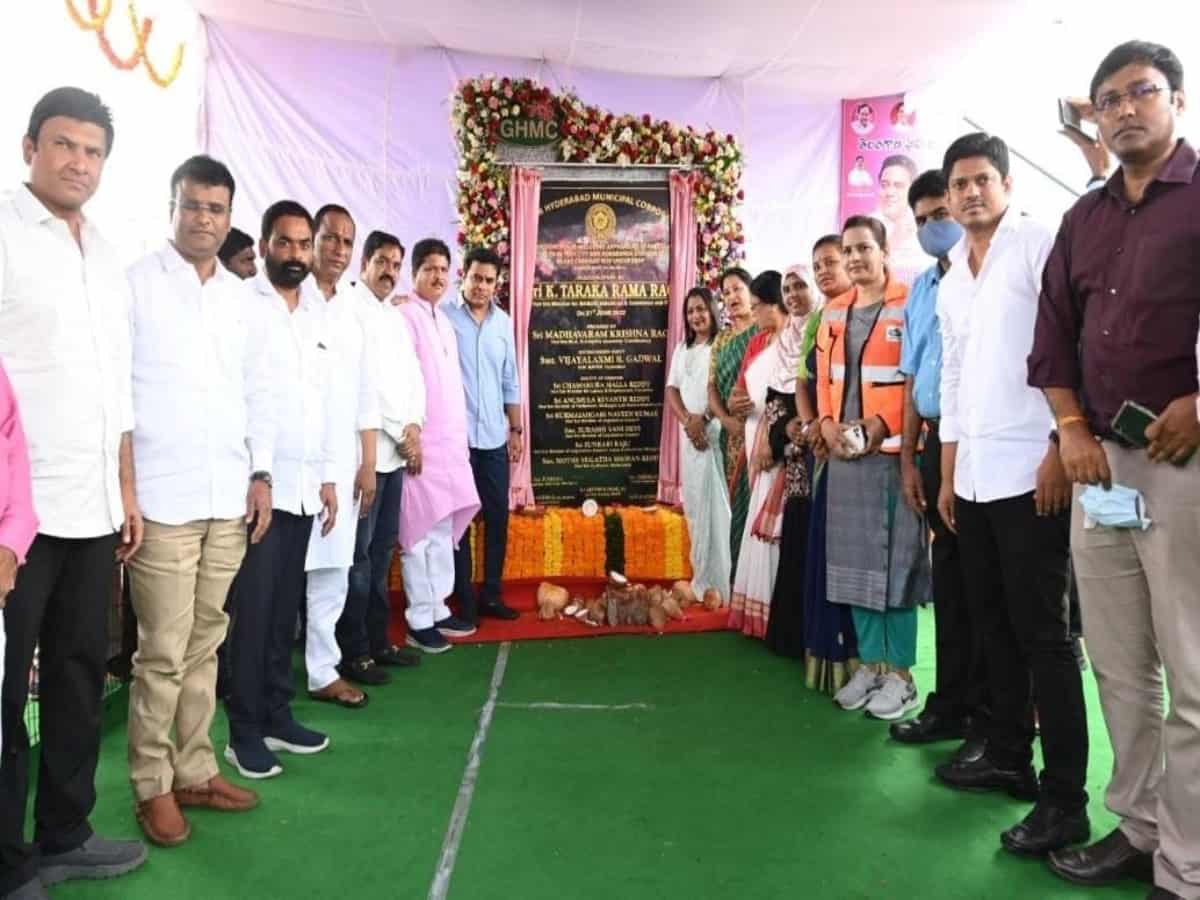 Speaking a the inauguration KTR said, “Today we have completed the flyover worth Rs 83.06 crore. We are working towards the completion of other 69 projects under Strategic Road Development Project (SRDP).

“The government is working towards bringing the best of all sectors to Hyderabad ranging from pharma to infrastructure.” said KTR. “It is due to chief minister KCR’s efforts that Hyderabad is being developed as one of the best cities in India”

“We are working towards the development of the state through various programs such Mana Ooru Manabadi”, he said. “There are pensions being provided to 73 lakh people after TRS came to power. Your corporators and MLAs will come and hand over the pensions to you. ” the minister added

“We developed 2 BHK flats, for low income population,” said the minister. “There is no program like this in India at the moment.” KTR said.

“We will also bring flyovers across the city for better connectivity. We have initiated mission Bhagirata for providing water across the state.”

The TRS working president took a dig at Prime Minister over his promise of providing Rs 15 lakh to everyone.

“I want to ask Modi as to why he wants to come to Hyderabad, why does he want to bring Ram Rajya here?” questioned KTR. The minister also took a dig at BJP over Agnipath scheme and Union minister Kishan Reddy over his comments on jawans being employed as home guards.

The road over Bridge (RoB) has a total length of 675.50 metres and a width of roughly 16.6 metres. It’s a four-lane bi-directional RoB with a 5.5-metre service lane. The RoB was built at a cost of Rs 83.06 crore, with the GHMC contributing 40 crores and the railways contributing 18.06 crore. The cost of acquiring land was estimated to be around Rs 25 crore.

The repairs were carried out under the Strategic Road Development Plan (SRDP) at Borabanda MMTS station. The bridge will connect Kukatpally with Hi-tech City and also relieve traffic congestion at JNTU, Malaysian Township, Hi-Tech City flyover, and Cyber Tower intersections.

Traffic from Sanathnagar, Balanagar, and Secunderabad will be diverted to the Madhapur main road via Moosapet to Kaithalapur. This will cut the distance by 3.5 kilometres and the time it takes to travel will be reduced by at least one hour.