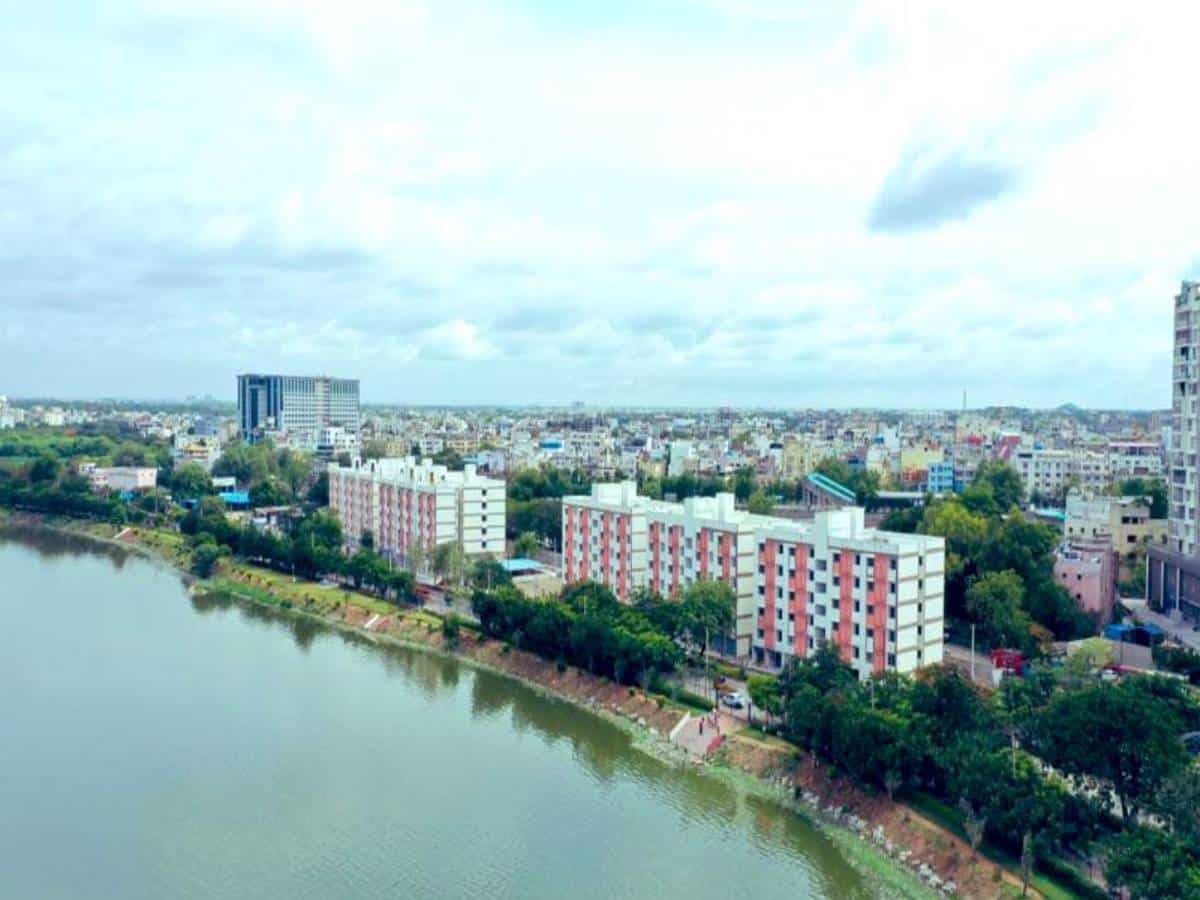 The Telangana government constructed three multi-storey buildings of 330 flats, which is overlooking the famous lake of Hussain Sagar in Hyderabad, have been set up in what was once a slum in Ambedkar Nagar area near Necklace Road.

The 330 flats of 2BHK houses for the homeless are spread across seven blocks at a cost of Rs. 28.05 crores. This housing society has facilities such as 10 lifts, CC roads, and 26 shops.

Speaking on this occasion, KTR said the market price of each apartment in Ambedkar Nagar is Rs. 1.5 crore. He also said Telangana chief minister K Chandrashekar Rao is the only one in the country that is building double bedroom houses and providing financial assistance for marriage under Kalyana Lakshmi and Shadi Mubarak schemes.