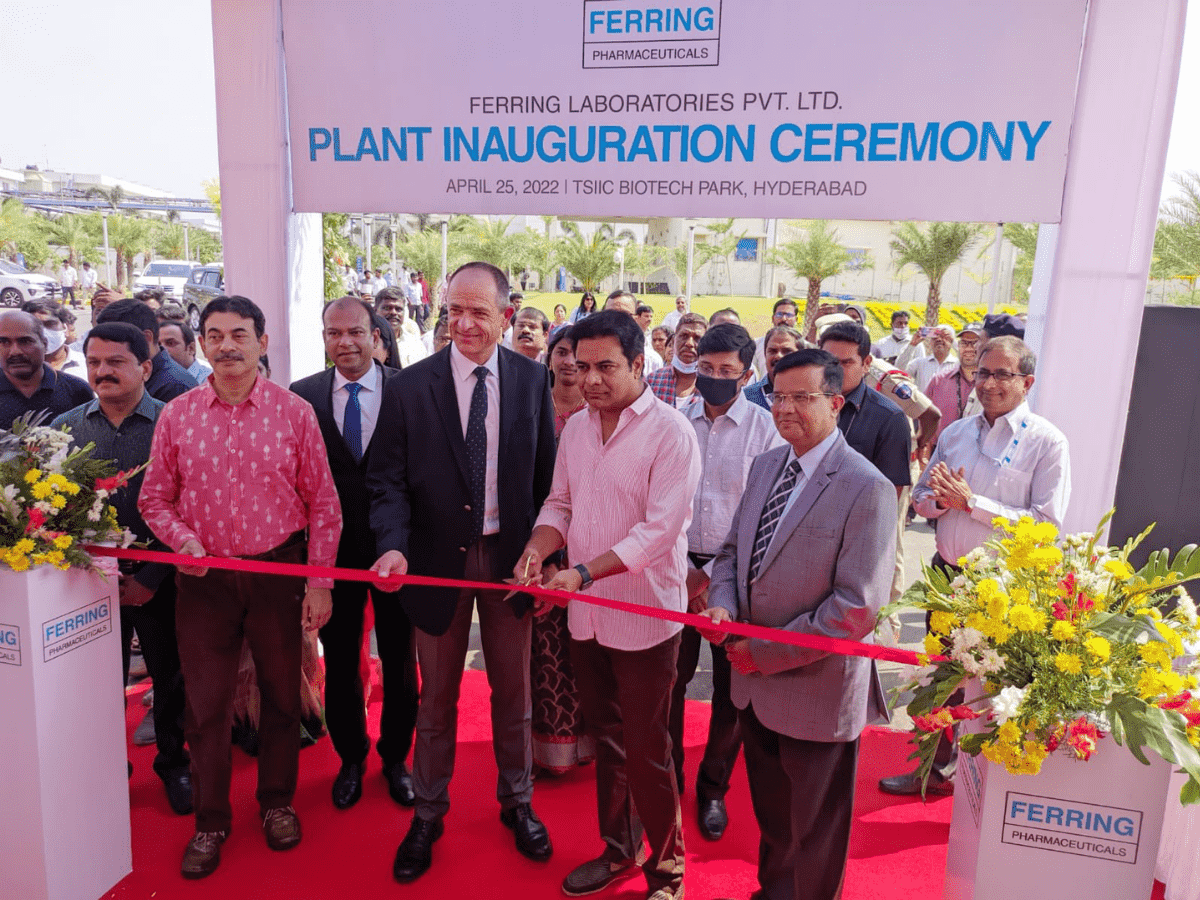 The Swiss pharma giant’s facility has been established with an investment of about 30 million Euros and will provide employment to 110 people. With a focus on reproductive medicine and maternal health, the company has been developing treatments for mothers and babies for over 50 years. The Hyderabad facility will also look into gastroenterology and Urology.

Congratulating the team of Ferring pharma, minister KTR said, “I’ve been informed that this manufacturing facility of Ferring pharma was initially planned for Maharashtra but was shifted to Telangana. This is a testament to the overall ecosystem of life-sciences and the pro-business policies of the government of Telangana, which continue to attract global R&D players to Hyderabad.”

He said that with the recent entry of Pune-based Bharat Biotech, Hyderabad is witnessing a growth in companies that focus on women’s health. “I am happy that Hyderabad is emerging as a leading destination for women’s healthcare and research, along with its strong prowess in vaccines, pharmaceuticals, and medical devices,” said the minister.

Remarking that the city’s Genome Valley is taking big strides, KTR said that they were able to secure investments of over Rs 7500 crores, more than half of it in life sciences.