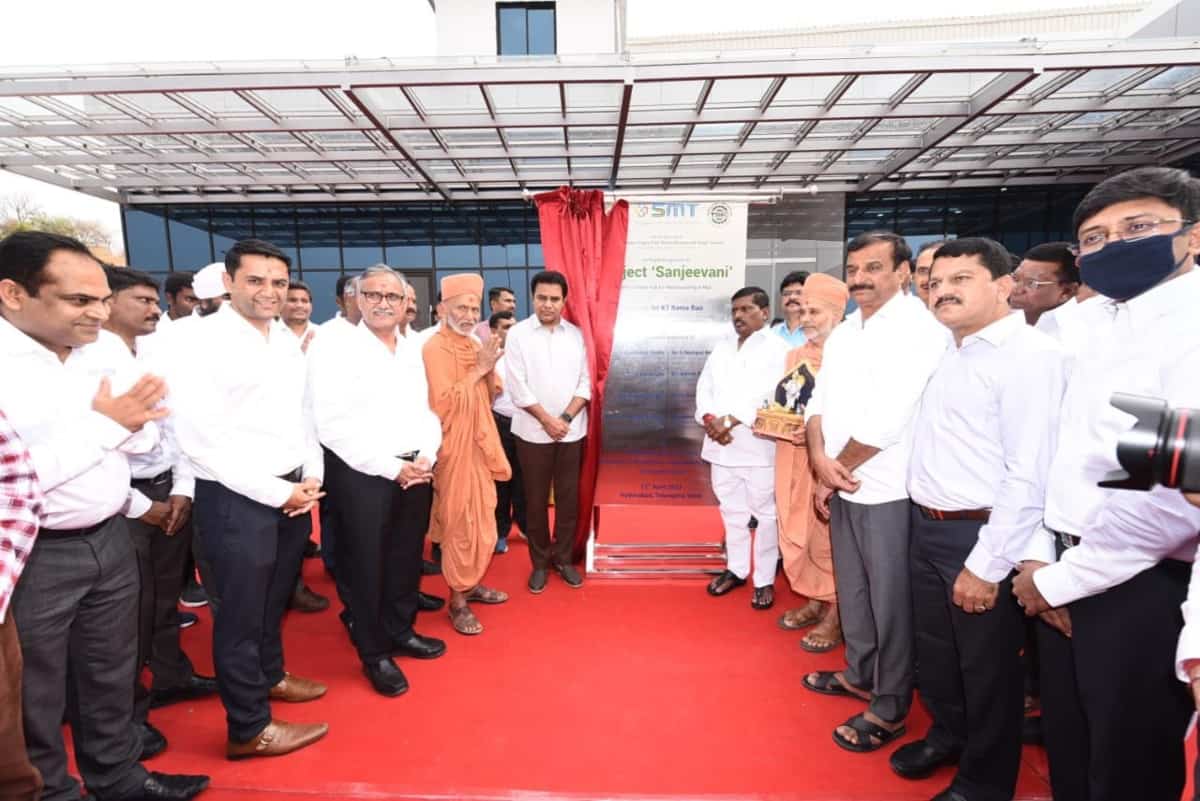 The unit has been inaugurated in the Medical Devices Park (MDP) at Sultanpur in the first phase of the company’s ‘project Sanjeevani’, with a cost of Rs 530 crores. The unit will lead to the generation of about 2000 jobs locally and also employ over 300 qualified scientists to work for the research and development wing, the ministry of Industries said.

KTR said that Telangana has recognised medical devices as a high potential area. “We identified large players in the medical technology segment. SMT was one of them, and it has a lot of potential to grow. We followed up relentlessly and the efforts led to Asia’s biggest project. This is one of the big successes in our scientific approach to getting investments to the state. Telangana is working with the industry for scaling up and systematic growth of the sector,” he said.

He added that if the import dependency is reduced, it will help in reducing medical expenditure in the state. “The intention to promote Indian manufacturing is good but the policy support needs to be in sync. If that has to be successful, we have to think in terms of the difficulty in raising the capital, duty structure, and other challenges entrepreneurs face in India,” he said.

The Medical Devices Park was set up in 2017, spread over 302 acres it is India’s largest medical park. Since its inception, the park has received an overwhelming response for the park with more than 40 companies lining up to set up their manufacturing or R&D units.