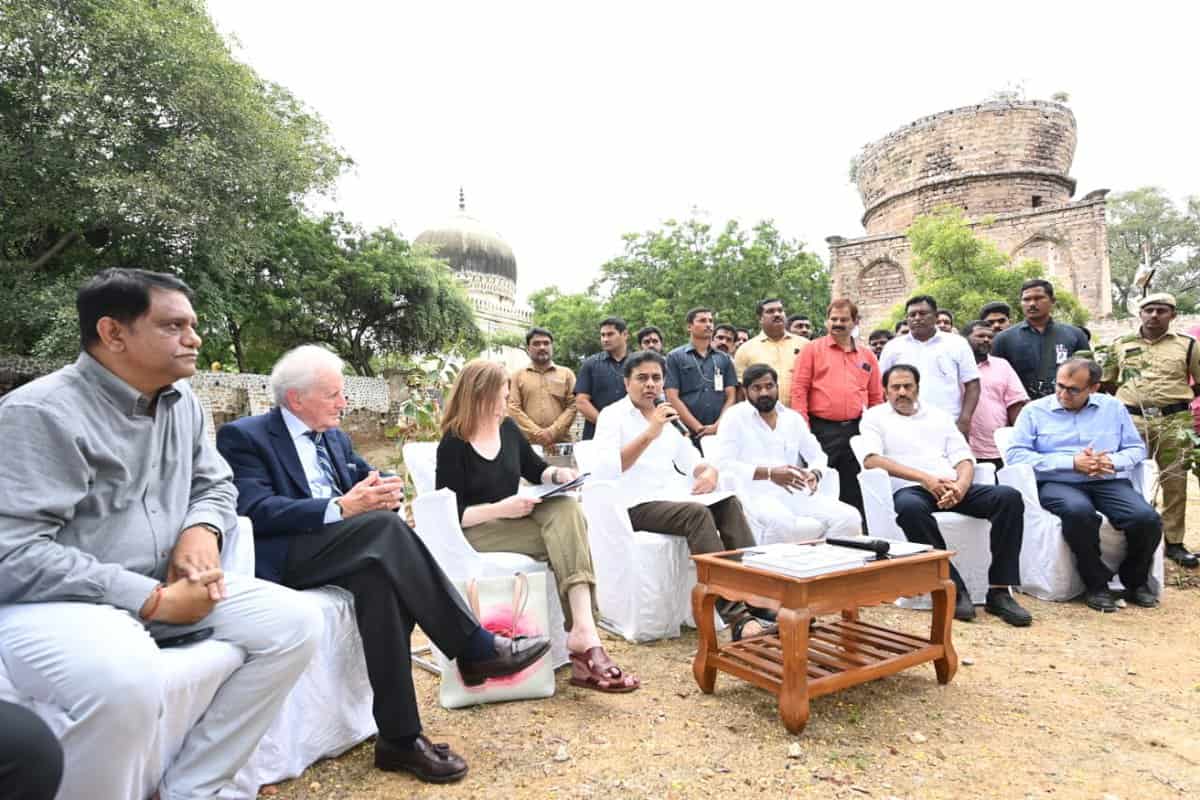 KTR briefed the new US consul general, Jennifer Larson regarding the history of the Qutub Shahi tombs and the latest developments in Hyderabad. “We shall surely apply for the UNESCO world heritage tag in the future,” the minister said while addressing the media.

He went on to say that the Aga Khan Trust for Culture has done a fine job of maintaining these heritage sites at the Qutb Shahi tombs. KTR further said that it is important for cities to keep their culture and heritage intact.

The Qutb Shahi tombs are the royal necropolis of the Qutb Shahi or Golconda dynasty (1518-1687), which once ruled from the Golconda fort, and later founded Hyderabad in 1591. The tombs complex comprises nearly 100 structures, including tombs, gardens, pavilions, and mosques. The site is currently being restored by the Aga Khan Trust for Culture (AKTC) in association with the Telangana Department of Heritage.

The work on the tombs by the AKTC has been remarkable, to say the least. The organisation, which also restored Humayun’s tomb (among many others) in Delhi, also saved the Badi Baoli (stepwell) in the Qutb Shahi tombs complex from collapse half a decade ago after a portion of the stepwell fell due to heavy rains. Today it has been fully restored.