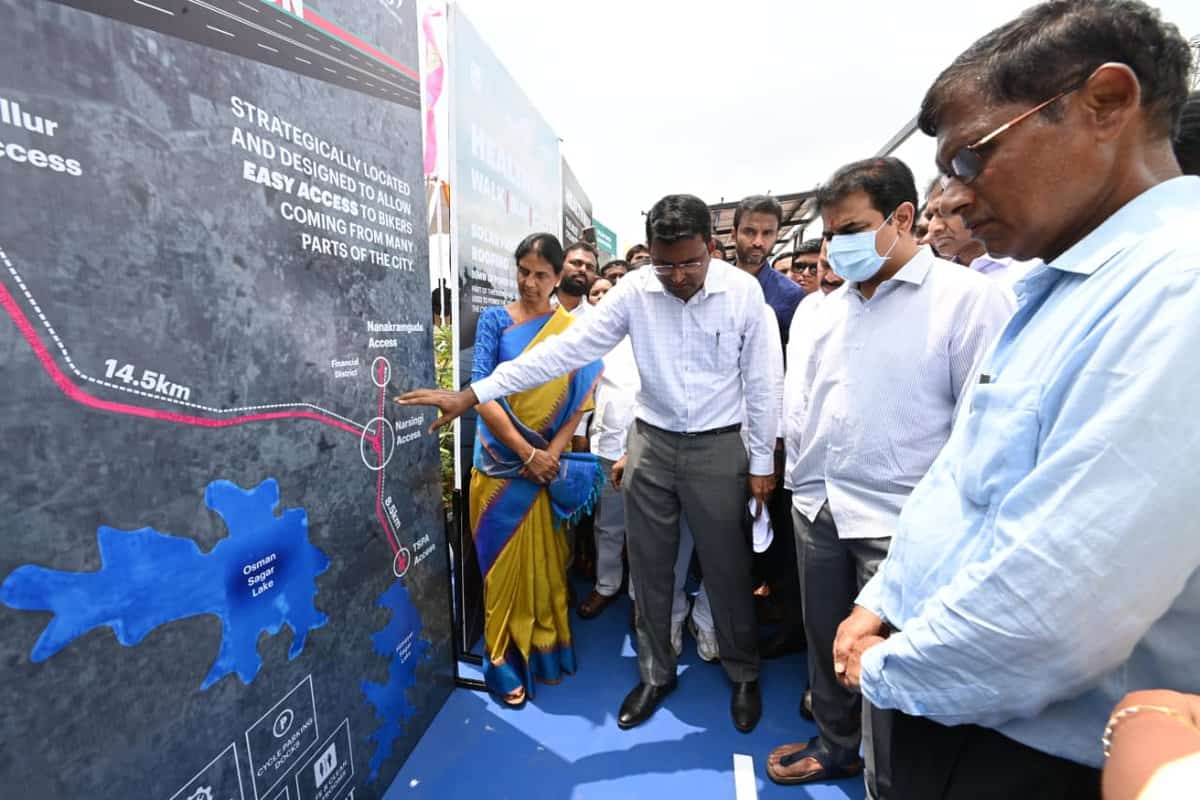 The Hyderabad Metropolitan Development Authority (HMDA) is developing the 23-km cycling track along the service road of the Outer Ring Road (ORR) between Nanakramguda to Telangana State Police Academy and from Narsingi to Kollur, the minister’s official twitter account said.

Speaking on the occasion, Rama Rao said the 23 km-long track would be built in the first phase of the project. It would be completed before the next summer, he said.

Observing that it is not just a cycling track, he said 16 MW electricity would be produced by the shaded solar panels installed on the 23 km-long track.

He said 24×7 CCTV surveillance would be in place along the track to ensure safety.

Cycle rental stations where cycles would be available for a nominal rent are also being planned, he said.

Rama Rao also said tourism would be promoted in the region as the Himayat Sagar and Osman Sagar reservoirs and Anantagiri hills there have lot of tourism potential.