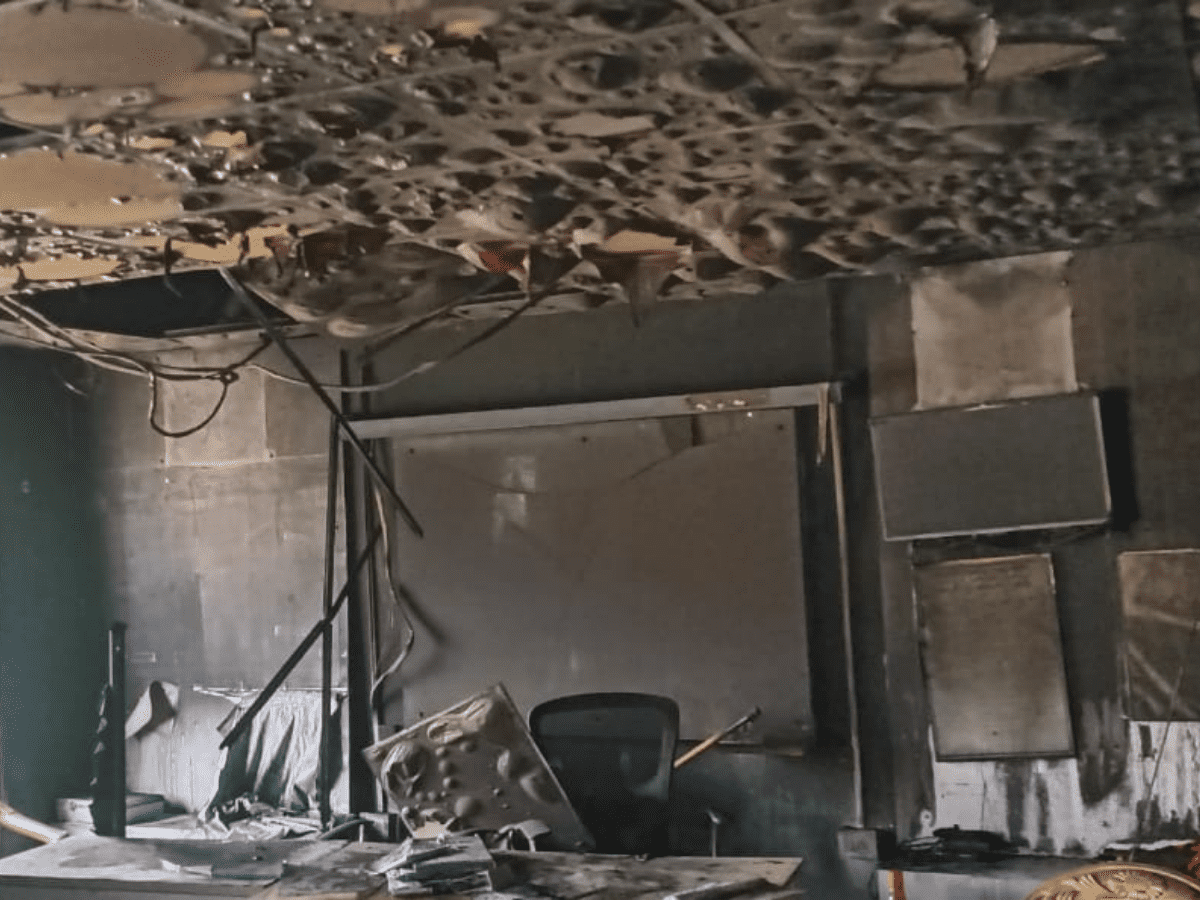 Hyderabad: The massive fire accident that was reported on Saturday at the Khajaguda junction was due to an electrical fire, according to the fire officers present on site.

According to the state fire department, the building has inadequate fire safety measures. “The four-storied building had only one entry and exit staircase. There was no fire fighting equipment installed in the building as well.” the statement said.

“When our officers reached, the entire building was engulfed in smoke. There was no visibility due to the smoke. We had to make multiple vents so the smoke can escape the building.” it said.

It took a total of two hours for the fire department to douse the fire and rescue and evacuate all the 14 people from the building. The total loss of property is still unknown as it is still being assessed by the department.