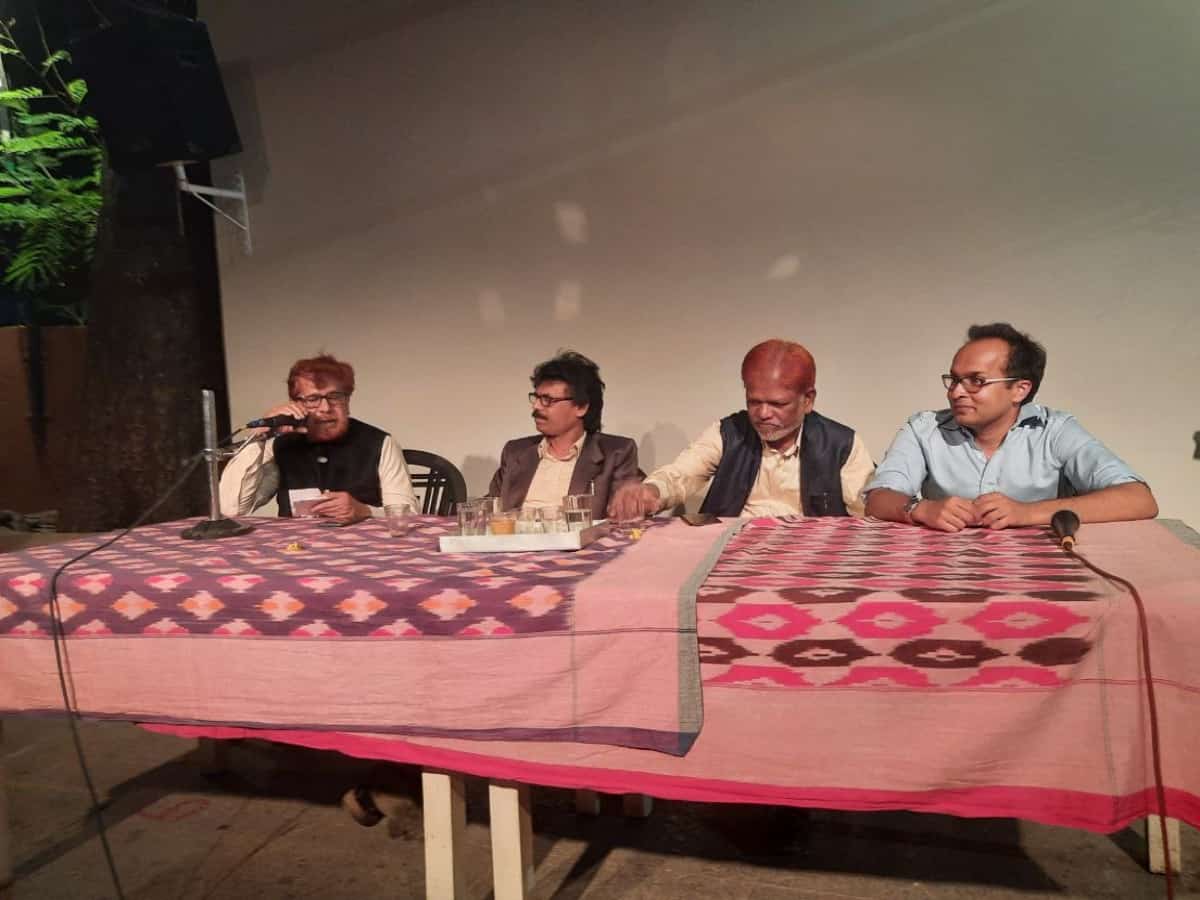 Hyderabad: An event marking Daagh Dehlvi’s 191st birth anniversary was held at Lamakaan on Sunday. It consisted of a panel discussion on the renowned poet, with an emphasis on his contribution to Urdu poetry in India and more specifically in the Deccan region.

The second phase of the event included performances by two of Hyderabad’s renowned poets whose lineage of poetry teachers goes back to Daagh.

The panel discussion on Daagh:

The discussion was largely dominated by Professor Farees, who shed light on the early life of Daagh, and his upbringing in various parts of Delhi and India at a later stage. Even though he was born to Nawab Shamsuddin Ahmed Khan, the ruler of Ferozepur Jirkha, Daagh’s upbringing is credited to Mirza Mohammed Fakhroo, the heir apparent to last Mughal emperor Bahadur Shah Zafar. It is to be noted that the poet’s mother, Wazir Khanum remarried Fakhroo following Khan’s death.

Daagh received primary education inside the red fort under the guidance of a renowned poet Mohammed Ibrahim Zauq. Farees further mentioned that the poet received his pen name from his step father, Fakhroo who was impressed by the poet’s command over Urdu and Ghazal.

Farees then recited some of Daagh’s famous couplets the standout of which remains,

Stressing on the significance Urdu poetry and its influence on the Indian languages, Farees said that Daagh introduced the new version of Urdu language in Deccan. It later helped people to write Ghazals in languages including Tamil, Telugu and Gujarati.

Daagh’s ties with the city of Hyderabad:

The speaker then focused on Daagh’s arrival in Hyderabad to meet Nizam Mir Mahbub Ali Khan in 1887. The Nizam initially turned Daagh down as he wasn’t impressed by the poet. In 1890, the poet tried meeting the Nizam once again and was appointed his teacher.

Apart from Daagh’s appointment in the court, the Nizam also paid the expenses for his travel when the poet was turned away during his previous visit. Farees also mentioned a few of Daagh’s anthologies compiled by his disciples. Some of the noteworthy anthologies include Mahtaab-e-Daagh, Gulzaar-e-Daagh and Aftab-e-Daagh.

Who was Daagh Dehlvi

Every year May 25 marks the birth anniversary of one of the most prominent poets of Urdu, Daagh Dahelvi. Born in 1831 as Nawab Mirza Khan in Delhi’s Chandni Chauk, he is credited with popularising Urdu poetry across the country. He was famous for his romantic Ghazals and for emphasising on Urdu rather than Persian.

He gained popularity among the masses, since his poetry was grounded in reality, unlike some of the other great poets who penned ghazal’s based on their imagination.