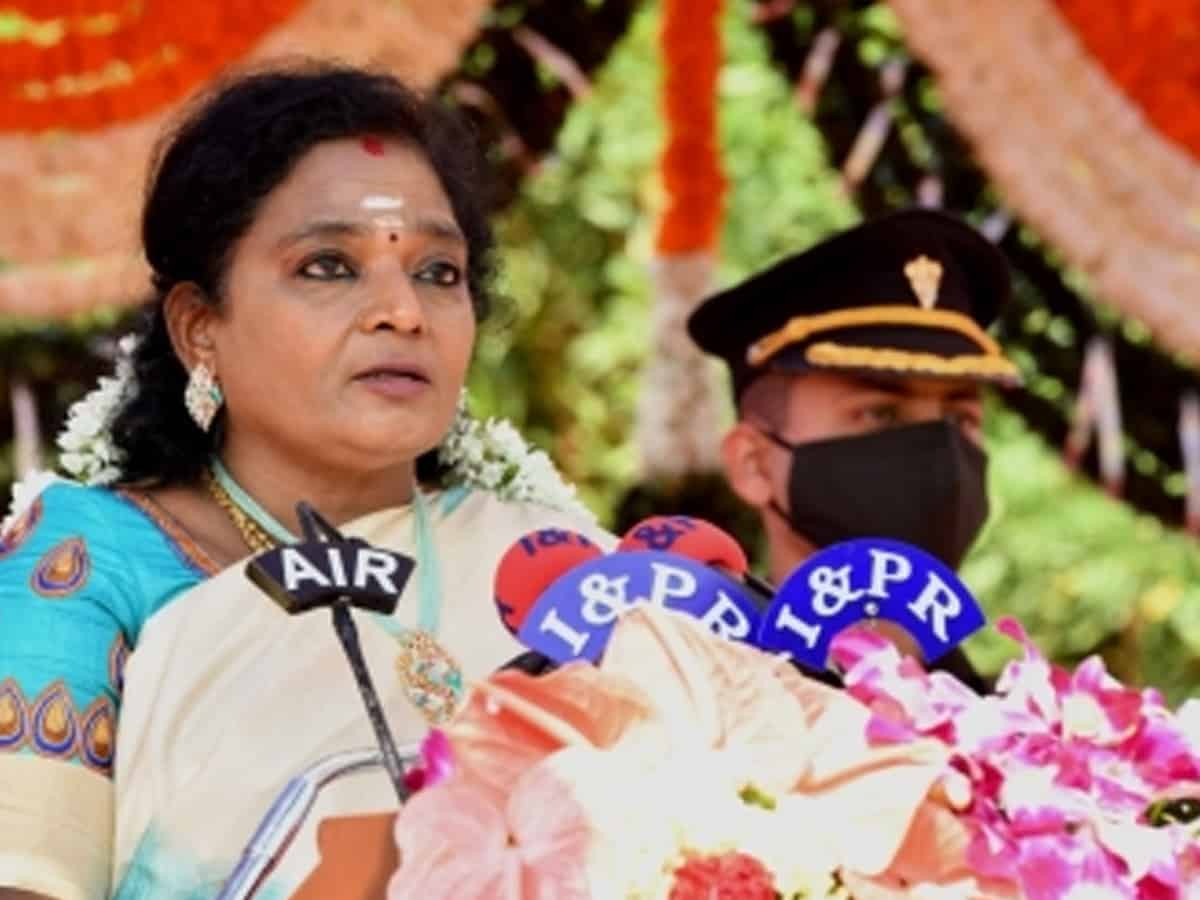 The exhibition is part of the celebrations being organised by the Union Ministry of Culture to mark 75 years of the accession of the erstwhile Hyderabad state with the Indian Union.

The exhibition showcases archival images associated with the erstwhile Hyderabad state and its unification with India on September 17, 1948.

The exhibition will continue till September 17, when Union Home Minister Amit Shah will hoist the national flag and review a parade at the same venue.

The Governor felicitated some freedom fighters who participated in the fight against Nizam’s rule. She recalled the supreme sacrifices and loss of lives due to the atrocities and heinous crimes committed by ‘Razakars’.

She said that it is a moment of pride to celebrate Hyderabad Liberation Day and pay respect to the martyrs and remember the unsung heroes.

Union Minister for Culture, G. Kishan Reddy, who is an MP from Secunderabad, has already announced that his ministry will be organising Hyderabad Liberation Day celebrations. This will be year-long celebrations which will continue till September 17, 2023.

The minister has also invited the Chief Ministers of Telangana, Karnataka and Maharashtra for the event to be held at Parade Grounds on September 17.

Meanwhile, the government of Telangana has announced that the occasion will be celebrated as National Integration Day. Chief Minister K. Chandrasekhar Rao will hoist the national flag and address the people to launch the year-long celebrations on September 17.

The state government also plans rallies by students, youth and women on September 16. A big procession is planned in Hyderabad the next day, culminating in a public meeting at the NTR Stadium. The public meeting will be addressed by the Chief Minister and other leaders.