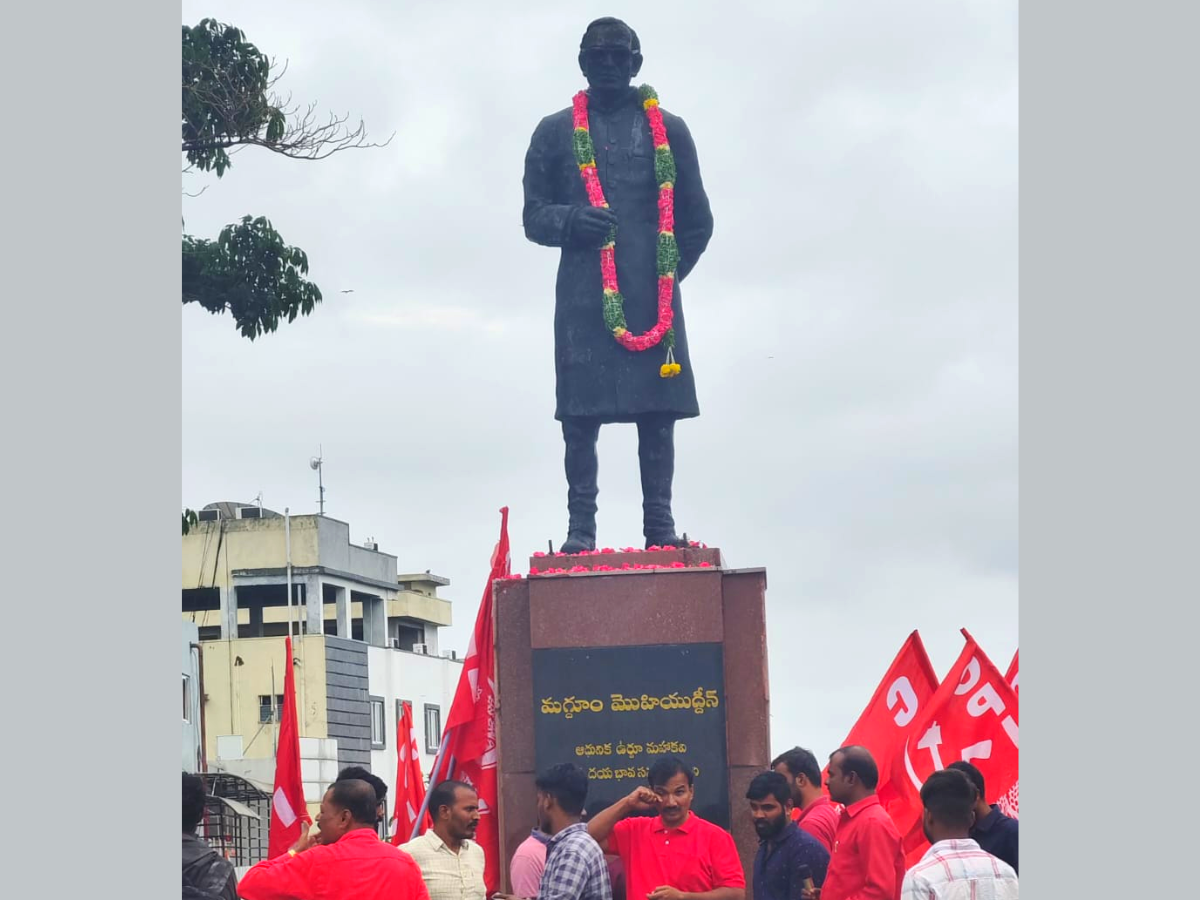 The CPI’s week-long programme is being held in response to the Bharatiya Janata Party (BJP)-led Centre organising a year-long ‘Hyderabad Liberation Day’ event starting September 17, the date on which the erstwhile princely state of Hyderabad was annexed to India through Operation Polo, a military offensive.

However, the irony of the BJP’s demand is that it was literally a non-player in 1948 and in state politics then. Its ideological parent, the Rashtriya Swayamsevak Sangh (RSS), had been active, but its role was very limited given the fact that in Telangana it was the Communist Party of India (CPI) which had taken over most of the rural areas. Many communist legends like Makhdoom spearheaded it.

It was essentially an uprising against feudal landlords by peasants in Telangana. “The flip side of it is that the Telangana Armed Rebellion, which continued till 1951, is another reason the army had stayed back in Telangana, as the then Indian government headed by former PM Jawaharlal Nehru, were wary of the communists, who refused to lay down their arms.

But there is a lot more to Police Action, given that at least 27000 to 40,000 Muslims died due to targeted communal killings in the Hyderabad state. So what started it all? Essentially, the problem started after Mir Osman Ali Khan, the last Nizam of the Hyderabad state, wanted to stay independent and not join the Indian union.

Many CPI leaders from Andhra, like P. Sundarayya and D. Venkateshwar Rao, also led the movement, which continued after Police Action. The older generation of the CPI believes that Police Action in Hyderabad state was initiated more to target communists then than actually the Nizam.

Abu Sayeed Mohammed Makhdoom Mohiuddin Khudri was on February 4, 1908. He was the son of Ghouse Mohiuddin, a superintendent at the Tahsil office in Andol, Medak district. His father died at a very young age and he was raised by his uncle Basheeruddin, who was known to be a god-fearing man.

As a child, Makhdoom studied at the Dharamvant High School in Hyderabad for some time. Having been born in the countryside, the Urdu poet had seen first-hand the sufferings of rural folks in Telangana. A college student in the 1930s, he also became aware of the rise of fascism (Italy, Germany), which was the discussed subject in progressive circles.

Starting with lyrical poetry around 1933-34, Makhdoom Mohiuddin eventually completed the study of almost all outstanding Urdu and Persian classical and contemporary works. He was soon drawn towards progressive, anti-imperial, socialist and anti-fascist thought. In touch with communist writers in Lucknow then, he soon formed the Hyderabad unit of the Progressive Writers’ Association.

On the lighter side, before he got heavily into the Telangana peasants’ rebellion, Makhdoon was believed to be very popular among his colleagues for his jokes and innocent mischief. His popularity as a poet also would grow in the 1930s, at the time same when was translating famous works into Urdu. Eventually, he would become a teacher at the City College.

As his ties with the communists grew, he eventually also organised a student union in 1939-40. Politically charged, the period coincided with the rise of the Majilis-e-Ittehadul Muslimeen in the Hyderabad state under the Nizams. Other Hindu right-wing groups like the Arya Samaj were also active in the state.

Makhdoom, who began organising trade unions in the Hyderabad state, was arrested in 1946 as he had a warrant against him. He was soon released. However, like other Communist Party of India (CPI) leaders, he also went underground over fears of arrest. Jawad Razvi, Raj Bahadur Gaur, Ravi Narayan Reddy etc were some of the other legends who were his contemporaries then.

It was the time of the Telangana Armed Struggle, a communist-backed peasant rebellion in the state against feudal landlords. Makhdoom was also jailed for a while and was one of those from the CPI who wanted to reconsider the armed struggle. During his prison time in 1951, he wrote his then famous poem ‘Qaid’. However, one of his most famous poems, essentially a battle cry against landlords, was ‘Jang-e-Azadi’.

Telangana Armed Struggle, and life as a legislator

Eventually, the armed struggle was called-off on October 1, 1951, and the CPI (then through PDF) contested in the first general elections of the Hyderabad state. Makhdoom had lost the polls but later on, won the Huzurabad seat in a by-election. After unsuccessfully contesting the Medak Parliament seat, he was elected to the Legislative Council where he led the CPI group till his death in 1969.

While Makhdoom is today remembered mostly as an Urdu poet, many tend to, for political reasons, detach him from his communist background and left-leaning. His contemporary and fellow CPI legend Raj Bahadur Gaur also remarked in his book that a “trend” to assert “Makhdoom the artist” was different from “Makhdoom the communist” had begun developing among the poet’s ‘friends’.

However, many who knew him, and are still around, say that Makhdoom was not in any such conflict. “So, Makhdoom the Communist and Makhdoom the Poet, both worked and wrote for the same cause -‘Victory for Love and Labour’, wrote Raj Bahadur Gaur about his former comrade.

(These verses are only part of his original poem)