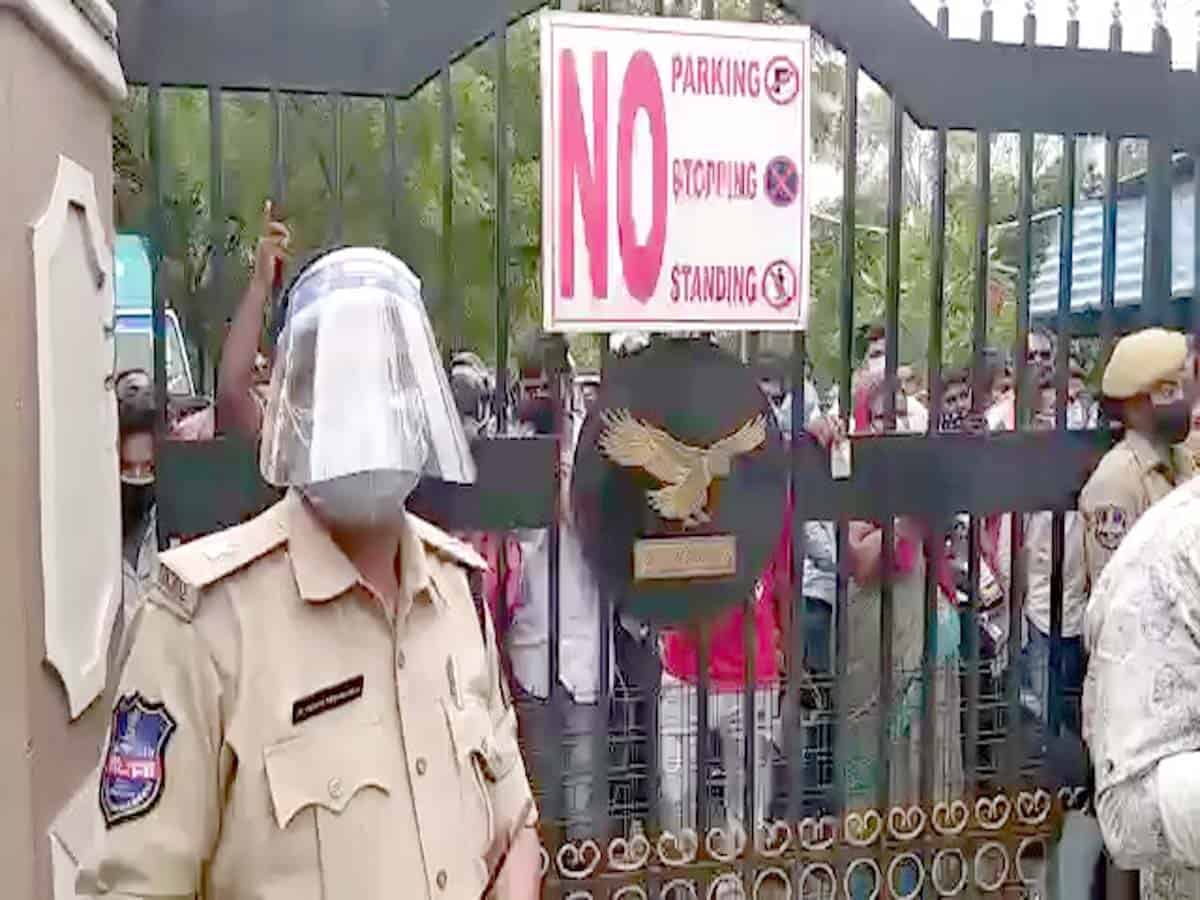 Hyderabad: After enforcing strict lockdown on Saturday which has attracted criticism from the public for using force and random crackdown, the Hyderabad police on Sunday detained several persons who were found roaming on roads without valid passes.

According to the sources, the police on Sunday has planned to punish the lockdown violators not by using force nor seizing their vehicles but detained them randomly in the school premises.

“We have been warning people not venture out of their houses without any valid reason or e-pass, but many have been caught violating the lockdown rules, they have been told to stay in the school premises till evening” said a senior police official.