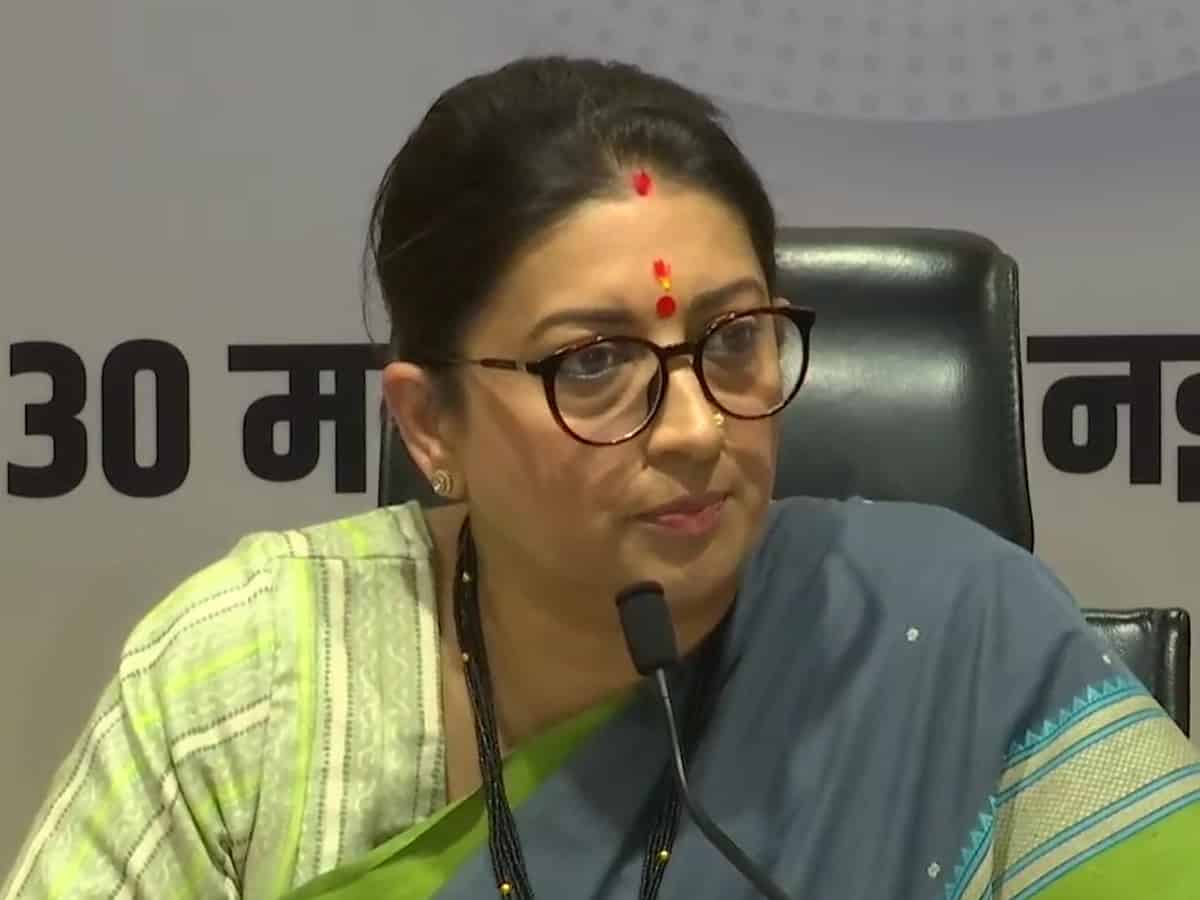 Hyderabad: State Mahila Congress leaders on Friday held a protest condemning the comments of Union Minister Smrithi Irani against their party president Sonia Gandhi in Parliament. The protest was held in front of Gandhi Bhavan. The leaders also burnt an effigy of Smrithi Irani on the occasion.

Speaking on the occasion, Mahila Congress State president Sunitha Rao alleged that Smrithi was making baseless allegations against their leader in order to divert the attention of the people from her daughter Zoish Irani, who obtained a bar licence in Goa illegally. She made it clear that all the people in the country would respect the President of India and added that their party leader Adhir Ranjan Choudhary had already tendered apologies on the issue. She made it clear that there was no need for Sonia Gandhi to make apologies to anybody.