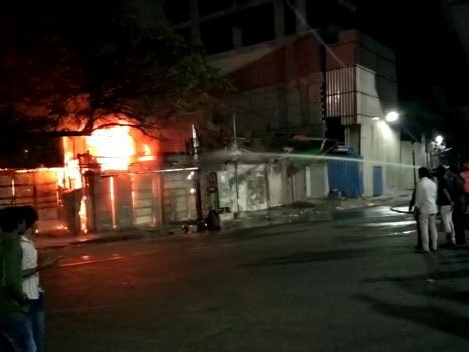 According to the sources, on late Saturday midnight a sudden fire was witnessed near Koti commerciL area upon which the passer-by alerted the police control room.

Four fire tenders from various fire stations were pressed into service and efforts are still on to bring the fire under control. Panic prevailed and flow of traffic was affected due to the fire accident.

The reason for the inferno is yet ro be known,however the Sultan Bazaar police have registered a case and investigation is under way.

Preliminary investigations revealed that the incident might have resulted due to short circuit.