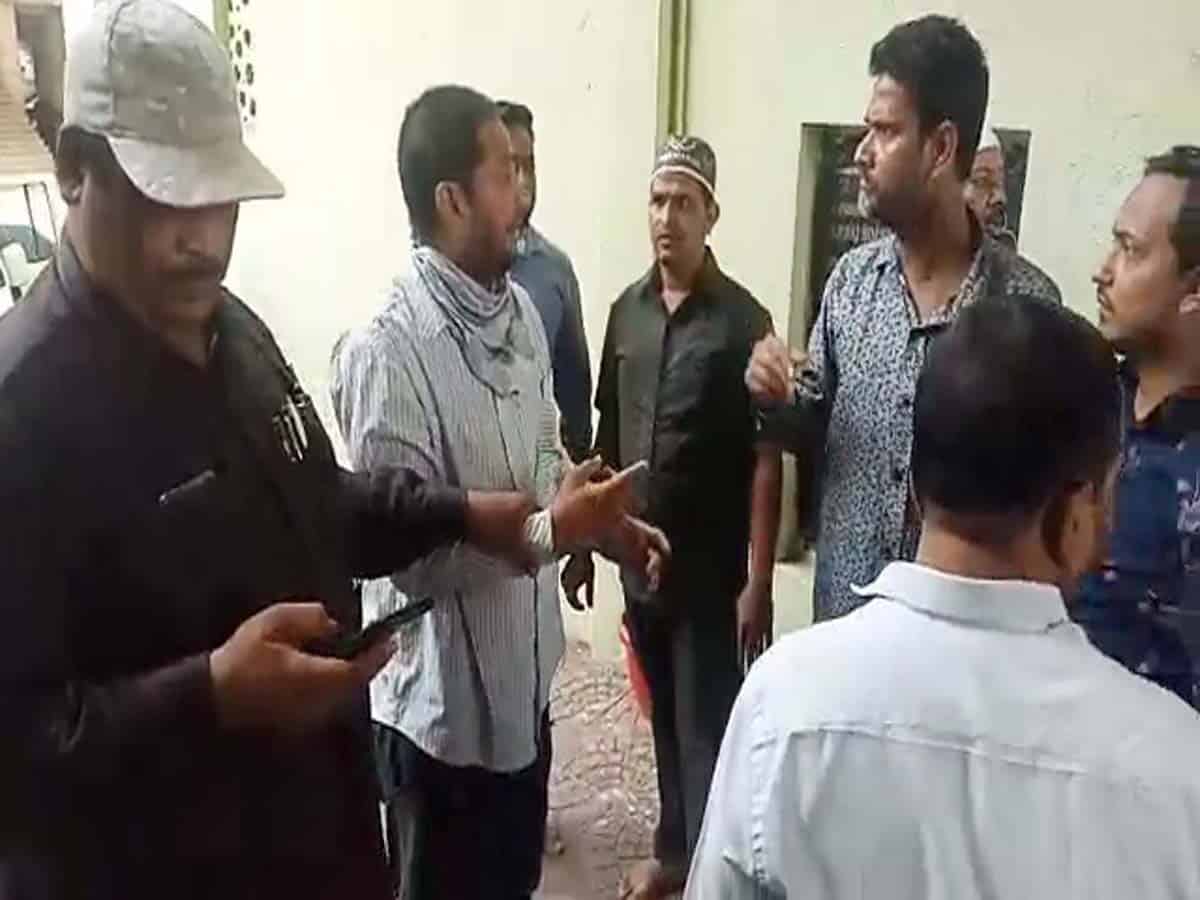 Hyderabad: Commotion prevailed at Telangana State Haj House on Friday after a son-in-law attacked his father-in-law during the prayers.

According to the police, Arshad Pasha (60) a native of Bodhan, Nizamabad district and is a TRS activist. On Friday he came to Hyderabad and attended a funeral in Old city and later came to Telangana State Haj House complex to offer Friday prayers.

Syed Khaliq Mohiuddin (Son-in-Law) spotted his father in law Arshad Pasha and suddenly attacked him on the face, resulting in causing grevious injuries.

The public and the security staff at Haj House caught hold of Khaliq Mohiuddin and informed the matter to the Abids police station.

Initial investigations revealed that the accused was having differences with his in-laws since his wife and a dowry case was also pending against him.

“we have registered a case under IPC section 324 and investigation is under way” said C Anjaiah Inspector Abids Police station.