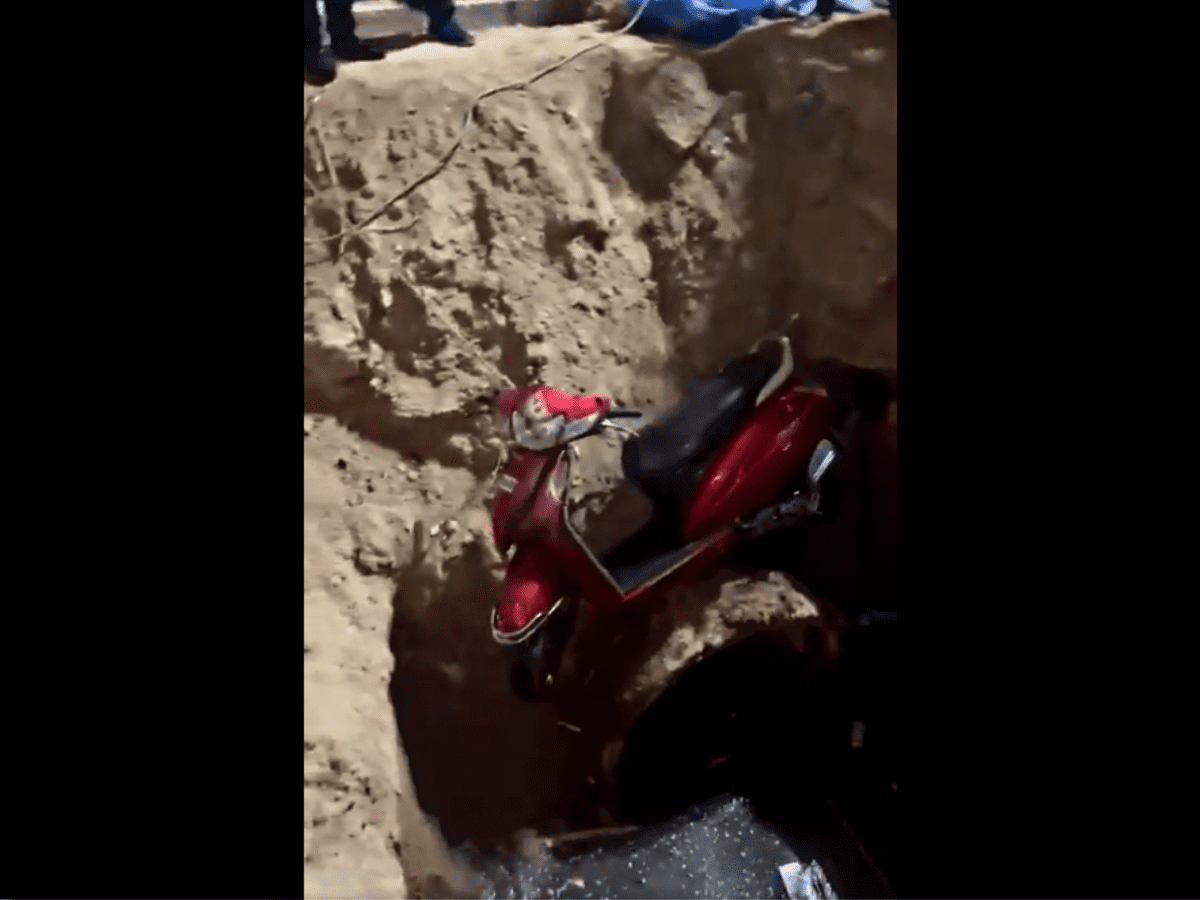 Hyderabad: A man fell into a pit along with his two-wheeler near Crescent School, Old City on late Wednesday night. He sustained minor injuries and was rescued by locals.

According to officials of the Greater Hyderabad Municipal Corporation (GHMC), the half dug-up road is a part of pipeline work that is happening since January 2022. The work will get over by July this year, they said.

When Siasat.com spoke to MV Radhika, GHMC executive engineer, Charminar Circle, regarding the open dug roads and the accident that took place near Crescent School, around Old City, she denied that it was an accident.

“There are barricades that the GHMC have erected around the open dug roads for citizens’ safety. But unfortunately, due to Ramzan and heavy shopping, people are removing these barricades,” she said.

She further stated that there is a high possibility that the man was pushed along with his scooty into the pit by the huge crowd.

“There is no place for two-wheelers or vehicles as there is a massive crowd for Eid shopping near Charminar area,” the officer said.

She also mentioned that the work on the pipeline has been stopped due to the crusher’s strike. “The workers are asking for more wages for a week, and we do not know how long this strike will go on. As a result, we are unable to procure raw materials such as concrete metal to complete the work,” she said.