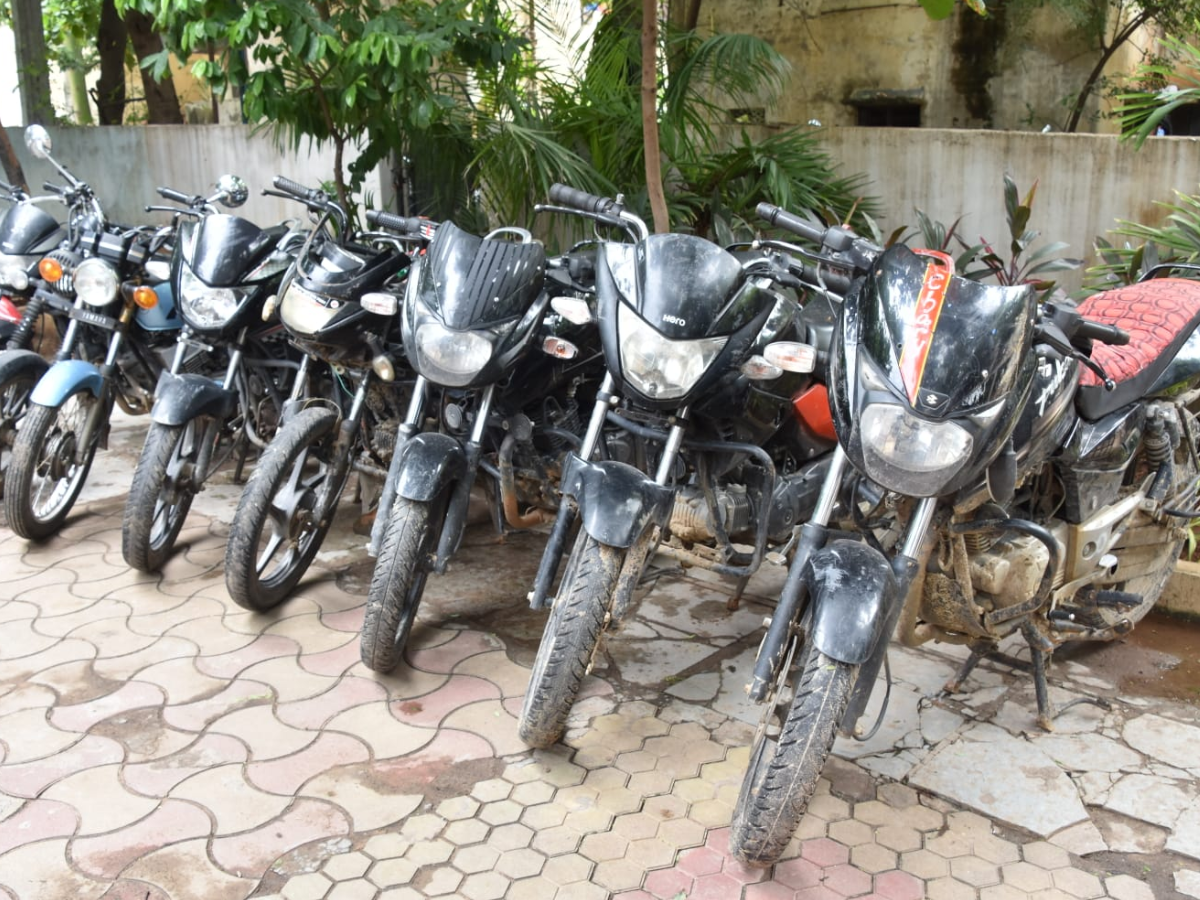 Hyderabad: A 19-year-old man was arrested by the Uppal police on Wednesday and 22 motorcycles worth rupees 13,50,000 were recovered from him.

According to a press release, the accused identified as Vangala Raju was a resident of Nagaram in Suryapet. Raju allegedly used to enter the city at night, identify automobiles parked at bus stops and metro stations, and then use duplicate keys to open the vehicle lock and take the vehicles.

After getting caught, the accused confessed his crime to the police.

The accused Raju was apprehended by police while they looked into theft incidents reported at Uppal Station. In addition to Chilpur and Khazipet in Warangal, he was connected to 22 instances that were recorded in Uppal, Ghatkesar, Kushaiguda, Medipally, LB Nagar, and Bhongir.