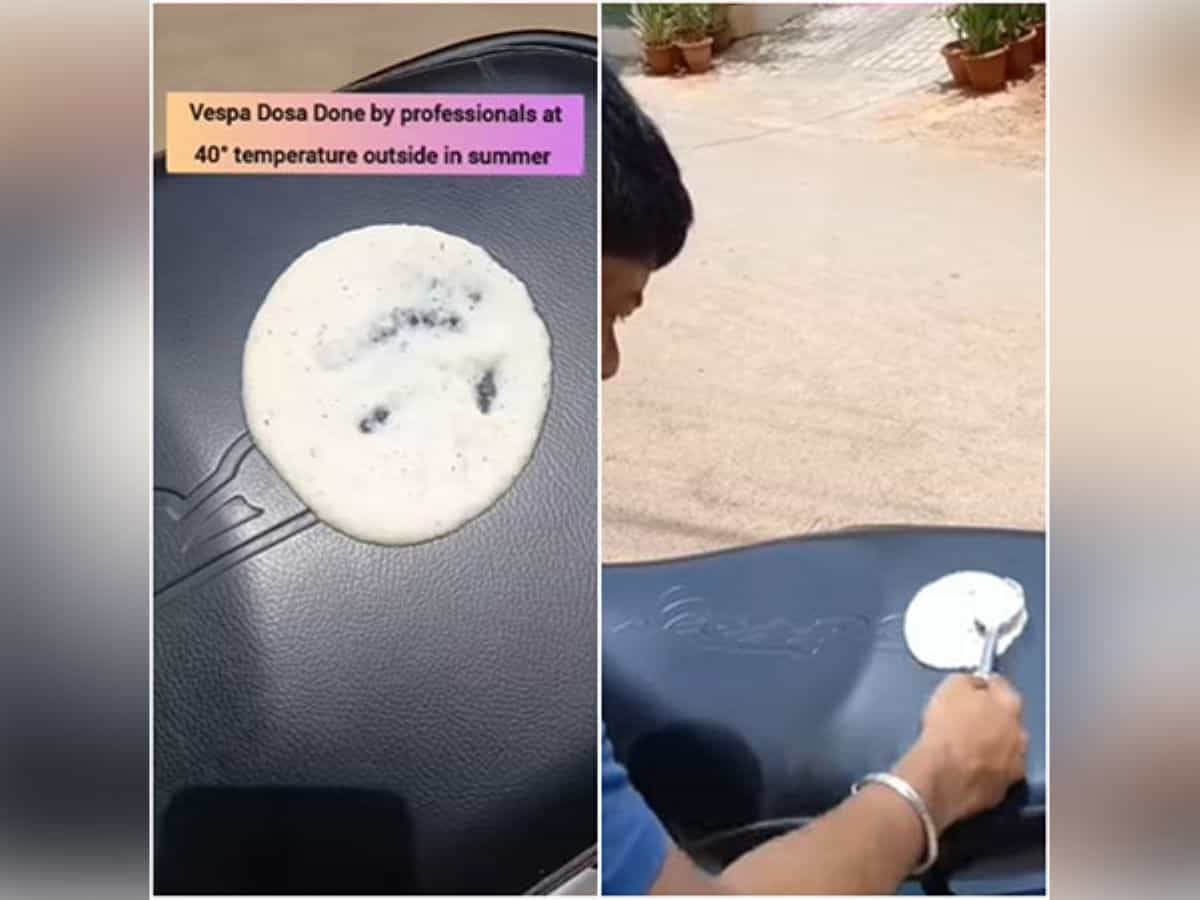 Hyderabad: The rise in temperature has been a big issue for everyone. Many people came up with innovative ideas to utilise the heat which went viral on social media.

A recent video, which surfaced on social media showed a man cooking ‘Dosa’ on his Vespa Scooter, calling it the ‘Vespa Dosa’.

The man in the video poured the Dosa batter onto the seat of his Vespa Scooter, spreading it in a circular motion and then flipped the semi-cooked batter, which appears to be slightly brown in the colour.

“Vespa Dosa Done by professionals at 40 degree temperature outside in the summer,” read the video caption.

As soon as the video was uploaded on Instagram it gathered a lot of attention from the viewers. Netizens called it the ‘Best Kitchen hack’.