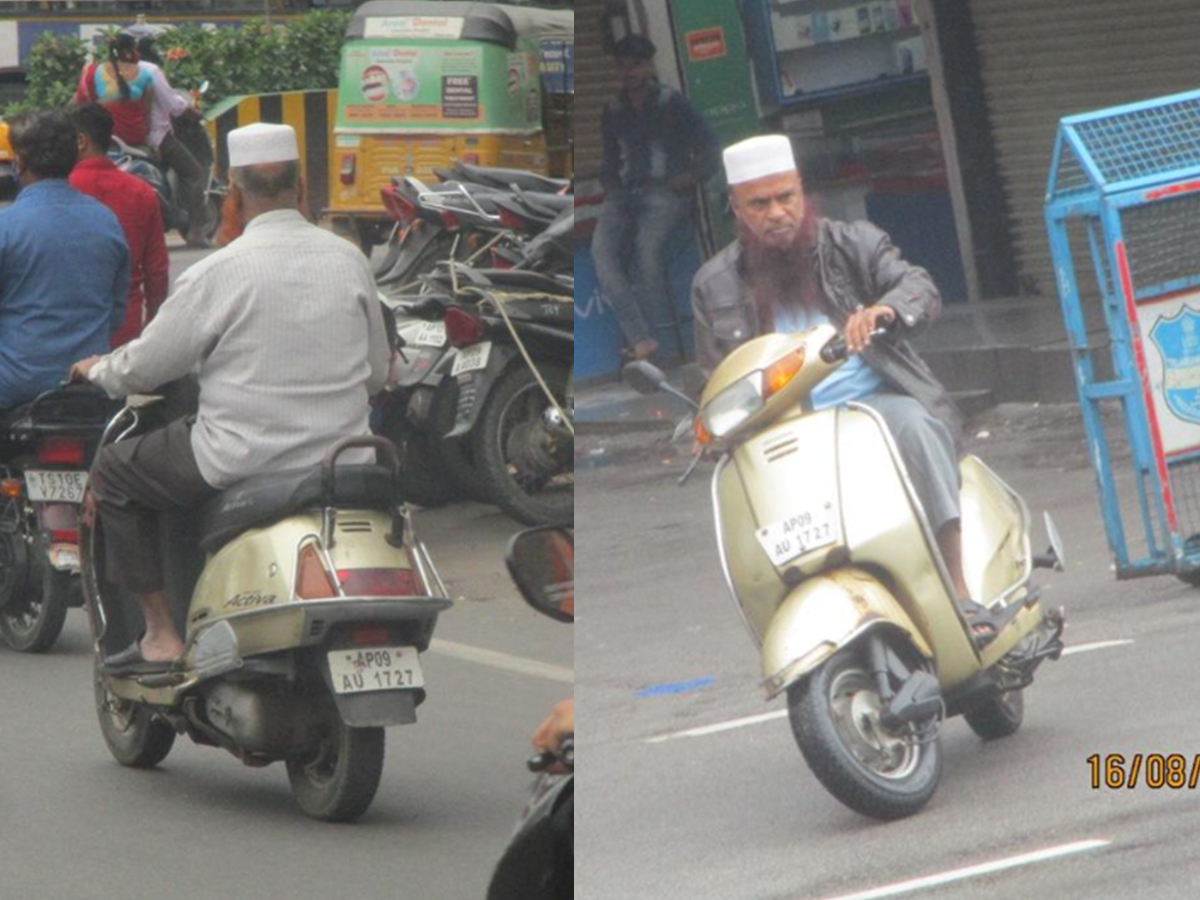 Hyderabad: The Hyderabad traffic police on Tuesday seized a two-wheeler of a man on whom as many as 117 unpaid challans have been pending for the last seven years in connection with various traffic violations in the city.

The traffic police stumbled upon Mohammad Fareed Khan while checking vehicles at Nampally as part of the duty. Khan was caught driving his Honda Activa vehicle bearing registration number AP09AU1727 without wearing a helmet.

When they entered his vehicle number in the e-challan system of the traffic department, they were shocked to find that he had as many as 117 challans on him for various traffic offences including not wearing a helmet, wrong parking and not adhering to COVID-19 norms and not wearing a face mask.

The total amount Khan was due to pay to the traffic police department for his offence was around Rs 20,000. What shocked the traffic police more was that the challans had been pending against Khan since 2014 and he had been getting away without paying any penalty.

In fact, he was also served with a legal notice asking him clear the challan or else a charge sheet will be filed against his vehicle to seize it. But he never bothered to reply to the notice. But on Tuesday, Khan could not escape from the police. They seized his vehicle and served a notice on him to pay the penalty along with interest if he wanted his vehicle back.

For the counselling sessions, the traffic police are preparing a list of the violators, police stations wise. They would be counselled on the consequences of the traffic rules violation such as accidents.

The traffic police will also conduct awareness of traffic norms sessions. After attending the counselling session, the violators will be given a participation certificate, so that they would not repeat the offences.