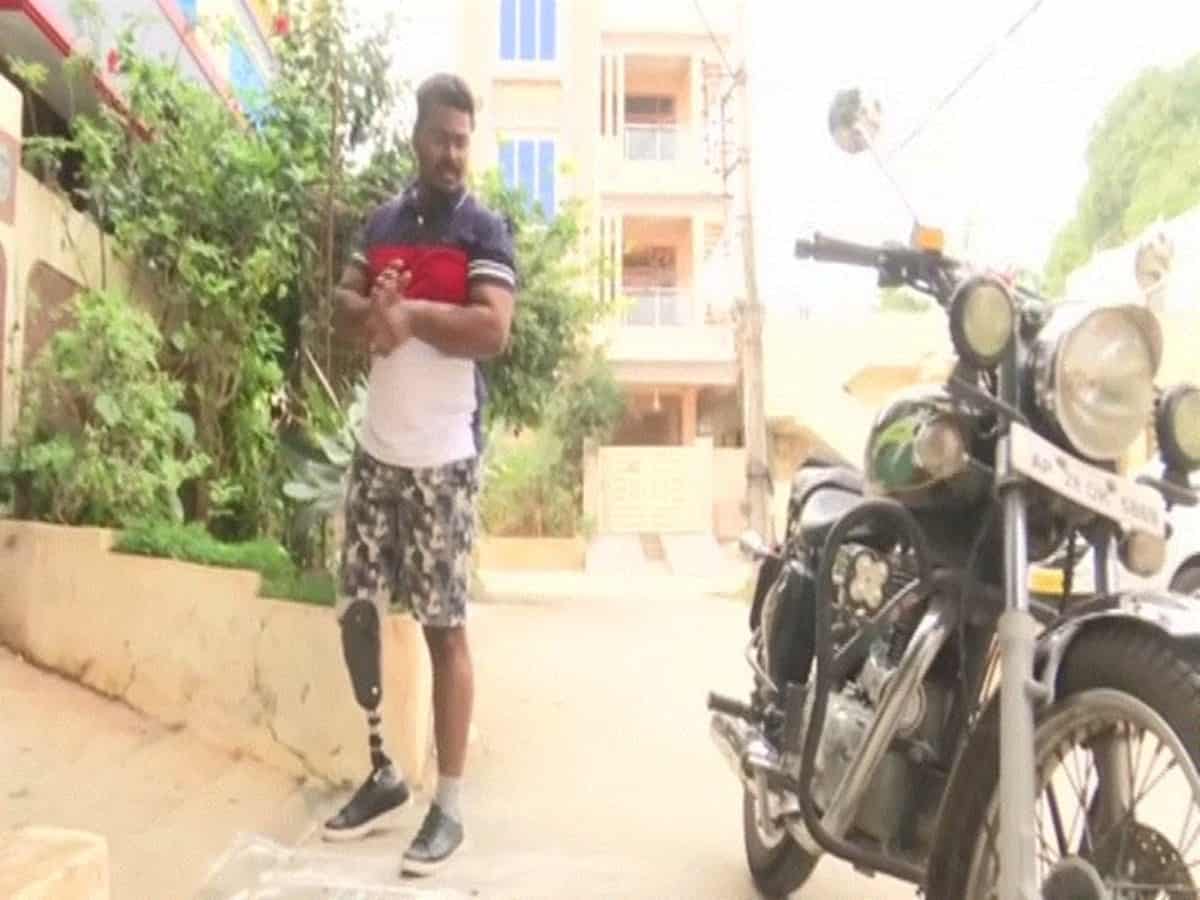 Hyderabad: Despite losing his leg in a tragic accident in 2013, a 28-year-old man from Hyderabad did not let his physical disability become an obstacle and challenged himself to take part in marathons.

Prassana Kumar has now become a source of inspiration for others by successfully competing in marathons.

Speaking to ANI, he said, “I lost my leg in 2013 when I met a tragic accident. There was only an 80 per cent chance of survival. I survived after an amputation. I got my artificial limb.”

Prassana recalled days after the accident and said it was very difficult but he did not give up. He is a professional wedding photographer and a video editor.

Speaking about becoming a marathon runner, the 28-year-old said, “My friends and family supported me a lot. My first marathon was 5 km. I was being cheered by the audience and the participants. I was so overwhelmed that I completed the 5 Km of the marathon in an hour.”

“Later, I decided the marathon of 10 km. I wanted to challenge myself. I started running on the blade by the automobile company. I completed the 10 km marathon in 25 minutes. I practised a lot. I became an inspiration for the people and this feeling is overwhelming.”

Prassana said that the biggest challenging marathon for him was 21 kilometres in Bengaluru.