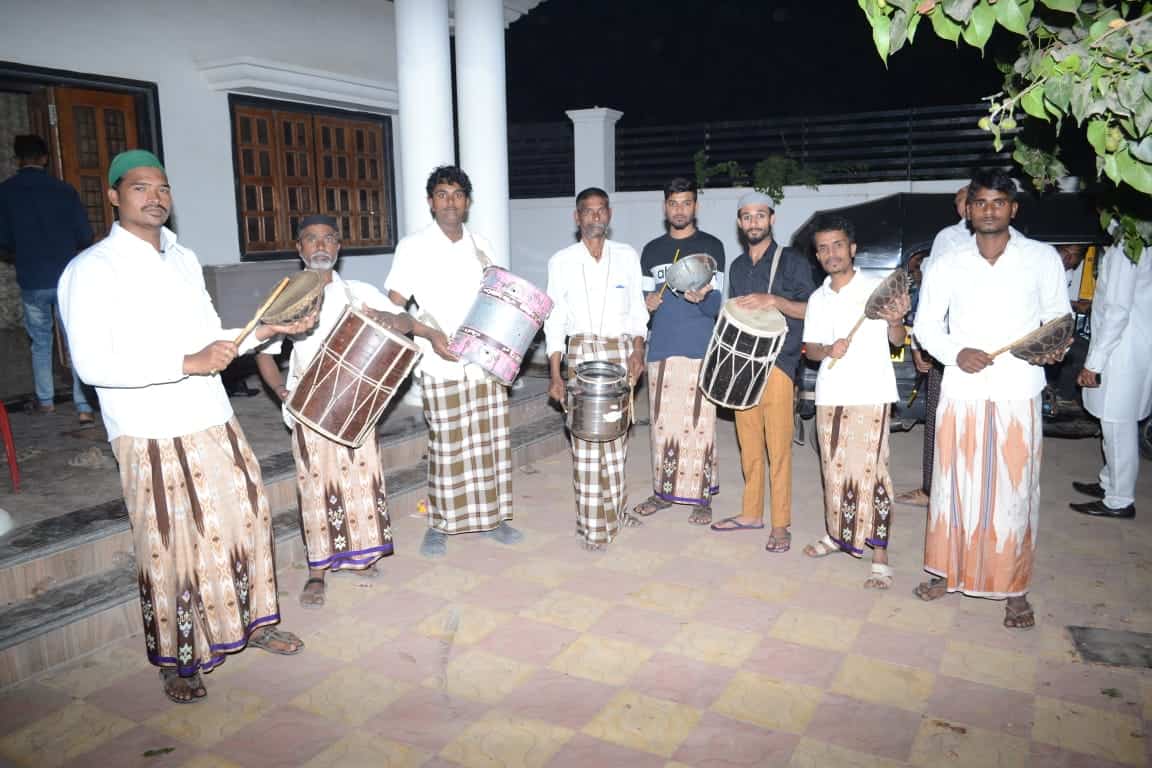 Hyderabad: The two lockdowns imposed here due to the COVID-19 pandemic has devastated daily wage workers and small business owners alike. And Marfa band businesses, which have always been an integral part of Hyderabadi culture and weddings, have come to a point where they are now struggling for survival.

Even though the lockdown has been lifted, it is to be seen if the economy will survive and the bands will find work again. Syed Bashar from ‘Salam Basher Nader Basher Party and Marfa’ told Siasat.com said that the COVID-19 lockdown was enforced just days before the wedding season this year. “That is the main time of the year we earn most of our money,” he noted.

The Marfa band owner said that about 50 people work for him. “We faced huge losses and had to take loans for our survival,” Syed Bashar said, and added that last year’s lockdown also was enforced during the main wedding season, which is right after Ramzan. Like many others businesses, his also hasn’t recovered from the losses they endured.

According to multiple Marfa band owners, during peak season, they earn upto Rs. 700 to Rs. 1000 per person on an average per function. The ‘boss’ or the owner takes a big percentage of the owners, but in other companies the entire amount goes to the owner, who then distributes the money equally to other workers.

Owing to financial hardships, some Marfa artists were also helped by NGOs and leaders from political partie. Mohammed Javed from Marhaba Marfa party said that last year’s lockdown was so bad that they didn’t even have food to eat. “It was because of some NGOs and Hyderabad Lok Sabha MP Asaduddin Owaisi who helped us survive. Myself and other artists each got Rs 10,000 from the All India Majlis-e-Ittehadul Muslimeen (AIMIM) party.

Despite the relief and aid from NGOs and leaders, Mohammed Javed said that things are getting harder and harder for them as the workers continue to face more problems. “They entirely depend on Marfa and most members have no other source of income,” he said. Further, Javed added that some workers manage to drive autos to sustain their families.

Some Marfa parties have been so badly devastated and they can’t see any light at the end of the tunnel. Shahi Arabi Marfa Party’s Mohammed Uzair said that his business also faced many losses that he still hasn’t recovered from, and hopes that things will get better after lockdown. “We did all we could from our side and tried surviving on our savings which are now extinguished,” he added.

According to the Marfa band owners, this year’s lockdown was much better implemented and they could mentally and financially prepare for it unlike last time. They called last year’s national lockdown a “scam” and “betrayal” as Prime Minister Narendra Modi first talked of a one-day lockdown and then later extended it to a few months.

The Marfa bands said that the state government did a way better job this year and some were also provided with relief as well. Regardless, they endured losses and the Marfa groups appealed to the government to waive-off the loans that they took during to lockdown for basic survival.

A brief history of ‘Marfa’

A form of popular celebratory rhythmic music and dance form in Hyderabad, Marfa was adapted from Afro-Arab music of Hadhramaut in Yemen. It is played at a high tempo using instruments such as Marfa, dhol, daff, sticks, steel pots, and wooden strips called thapi. The chorus effects and vocal meter are set according to beats.

The Marfa was introduced during the 18th century in the Hyderabad state during the Asaf Jahi (Nizam) era (1724-1948), by the East African Siddi community, who used to serve as cavalry guards in the Nizam’s irregular army. The Asif Jahi dynasty patronized the art form and it was performed during official celebrations and ceremonies.

The Siddi community also claimed Arab ancestry from the first Caliph Abu Bakr Siddique through the Bayafandi clan of Asir province in Arabia. It was brought here by the diaspora of Siddis and Hadhramis, Ababu Minda Yimene wrote in his book “An African community in Hyderabad.”