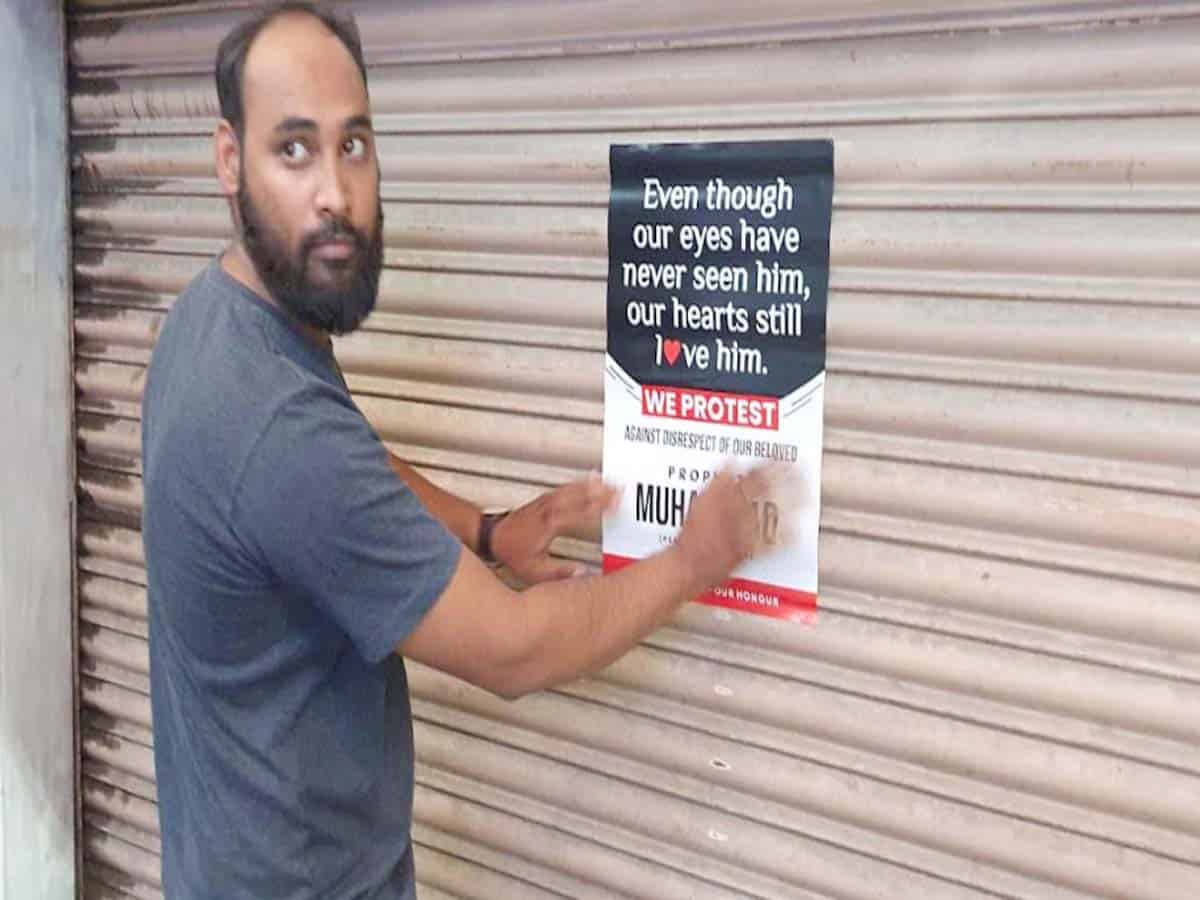 Shops at Famous mobile phone Jagdish market, Troop Bazaar, Jambagh and Abids were shut down in the evening to register the protest against the disrespect of Prophet Mohammed.

After downing the shutters, the shop owners had affixed posters “We Protest against the disrespect of pur beloved Prophet Muhammad” on the shutters.

Amid tenseful situations across the country, city police are on tenterhooks but the sudden protest programme by the owners of the shop have taken them to surprise.