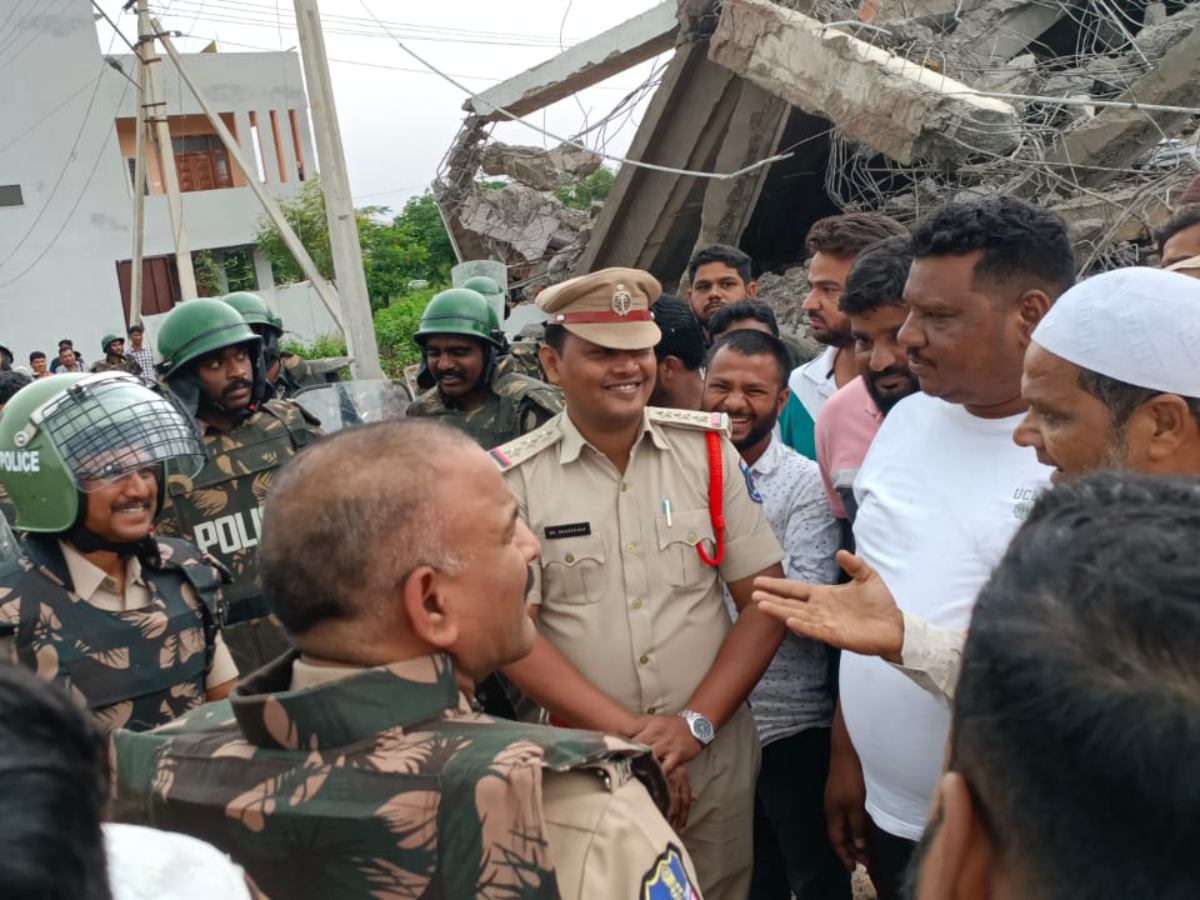 Hyderabad: A mosque here was reportedly demolished at Shamshabad by the local municipality with help from the police. The Masjid-e-Khaja Mehmood was allegedly bulldozed by municipal officials along with the RGIA (Cyberabad) police here on Monday night.

Majilis Bachao Tehree (MBT) leader Amjedullah Khan, visited the spot after learning of it and alleged it was done with a bulldozer. He claimed that the local municipal officials demolished the Masjid-e-Khama at 3 a.m. The masjid is situated at Green Avenue colony in Shamshabad.

“The mosque at Shamshabad was constructed three years back and five times prayers were held there regularly. The colony came up on 15 acres, and a majority of the people staying there are Muslims. In 2016, Taher Ali and Tayeb Ali, of Prestige Infra marked two plots of 250 square yards of land for the mosque and was constructed,” said Amjedullah Khan.

According to Khan, a local resident of Shamshabad in the area named Vishal Singh allegedly approached the court contesting the mosque’s construction. The case over its legality is going on in court, the MBT leader stated. He added that another case was filed by local people against Vishal Singh alleging his house was illegally built.

Amjedullah Khan said the ruling TRS government is “following the footprints of the BJP government of Uttar Pradesh”. He alleged, “Number of mosques and graveyards have been demolished since the TRS party came to power in Telangana,”. Police presence in Shamshabad at the site had reportedly increased in Shamshabad following the demolition of the mosque.

(This is a developing story, and will be further updated if there is any development.)