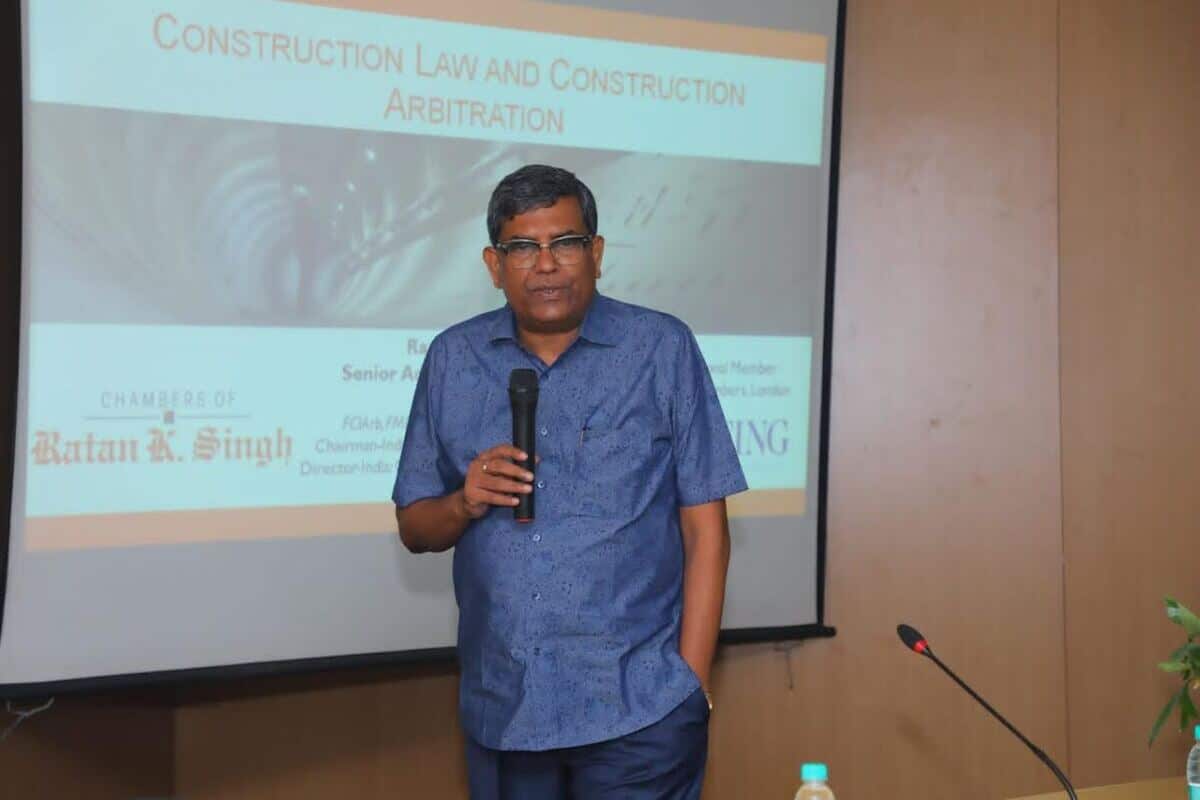 Hyderabad: The Municipal Administration & Urban Development (MA&UD) Department, Government of Telangana, on Tuesday organized a session on arbitration issues conducted by Ratan Singh, a senior advocate of the Supreme Court of India.

“He is one of the finest and leading arbitrators in the country dealing with both domestic and international arbitrations, especially in the field of construction, engineering, infrastructure and mining. His expertise also extends to other complex high-value commercial and civil litigations,” a press note from the MA&UD said.

As the MA&UD Department is dealing with several arbitration cases, this capacity-building session was organized to have complete clarity on construction law, understanding of work contracts, delays and extensions thereto, common disputes– their reasons and nature, and duties and obligations of independent consultants, Contract Administrators and Engineer-in-charge.

A major focus of the discussion was also on proper record-keeping for averting disputes, MA&UD said.

The senior advocate spoke on the method and manner of dealing with construction arbitral disputes in India and around the globe. He also spoke on the requirement of awareness of the law, due diligence, and appointment of professionals for proper delay analysis for determining the reasons attributable to the delay.

The discussion in the session also revolved around the approach of arbitrators in construction arbitrations and factors such as handing over of land versus mobilisation of resources by concessionaires which are common issues in such arbitrations.

Singh stressed the requirement of preparing and updating the baseline programme as and when the delay occurs, and the need for contemporaneous record-keeping and delay analysis, for mitigating probable disputes.

He further spoke on this requirement of preparation and updation of baseline programme to be preferably included as a clause in the contract between the employer and the concessionaire as well as a specific format for providing the delay analysis. He also spoke about the six methods of delay analysis as per standard international protocols.

The senior advocate recommended that all data pertaining to all projects be kept electronically managed so as to ensure that the data was not impacted due to changes in officials supervising the projects and the need for a compilation of data chronologically issue-wise and in the proper format.