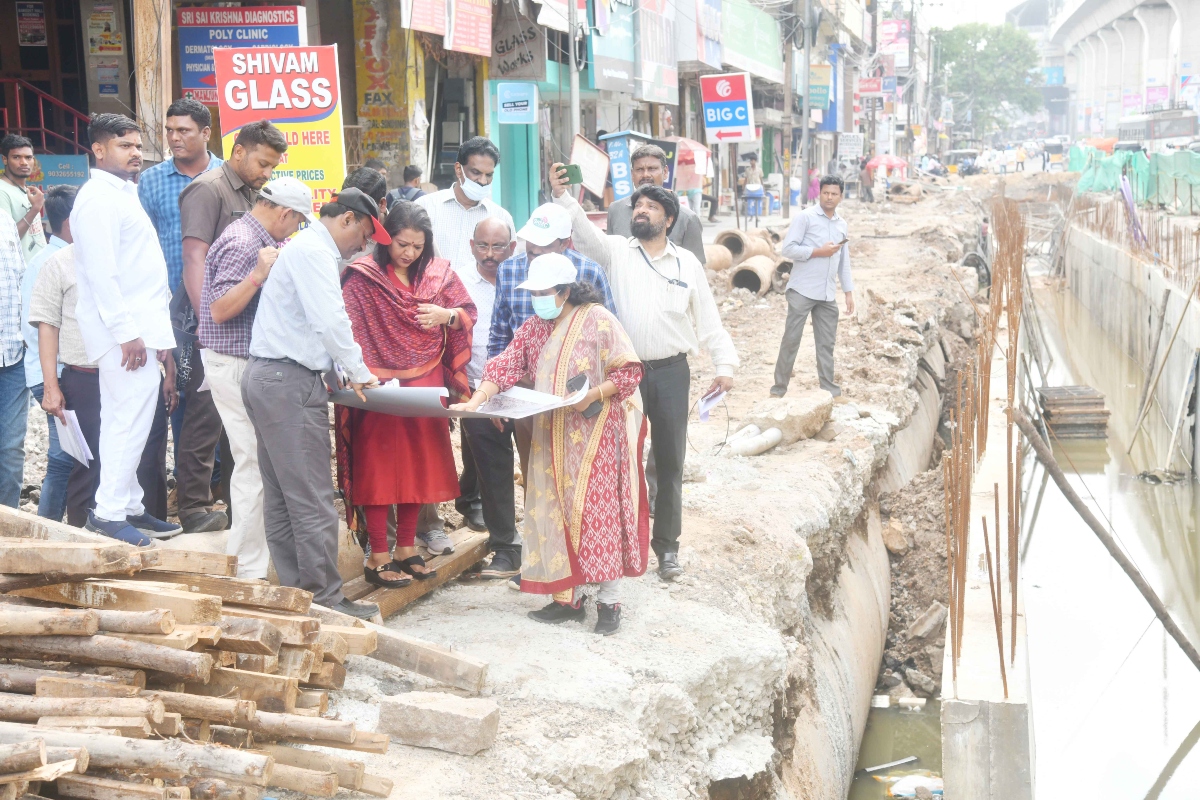 The mayor inspected several canal works being carried out under the project in the LB Nagar zone. Works undertaken at a cost of 21.47 crores at the Saroornagar lake to Chaitanyapuri Colony via Kodandarama Nagar were examined. She also observed the newly constructed dams at Saroornagar lake. Subsequently, the mayor inspected the works undertaken from Bandlaguda pond to Nagole.

GHMC to conduct drives against fast food centers in Hyderabad

10 works at a cost of Rs. 113.59 crores have been undertaken to eliminate the flood problem in the flood-prone areas of LB Nagar zone covering a distance of 14.49 km.

37 works covering a total distance of 54.11 km have been undertaken at a cost of about 1000 crores under the GHMC.

Speaking on the occasion, the Mayor said that steps have been taken to speed up the completion of 36 works under GHMC. “Due to the works done so far, hundreds of colonies will not have any problem of flooding. The GHMC is working hard to complete the works undertaken in LB Nagar soon,” she said.

The mayor explained that all arrangements have been made to continue the work without interruption even if it rains. Warning boards have also been set up along the sites to warn citizens and prevent accidents. Mobile and mini-mobile static teams have also been set up to ensure that the people are not affected by the floods.