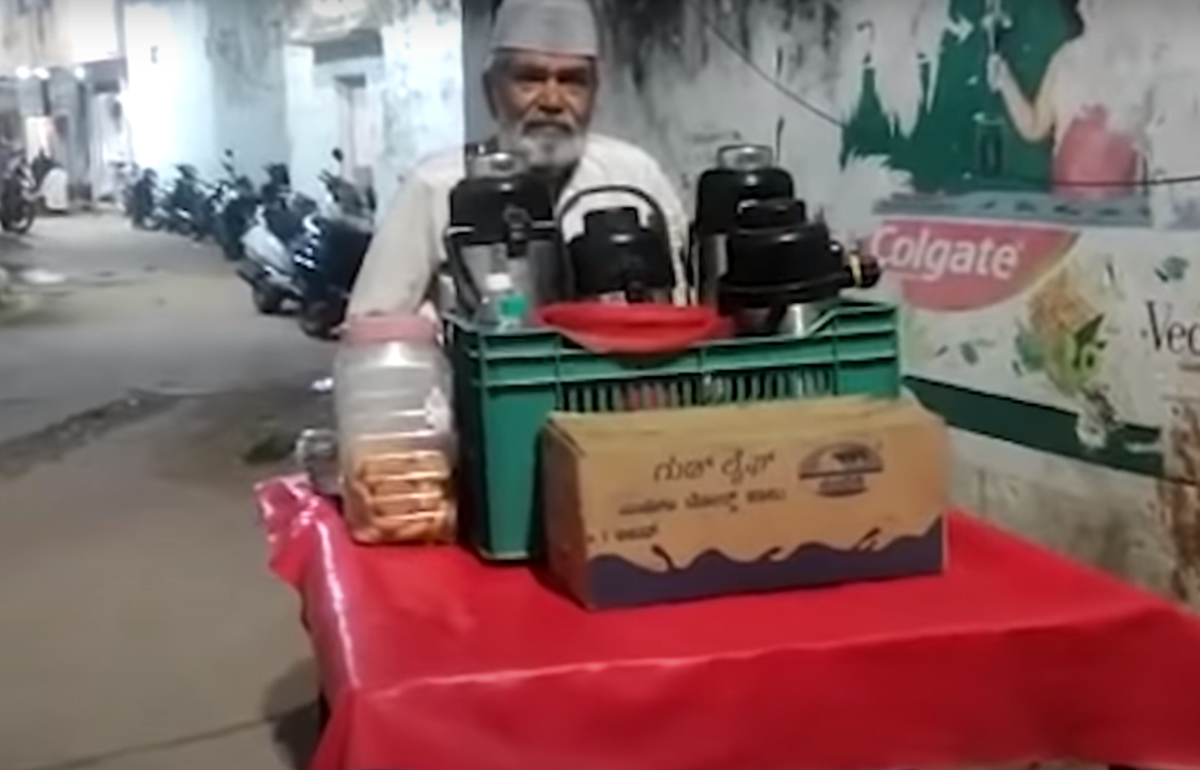 Hyderabad: In an age when hotels and cafes in Hyderabad are in a race to monetize tea at a price no less than Rs 15, meet 85-year old Syed Habeeb Imandar, famously known as ‘Chacha Chaiwala’, who walks through the dingy lanes of Old City to earn a livelihood by selling tea at Rs 5 per cup.

Originally hailing from Solapur, Syed Habeeb came to Hyderabad 15 years ago. He has since established a fulfilling life for himself in the city with his business.

Speaking to Siasat.com, he boasts about his crowd-favorite ‘Rajasthani Masala Ajmeri Chai’ and explains how he single-handedly manages the business right from preparing the tea with various spices to selling it on his handcart in several areas of Old City.

Despite earning a meager Rs 300-350 per day, he stays grateful and owes the marriage of his five daughters to his business.

Syed Habeeb works mostly in areas near Hussaini Alam and starts his day at 6 am and wraps up by 12 pm. Owing to his old age, he says, he cannot work for longer hours.