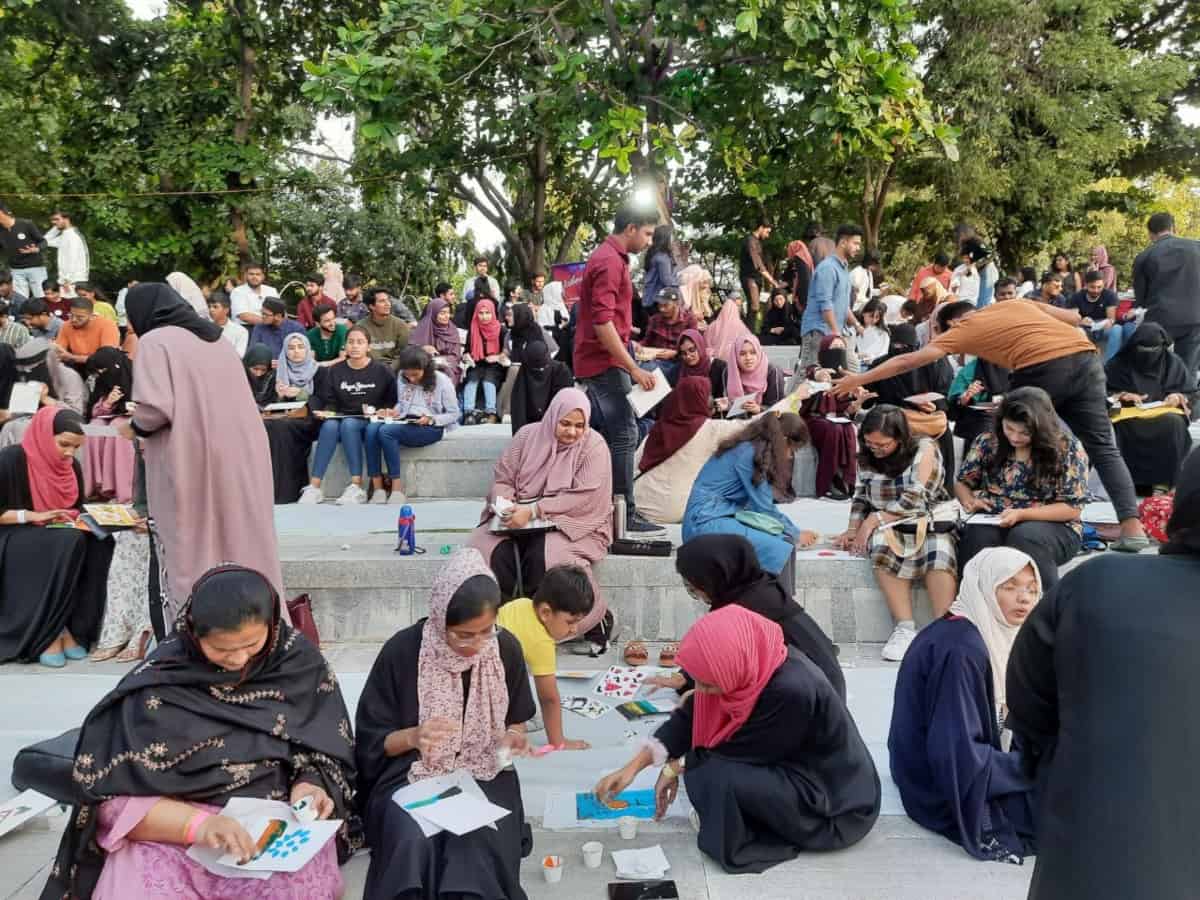 Speaking to Siasat.com founder of Artlexic, Afrah Sameen, a qualified psychologist said, “I came up with Artlexic in 2019 since I found a way to learn through art therapy.” She further revealed the challenges she faced while growing up with dyslexia.

Speaking of the event, Afrah said, “Gooodmind, a startup based on mental health had just begun in 2020 and they reached out to me asking if I could take a few counselling sessions for their clients. I agreed to it, and during a discussion, one of their team members came up with the name FEEL.”

A co-founder of Goodmind, Saniya said, “FEEL is our flagship event where we focus finger painting to provide a platform for people to relax. Apart from FEEL, which happens once a year we also conduct VIBE, a similar monthly event at various colleges.”

Apart from finger painting, Goodmind also allows people to take up an online test called “Assessment”, which helps people analyse their challenges along with specific exercises which could help ease their stress.

Addressing a query on public feedback, Saniya said, “There were quite a few people who came up to me sharing their challenges with mental health saying it was refreshing to indulge in finger painting.”

Over 600 people attended the program on Sunday, expressing pleasure over the turnout, Afrah said, “We were expecting just about 300 people for the event but it is amazing to have such a crowd.”

Sharing her thoughts on the event Akshitha, a participant said, “I have been following Artlexic for a while and this is my first experience as a participant, it feels really nice.”

The founder of Freedom Again Foundation, Mushir Khan who was one of the speakers at the event said, “This is a good initiative, which could help people understand mental health better, rather than viewing it as a taboo.”

The event comprised people of various age groups ranging from toddlers to 70-year-olds. A participant named Mohib said, “I came to know of the event from a friend and wanted to know more about it. It was a fine experience.”

Apart from the activities mentioned above, open mic poetry and music were also organised where a few artists performed per the theme. A few startups from Edventure Park, a city-based incubation centre also set up stalls displaying their innovations.