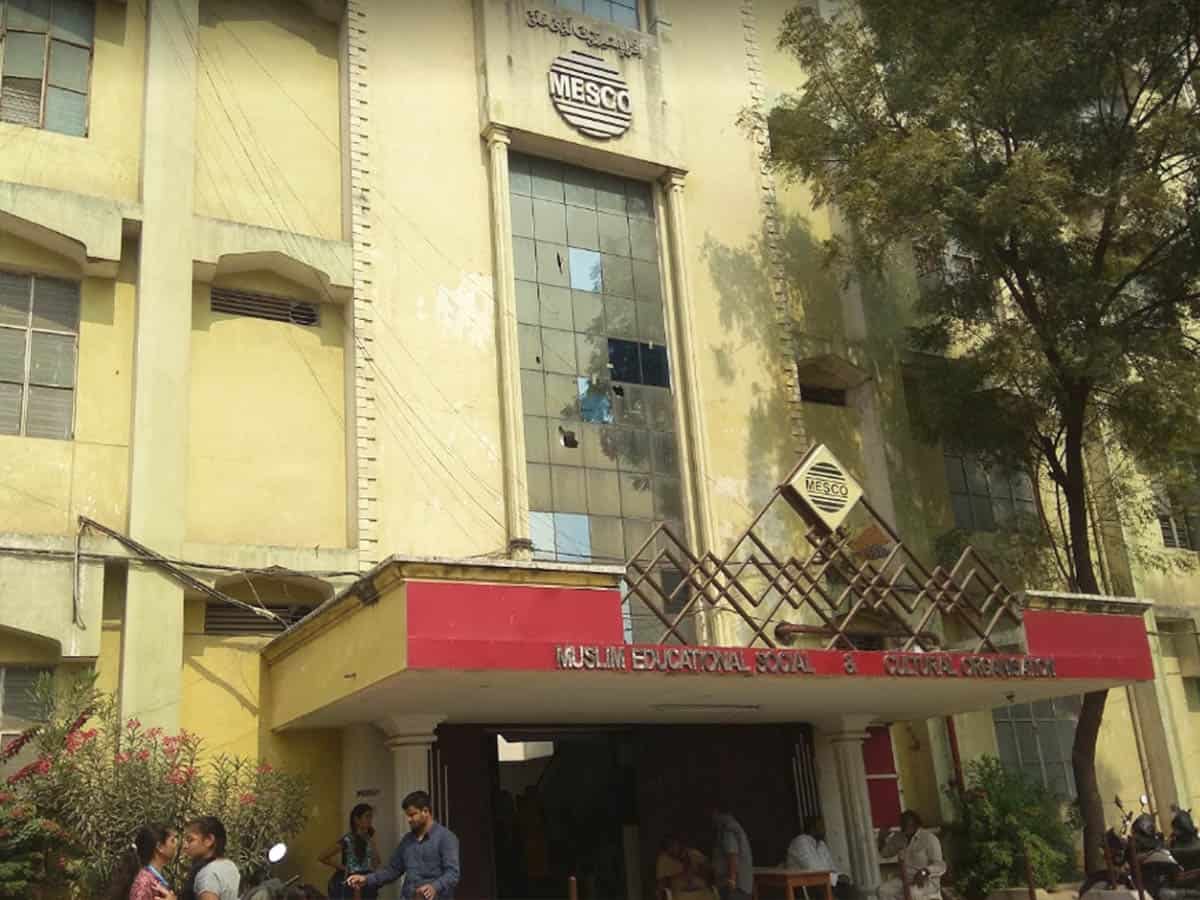 Hyderabad: Adding credence to the accusations by staff members of the Mesco College of Pharmacy, a letter from a member of the MESCO Society has surfaced, which alleges that the institute has not been paying its employees their salaries regularly.

The letter, reportedly written by Mesco Education Society member Syed Zakir Hussain, also addressed many irregularities and leveled other allegations against the management of the society he is part of. The leaked letter, a copy of which is with Siasat.com, mentioned that employees have many grievances and that the Pharmacy College staff and others were not paid the salaries even during Ramzan in the last four years.

“Moreover fee reimbursement by the government of Telangana state for minorities is also received, it is necessary to check why salaries were not paid,” said the letter, which also urged the MESCO management to review the performance of all employees of MESCO for their continuation and to address the disparity in salaries.

The letter also spoke about allegations of misappropriation of funds, collection of the donation, diversion of funds, cheating, fraud, misrepresentation, irregularities using fictitious faculty, misleading Government agencies, courts, and others including members of the society.

The staff member also said that because of this mismanagement, everyone is going through a very hard time and their families are suffering, especially due to the ongoing COVID-19 pandemic. When contacted, Dr. VH Shastri, principal of MESCO College of Pharmacy said, “The management has taken up this issue (regarding salaries).” He however hung up before anything else could be asked.